Katrin Magnussen meets a man with a mission to make music

Leroy Johnson is in a good mood. Outside may be dark and rainy, but Leroy’s infectious laughter is brightening up the café where we are meeting to hear about his new venture.
“I turned 44 two days ago and I’m not getting any younger,” he laughs, “but I think it’s really important to give something back to the young people.”

What Leroy wants to give back, is his passion and knowledge about music, and how to enable a possible career in the industry. A radio presenter and DJ, with his own radio station In-Sync and distribution company under his belt, Leroy is now launching a social enterprise for 18-24 year olds.

“I am the kind of person who says ‘do what you are good at,” laughs Leroy as he explains how he wants to use his 20 years’ radio experience to help disadvantageous youths and ex-offenders in Lambeth get a foot in the doorway and make themselves more employable. The course will focus on teaching the youngsters music and radio production, video editing, and jobs skills.

In January 2014, Leroy himself was discharged from Brixton Prison where he had been detained for 12 months following a disagreement with a neighbour. “I should never have been convicted” says Leroy seriously, but attributes his spell behind bars with opening his eyes.

“I have travelled a lot, but prison was an experience; there are a lot of interesting people in prison!” He adds mischievously; “I think everyone should spend a day in prison!”
Whilst in prison, thanks to his radio experience, Leroy became involved with the National Prison Radio and launched his own radio programme titled Connoisseur’s Corner. “I played a lot of ‘old skool’ music, but because I was unable to use the internet whilst inside, I had to write lists of artists for the people in the studio to search for the music online for me.” 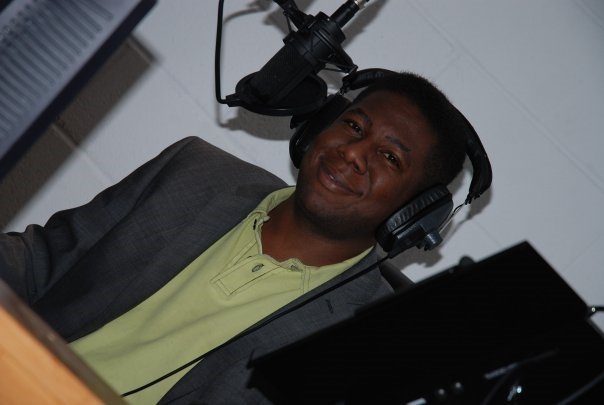 As a result of doing the NPR, he became a presenter with the BBC-produced Outside In programme and was put into contact with The Centre for Justice Innovation. “They do a six-month programme called StreetCraft where they select three companies across the UK per year to receive a £15,000 scholarship,“ explains Leroy, “and I was lucky enough to be chosen!”

The first batch of students on Leroy’s social enterprise course is set to start in September and he is hoping that he might also get one of his own five children involved with his business.

“My oldest son is 20 and I have wanted to get him interested for ages, but he is into mechanics and cars and stuff. The rest are into football, “he laughs.
For Leroy, music is in his blood.

“Mine was a musical household; my dad played the trumpet in A band, one of my brothers sells specialised music, the other one does remixes and my two sisters work for music companies. My mum was the only one not in music – she was feeding everyone instead!” Leroy’s laughter trills.

His passion for music is evident, as is his keenness in helping youths back on track after prison. “I know that no one in South London is doing this, so I think it is a good thing,” concludes before scuttling back out into the Brixton rain.