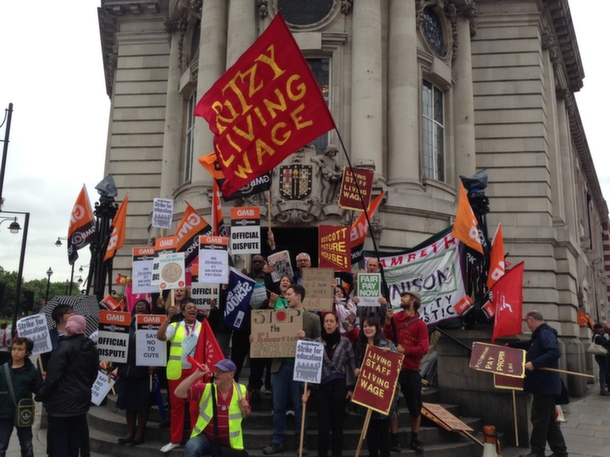 All libraries and 60 schools are closed or partially closed today during a national strike over pay.

Members of the National Union of Teachers have joined public sector workers from Unison, GMB and Unite the Union in the walk out which has also brought libraries and other council services to a halt.

Picket lines were manned outside Lambeth council buildings, with a lively protest outside the town hall including members of the Ritzy Living Wage campaign. The cinema is also closed until 5.30pm.

Over one million public sector workers were expected to support the action across the country, over pay freezes and a cap of 1 per cent on some public sector pay rises from 2012. 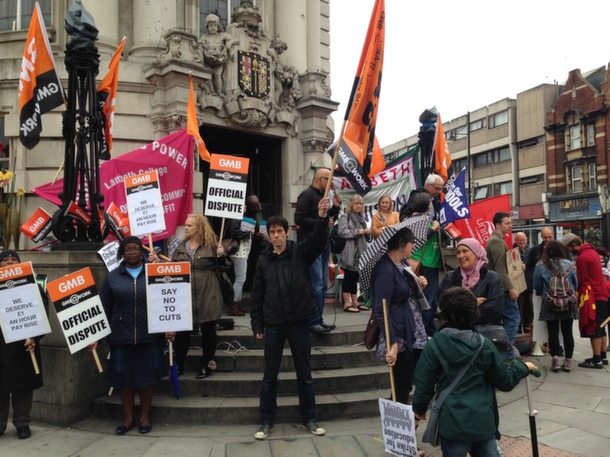 Last night, the Ritzy campaign gathered even more momentum when it was featured on Channel Four News just after 7pm. Members of the Bectu union there are engaged in a bitter fight for to be paid the London Living Wage by their employers Picturehouse.

According to Lambeth council, 40 schools were closed, while 18 were described as “partially open”.  A spokesman confirmed that all libraries are expected to stay closed today.

A spokesman for the Government said the “vast majority” of workers did not vote for today’s action and said early indications suggested “most are turning up for work as usual”. They said the vast majority of public sector workers had not voted for the strike. 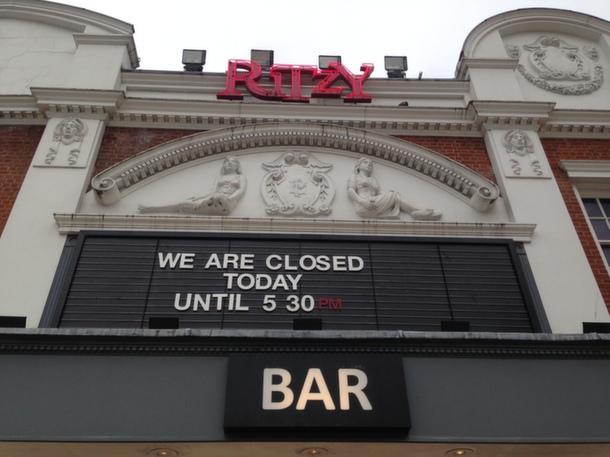 Dave Prentis, head of Unison, told the BBC that “enough is enough” over pay freezes. He added:  “When Cameron brought in the two-year pay freeze, our local government workers, our members, had already had a one-year pay freeze.

“So they’ve had a three-year pay freeze and then a 1 per cent increase when inflation has gone up by something like 20 per cent,” he said.

Human Rights Watch Film Festival at the Ritzy this weekend

A tour of Brixton through sketches

Laid Bare Records launch party at Upstairs at the Ritzy