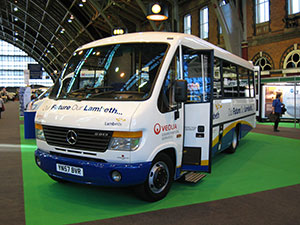 Lambeth council spends more than £1 million each year transporting children with special educational needs (SEN) to special schools outside of the borough.

In response to a cabinet SEN review report in November 2012, the council are developing 105 additional places for children with SEN in mainstream schools and academies and an additional 110 places in special primary and secondary schools in the borough.

By contrast, in-borough placements cost an average of £21,000 and incur travel costs of less than £4,000 annually.

If the council achieves the number of internal placements suggested in its report by 2018, it will save £5,291,000.

It is estimated that the total costs of these provisions in 2014-15 will be £1.17 million, however this will be met by the Local Authority High Needs Block, which us defined by the Department for Education.

In Lambeth, 75 per cent of children with profound Autistic Spectrum Disorder (ASD) are educated in other boroughs.

The Vanguard, a free special school for secondary age children with ASD established by the National Autistic Society, was scheduled to open in Lambeth in September. Neither a temporary nor permanent site has yet been found for the school.

“We’re beginning to recommission services. There’s been an inconsistent service around speech and language therapy and we’re working hard to assemble sufficient finance to deliver this.”