It’s not often that you hear a laundrette described as a “community beacon” but Tumbles on Railton Road has become just that to the many people who use it in Brixton. Sadly, it is under threat of closure. We spoke to Dorrell, manager, on what this place means to him. Photos by Antonio Sansica 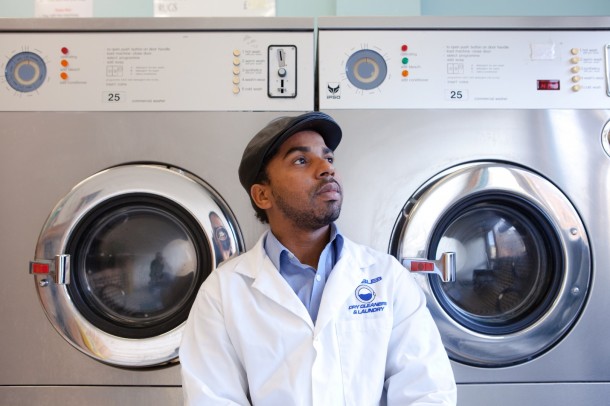 “Brixton does have a feel of a community sense. It reminds me of growing up in Jamaica and the holistic approach to life. Everyone looking out for each other.”

Dorrell’s approach to running his laundrette is, truly, holistic. He doesn’t just want to do a good job, he wants to help people, make them feel welcome and be there in difficult times.

Tumbles is a laundrette. It smells fresh, huge washing machines rumble away, and there’s a sewing machine station set up for any alterations you might need. Behind the counter is the man who runs it all and behind that, through a narrow passageway, is an extraordinary room filled with hissing steam machines, racks of clothes and massive tumble dryers.

But it’s not just a laundrette. When I was told about Dorrell, he was described as a man who goes “out of his way to oblige his customers and be helpful, opening early in the morning and staying open until late into the evening. The laundrette has become a community hub, in which the Railton Road community go not only to use the facilities, but for a chat, or simply to get warm. Residents from a neighbouring Afro-Caribbean mental health organisation are often to be found hanging out there, and are made to feel welcome and valued.” In the Brixton Bugle a few months ago, Binki Taylor – who owns the shop Circus – even named it one of her top five places in Brixton.

I’d heard all of this before the interview, but when I meet Dorrell I am still surprised at just how much of a boon to the local area his shop has become. He describes how, in recent months, there have been several muggings on Railton Road. His shopfront has acted as a “beacon” for those people, because the laundrette is open late on a lonely part of the street. The people who were mugged came to him to use his phone to call the police and find help. “Railton Road is quiet and long. I am here until 9 or 10pm. It acts as a help.”

His actual customers, too, get the benefit of Dorrell’s sense of community. He has recently set up a system of picking up clothes for elderly people, pregnant women and mothers with young children, to make it easier for anyone who doesn’t always find it possible to lug a sack of dirty clothes down the road. He washes them and delivers them on the same day, all for the same price you would pay if you walked into the shop.

Tumbles has a selection of books in the window that people share between themselves while they are waiting, it has a clean toilet free for anyone – customers, joggers off the street, passers-by – to use. And there’s a first aid kit in there if necessary too.

But all this is at stake, because – in a story that has become all too familiar to Brixton – a re-development of the building means Tumbles may have to close. Railton Road will lose something truly special in the shape of Tumbles launderette. We’re hoping Dorell finds somewhere nearby to continue the project… 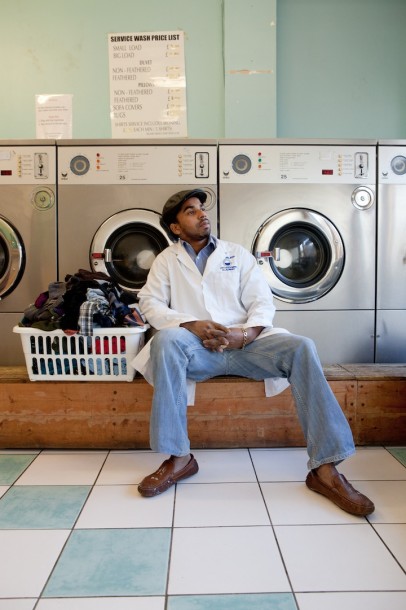 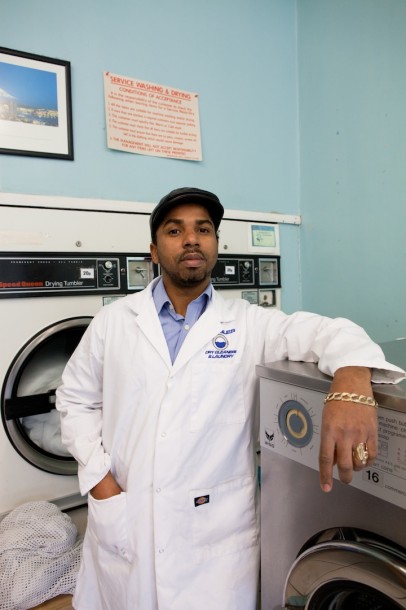