In case you were wondering why the Brixton Blog has a windmill as its logo then wonder no more! Just by Blenheim Gardens is Brixton’s very own windmill, which dates back over 200 years. This Saturday 7 April, the windmill is opening its summer season with the first of the Building Tours.

Amy Baker from London’s Stories chatted to Jean Kerrigan, a member of the group responsible for the Windmill’s restoration – The Friends of Windmill Gardens about its history, how she became involved in the group and the array of events being held there this summer

“The Windmill is a Grade Two star listed building under the English heritage status and that means it’s quite an important building. It’s almost 200 years old, was constructed in 1816 and worked as a windmill up until 1862.

When it was built, this part of London was open fields – it seems extraordinary to think of it now because most people don’t even know it’s here. We used to call it ‘Brixton’s Best Kept Secret”.  It’s so hidden away, it’s only when you get to the gates of Windmill Gardens Park that you see it.

There used to be 12 windmills in Lambeth. Some of them were saw mills, some of them made materials for a pottery works down on the river and there was one that was owned by apothecaries who used to grind drugs.

A little bit of agricultural history slap bang in the middle of urban, vibrant Brixton. It captures people’s imaginations. It’s bizarre that it is here but it’s also wonderful. We’re sitting here and I know that we can hear the police cars up and down Brixton Hill but if you look at the windmill – you could be in the middle of the countryside!

The same family of millers worked the mill its whole life. They were called the Ashby family and they came from a long and rather extended Quaker family, many of whom were millers in other parts of the country – it was in their blood.

The miller wasn’t always the most popular person – because they were the rich ones! Not all of them were gentle, nice dusty miller types – a lot would charge high prices to mill people’s flour. Our millers were Quakers though so I am sure that they were nice!

The mill stopped functioning in 1934 and then the Second World War came. Unbelievably, the mill survived even though some of the out-buildings got hit by bombs.

After the war in the 1950s, there was a big drive to build new houses and rehouse everyone. There was a proposal to pull it down and build flats here but fortunately enough people objected to that to stop it happening.

From the middle of the 1960s to the early 1980s, people would come to visit. A lot of people, particularly on the Blenheim Gardens Estate remember coming here as children. The residents remember that terrible point in the late 1980s when it started to become very derelict. You hear all sorts of stories about graffiti everywhere and people climbing to the top and setting it on fire!

I love Brixton. I just think the thing about it is that it’s always exciting, it’s always vibrant. It’s a real community. There can’t be many other places in London that would get 25 people out bright and early on a Sunday morning to become guides at a windmill. That’s testament to those people.

I was born just outside London and have lived in London nearly my whole life. I moved into Lambeth in 1974. When I first came to live in Brixton in 1979, I lived at the top of the hill at New Park and then I got rehoused into these flats and when I walked in and looked out of my window, I couldn’t believe that there was a windmill there!

From 2003 onwards the friends of Windmill Gardens group was set up and we started seriously campaigning for it to be restored. We had to persuade the council to help us put in a bid for Heritage Lottery Money. Our third bid that was successful.

I think the main reason we got the money in 2010 was because of all of the work that the friends of Windmill Gardens had been doing with the community.

The Friends are made up of such a mixture of people. Young people, old people, retired people, people from the estate, locals, people who have an interest in mills. It’s amazing, you sit in this park and people come by all the time to look at it. It’s a real attraction.

For information on events at Windmill Gardens – including the festival on May 7 – head to the Friends website for more details and show your support. There are details available for anyone interested in becoming a guide or a friend of Brixton Windmill. 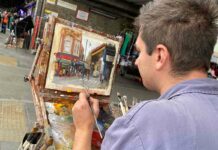 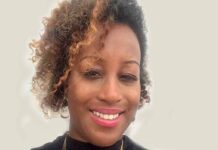 On 10 April 1981, the streets of Brixton became the heart of an Uprising. Much has been said and written by the commentariat, politicians...