Lambeth’s largest primary school, Durand in Stockwell, has just become an academy under Michael Gove’s education reforms introduced in May. Gove had anticipated that academies would become the ‘norm’ in British education when he introduced the reforms and over 2,000 schools had expressed an interest since May, but only 32 new academies opened for the start of the school year this month. Academies are designed to give more independence to schools, but they have come under fire for being more socially exclusive, unpopular with many headmasters and with little evidence of success in other countries. 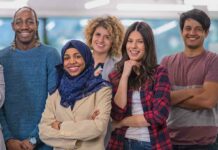