There was more than one important penalty shoot-out yesterday – and it was a lot nearer home.

Archbishop Sumner primary school girls’ football team took on Vauxhall primary in the final of a tournament involving five teams from the Brixton Learning Collaborative (BLC) and Vauxhall, from a neighbouring cluster of schools.

Hosted by Archbishop Sumner, it saw 12 matches with non-stop action over three hours.

“The standard was consistently high during all 12 matches, despite the high temperature,” reports the BLC.

“The final between Archbishop Sumner and Vauxhall went to a nail-biting penalty shoot-out, with Vauxhall getting the decisive goal.”

Zamyrah, from SW9’s Christ Church primary, was player of the tournament for her outstanding play in goal.

BLC is hoping to organise training days and start a girls’ primary school league in the next school year.

Last month, four schools from the BLC took part in a dance workshop centred around the World Cup in Russia.

With the help of professional instructor Ricky Blackett of Sly Dance, eight participants from each school put together a dance routine in just two hours that culminated in a performance before an audience of 250.

It reflected the sport, and the customs and traditions of Russia.

The routine was a great success, with the audience performing the role of supporters in the stadium as the dancers acted out the story of a match.

The Brixton Learning Collaborative is a group of 14 schools and children’s centres working together to support pupils, staff, families and the local community through partnership working. 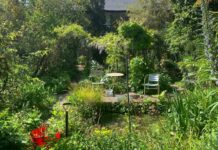