Claudia Jones is well known today – giving her name to a street in Brixton, for instance.

Her role in establishing the celebration of African-Caribbean culture and a newspaper for Caribbean people in Britain and as a civil rights activist saw her face on a Royal Mail postage stamp in 2008.

But the explanation that accompanied the issue of this stamp made no mention of a central aspect of her life.

What the establishment was happy to overlook, author David Horsley goes into in detail in The Political Life and Times of Claudia Jones, published by the Communist Party’s Manifesto Press.

Horsley’s book details both the relentless persecution of Claudia Jones – born Cumberbatch – in the US and her tireless political activism there and in Britain.

It was activism in a context that no longer exists. The Soviet Union, although fatally flawed, offered an example of revolutionary change and promoted and facilitated internationalism.

Horsley’s book details Claudia Jones’ life as a revolutionary and internationalist – rescuing her from the role of an establishment-pleasing founder of newspapers and carnivals.

Claudia Jones campaigned and networked on an international stage, meeting Mao Zedong and Martin Luther King among many other leading figures.

But this brief biography does not ignore her achievements in publishing and culture.

Regarded by many as her greatest achievement, The West Indian Gazette began life in 1958 in rooms over Theo’s Record Store at 250 Brixton Road, moving to Station Avenue, Loughborough Junction, in 1963.

It became a hub for many activists, including Sam King, the first Black mayor of Southwark, who was circulation manager.

In 1959, she founded the London Caribbean Carnival, but its events were indoors over five years in London and Manchester. It also attracted current or future superstars like Cleo Laine and Mighty Sparrow to perform.

It was only after her death that the people’s carnival in Notting Hill was established.

Horsley concludes that much of Claudia Jones’ writing is available in books and online and that “a huge effort must be made to ensure these are studied by activists”.

Richard Golah-Ebue, aka Ricky G, a British-Nigerian poet was born in South London and was homeless for two years in the early 90s, but was later able to achieve a degree in philosophy from the University of North London and an intermediate degree in law from Birkbeck College, University of London.

He donates £1 to charity from each copy sold of his book of poems, The Leaves that Die.

Reading it is akin to viewing a collection of visual creations by a surreal artist.

There is a palette of scenes, words, and sounds. In each poem they are put together in ways which defy simple understanding but combine to create powerful moods and emotions.

They also contain references to English poetry classics – Shakespeare, and Wordsworth’s The World Is Too Much With Us, for instance.

Among growling cars, silent screams and dawns are multiple references to weather, dreams and shadows.

The poems’ mysterious messages are reminiscent of some of Lambeth resident William Blake’s poems, and they follow the avant-garde pioneer E E Cummings by abandoning all capital letters.

A giant condom on the town hall flagpole

Radical Lambeth 1978-1991 is altogether too terse a title for this book.

If, when seeing it, your heart sinks at the prospect of a learned diatribe on the evils of capitalism and the errors of the 57 varieties of leftists fighting it, relax. Radical Lambeth is a well written and entertaining read.

It’s as much about the wonderfully rich and radical culture of Lambeth, and particularly Brixton, at that moment in time as it is about the minutiae of local authority and national politicking.

And it has a cast of characters ranging from Peter Mandelson to Naomi Campbell.

Author Simon Hannah knows what he is talking about. He works for Lambeth council and is a leading trade unionist there.

As he says in his introduction: “There is no room for halos when you get down and fight dirty in the environs of local politics.”

But without hiding his sympathies, he treads an impartial path between the people and politics involved in Lambeth council’s defiance of a Conservative government, which is at the centre of the book.

“Trust me Ken, we’re all going illegal together. I promise you there’s no backsliding. They can’t fight us and the miners. We can bring Thatcher down and then anything is possible,” Ken Livingstone reports Lambeth council leader Ted Knight telling him.

But first the government defeated the miners, and then turned its attention to Lambeth and other defiant councils.

The book gives the context for that struggle with a sure touch, sprinkling historical background facts like the disappearance of 1m bricks “lost” in the 1970s building of the Myatt’s Fields estate. It also excels in describing the radical social and cultural scene of the time – much, but not all of it, centred on Brixton.

Current followers of politics in Lambeth may well get a sense of déjà vu as they read this book. The names and places may be different, but the issues are the same.

It would, however, take something very special to rival the spirit of those times.

Hannah ends the book talking to Joan Twelves, leader of Lambeth council from 1989 to 1991 … “Twelves had other things to worry about at the time; the council had attached a giant 15ft condom to the flagpole at the Town Hall to mark World AIDs Day and she had to arrange getting it removed in case the ‘prodigious prophylactic’ blew away and caused a traffic accident on the streets below.”

Corner Rise is an imaginary, possibly idyllic, group of islands, which just happens to be home to an upmarket district called Brixton.

But there are actual and symbolic volcanoes bubbling beneath surface of the islands and their inhabitants.

There are petty and powerful passions at play in this whodunnit.

While the employees of Corner Rise University’s Crown Campus dither over what cocktail to sip at the Spice Shack, a murderer – or is it murderers? – stalk the apparently peaceful paradise.

And, as on many an ocean paradise, there is a price to pay for months of sunshine. As well as volcanoes, Corner Rise has hurricanes …

Murder at Corner Rise is just the sort of book you need on a sun lounger – whether it’s in a garden, park or holiday beach – easy to read, but with enough intrigue, mystery and plot to keep you turning the pages.

Its portrayal of office politics and relationships are uncomfortably accurate for anyone who has ever had to endure them.

Central character Cyan’s speculation about and involvement in what is going on draws you into deeper and deeper water along with her.

It’s probably a good idea to have a snack and a drink to hand as you read. Scarcely a chapter goes by without some food or drink featuring – from takeaway hot chocolate with too much cream to close the lid, to the hot pickles that mother makes.

And if you like what you read, you will discover as the book closes that a sequel is a definite possibility.

A K Summer’s totally convincing Corner Rise University is based on a long career in student support in London universities, including King’s College.

Inspiration for the setting came when she sailed from the Caribbean to the UK in 2014. The Corner Seamounts are in the Atlantic Ocean, south and west of the Azores and a little to the north of Bermuda.

The actual seamounts do not break the surface, so no one is going to be able to visit Corner Rise University or the expensive Bakersfield shopping centre in Brixton. 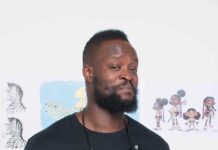