Hondo Enterprises, which runs Brixton’s covered markets in a joint venture with US-based finance giant Angelo Gordon, has sold a central London property it had planned to use for a retail and leisure development.

Islington council approved Hondo’s plans to develop an underground car park not long before the coronavirus lockdown made this uneconomic.

Hondo has now sold the 250-space facility to the major developer British Land for £20m.

The company said the car park is close to offices it already owns in Broadgate. It will be used as a delivery hub for the City.

City-centre parking has lost its attraction as a property investment as congestion and ULEZ charges start to add up and companies seek to boost their green credentials.

Plans for the Amsterdam-based AG Hondo Popes Road BV to build a major development including a 20-storey tower in central Brixton are still on hold.

While they have been approved by Lambeth council, they have been “called in” by the mayor of London and no date has yet been set for a hearing on them.

A recent check confirmed that the owner of the proposed site for the development on Pope’s Road and Brixton Station Road remains a Sports Direct company more than a year after the Blog revealed this surprising fact.

Hondo refuses to discuss why it has applied for planning permission for a site it does not own. 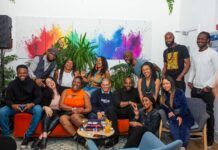