The map also addresses the legacies of the British empire and celebrates local botanical education, community gardening and food-growing initiatives.

It looks at gardens as places to consider injustice, oppression and colonial legacy.

The map features seven green spaces in and around Brixton, which detail the entwined histories of colonialism and botany, and signpost local community gardening initiatives.

It also features a kid’s trail, a glossary which highlights the common use of colonial and racist language in horticulture, a reading list and a list of additional local green spaces.

TfL says that by unearthing sensitive histories, the map highlights green spaces as sites of learning, loss and remembrance, but also of radical action and possibility.

It responds to, and expands on, Things Held Fast, the current commission at Brixton Underground station by Australian artist Helen Johnson.

You can collect your free copy of the map from Brixton Underground station, Brixton Library, Brixton Windmill Centre, Brockwell Park Community Greenhouses and the South London Botanical Institute or download a free PDF.

Things Held Fast will be in place at the station until November.

In her first major public commission, Johnson represents Brixton through the lens of a community garden – a shared space of growth that builds over time due to collective commitment.

Johnson’s is the fourth in a series of commissions at Brixton station, following on from Denzil Forrester, Aliza Nisenbaum and Njideka Akunyili Crosby.

The programme invites artists to respond to the diverse narratives of the local murals painted in the 1980s, the rapid development of the area and the wider social and political history of mural making.

TfL says Things Held Fast depicts figures gardening, absorbed in their tasks and conversation and connected by the investment of their shared energies in a communal space.

Much of the painting’s imagery is drawn from the Lambeth Archives, which provided insight into organisations, projects and movements that underlie the community at the heart of Brixton.

For example, the owl depicted is taken from a Lambeth libraries protest banner, children are shown climbing a cherry blossom tree, referencing the Cherry Tree childcare centre that closed amid local protest, and the whirligig beetle and pondlife depicted can all be found in Myatt’s Fields park.

Vignettes are interconnected like plants in the soil. They are represented in fragments and details, but tell the stories of community organisations and movements such as the Lambeth Women’s Project; anti-racist organisations like Unity Centre; gardening groups; or the campaign against the closure of the Carnegie library in Herne Hill.

Things Held Fast also explores a common theme in the artist’s practice, the construction of national identity and the legacies of colonisation.

An image derived from Robert Dodd’s engraving Mutiny on the Bounty (1790) is embedded in its layered surface.

It depicts mutineers ejecting Vice-Admiral William Bligh, who lived in Lambeth opposite what is now the Imperial War Museum, from his ship.

The mutiny took place on a journey to transplant breadfruit trees from Tahiti to the Caribbean as a food source for the enslaved people who were there under British colonial rule.

Bligh was later appointed as governor of the British colony of New South Wales, Australia, where he oversaw the dispossession of indigenous peoples and unspeakable violence towards them.

Bligh became a negative connection for the artist to Brixton.

As a white artist living in Australia, she wanted to acknowledge this colonial history and represent the opposing journeys of Bligh, who travelled to the Caribbean for purposes of subjugation and dispossession; and the African and Caribbean communities who many years later established themselves in the UK, where, up against hostility and socio-economic inequalities, they continued to foster solidarity and cultivate strong communities.

Research for Things Held Fast began in late 2019 at a moment when Australia was ravaged by some of the worst bushfires in its history.

For Johnson, the loss caused by the fires gave rise to appreciation of what remained and what is valuable.

The commission was painted in Melbourne, in lockdown during the Covid-19 pandemic; this second challenging context served as a reminder to the artist that community is vital for our sense of collective purpose and wellbeing.

It does not take a single history or movement as its subject, “but rather is a vehicle for thinking about how a multitude of narratives can lay the foundation for something greater”. 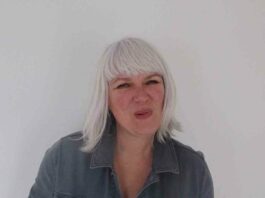 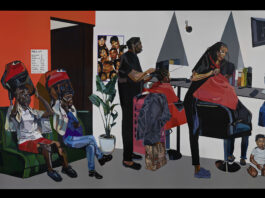 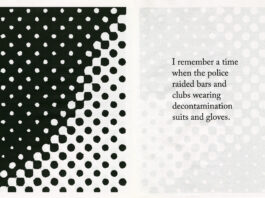 ABOUT US
Brixton Blog is an online community newspaper about everything happening in Brixton, London. We cover local news, music, food, events and history.
Contact us: info@brixtonblog.com
FOLLOW US
© 2010 Brixton Media Ltd | All rights reserved | Designed by Rocketship
Go to mobile version