Brixton Media regrets to announce the death after a long illness of Linda Quinn, the editor of the Brixton Blog and Bugle.

Born in Glasgow, Linda moved to Brixton in 1975 and lived in and around the area for the rest of her life.

The daughter of a lorry driver and a cleaner, she chose the newly opened Stirling University rather than the elite St Andrews – where she had been offered a place.

She became president of the student union and briefly front-page news around the world.

A visit by the Queen to Stirling university in 1972 saw a protest about conditions on the campus get out of hand, with the monarch encountering students face-to-face in a way that is inconceivable today.

An enraged establishment needed a scapegoat and chose Linda, who was expelled and had to battle for months to resume and complete her course.

Gifted with many physical and mental skills, Linda had learnt to touch type with a brief course at university and became a typesetter – one of the very few female members of the London National Graphical Association, the union of skilled printworkers.

She was also a leading light in left-wing and anti-racist activity in Brixton and South London, recalling how she and comrades took refuge from National Front members in the Angel pub (now Mamma Dough) opposite Southwyck House – the barrier block – where they had been leafletting.

Living a literal stone’s throw from the Railton Road Frontline when the 1981 Uprising/riot began, she put a note on her car saying: “Take the petrol but please don’t torch it”. It survived unscathed.

Transitioning to journalism as new technology destroyed printers’ jobs, she worked on a variety of publications from AutoExpress to Robert Maxwell’s ill-fated London evening paper, the London Daily News.

For several years she worked as a journalist and PR for trade unions before becoming head of publicity at the New Opportunities Fund, one of the bodies distributing funds from the National Lottery.

She oversaw a name change to the Big Lottery Fund, part of a drive she backed enthusiastically to get more funds to hard-to-reach people and communities.

She retired as the fund’s director of marketing and communications. A planned life of leisure, gentle skiing, and professional-level knitting and clothes-making was put on hold when she was asked to become editor of the Brixton Blog and Bugle when the founders moved on.

Linda led the revival of the printed Bugle and expansion of the Blog as well as making their parent organisation, Brixton Media, a community interest company (CIC).

In line with her passion for passing on her knowledge and wisdom to young people, especially those from backgrounds like her own, she made sure that one of the CIC’s aims is to provide opportunities for aspiring young journalists to work on important stories and obtain bylines in print and online.

Her recovery from the rare auto-immune disease vasculitis in 2018 after 10 days in intensive care with her lung function performed by a machine and daily total changes of blood at St Thomas’ hospital did not stop her.

This amazing recovery was not her first. Combining a relentlessly positive attitude to life and immense physical resilience, she had already survived tuberculosis, a ruptured gall bladder and several lesser health issues.

After yet another health setback, the final eight months of her life were in bed at home, where she continued her lively communication with scores of friends and work for the Brixton Blog and Brixton Media.

She was determined to reach her 70th birthday in February and did so, but passed away peacefully a few days later.

Linda is survived by a husband, Alan Slingsby, and a brother, Billy Quinn. 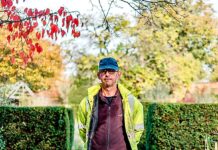 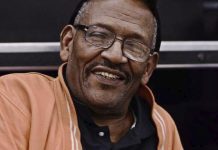