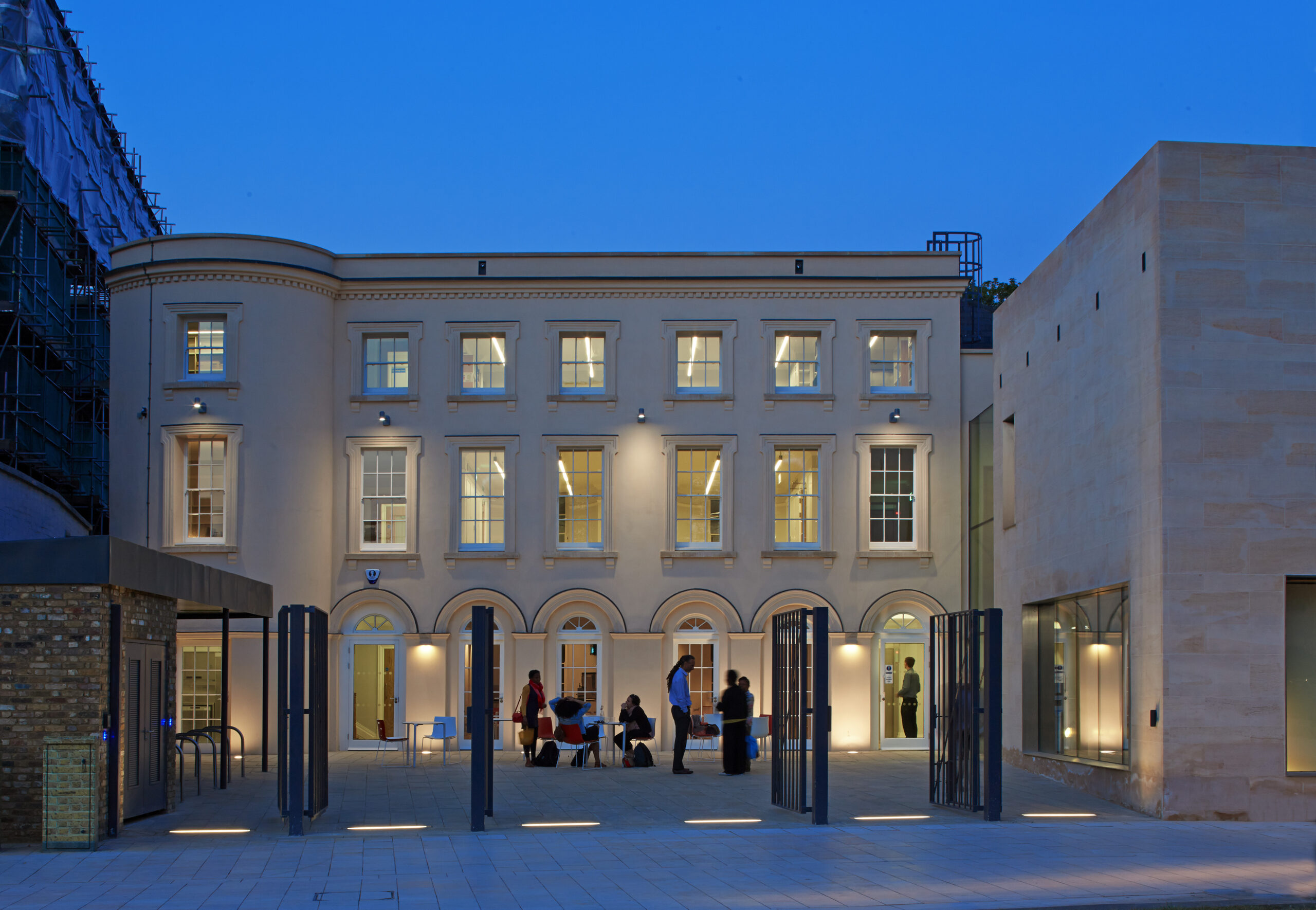 The Black Cultural Archives – A home for Black British History, the only national heritage centre dedicated to collecting, preserving, and celebrating the histories of African and Caribbean people in Britain and situated in Brixton’s very own Windrush Square.

From its founding on Coldharbour Lane in 1981 up until the present day the Black Cultural Archives has been committed to documenting and sharing Black British histories with the community. The founders of the UK’s only dedicated heritage site recognised the need for a space where members of the community could come to find positive representations of themselves in both history and culture. That is exactly what the Black Cultural Archives has been doing for 39 years. It took up residency in its current home at 1 Windrush Square in 2014, after a £5million project to restore and extend the original Grade II listed Georgian building, funded by the Heritage Lottery Fund, Lambeth Council and the GLA among others. The building itself becoming a national landmark is fitting for an institution that is so essential in the landscape of UK heritage. 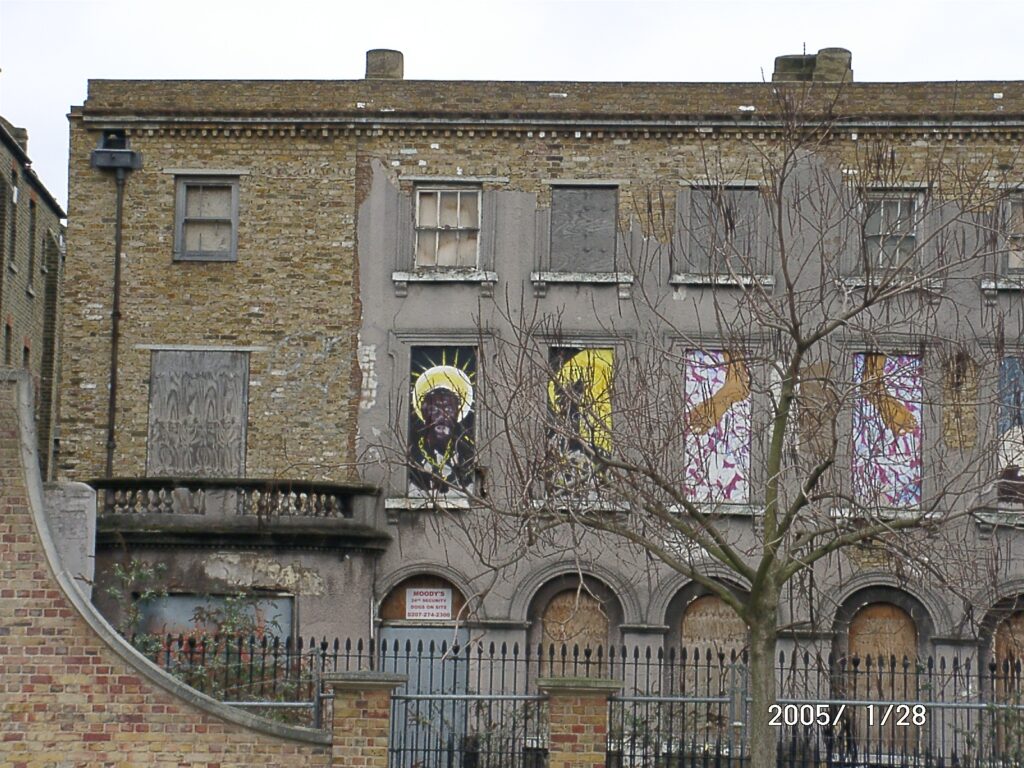 Considering Brixton’s rich history and the many grievances and tribulations its community has had to overcome throughout the years there is no more appropriate home for the BCA. Brixton is home to a huge multicultural community including many people of Caribbean descent who have lived, worked and raised families here. The BCA is a unifying place, one where Brixton’s residents can learn about their shared history, feel represented within their community and connect with each other.  When asked about her hopes for the BCA’s future, managing director Arike Oke says “BCA is the home of Black British history, a beacon and a promise. We can correct the omissions and erasures in Black history. We can make sure that Black British people have a voice in the national agenda. We can support new and emerging talent. We can be part of the community, as a platform and a collaborator.” 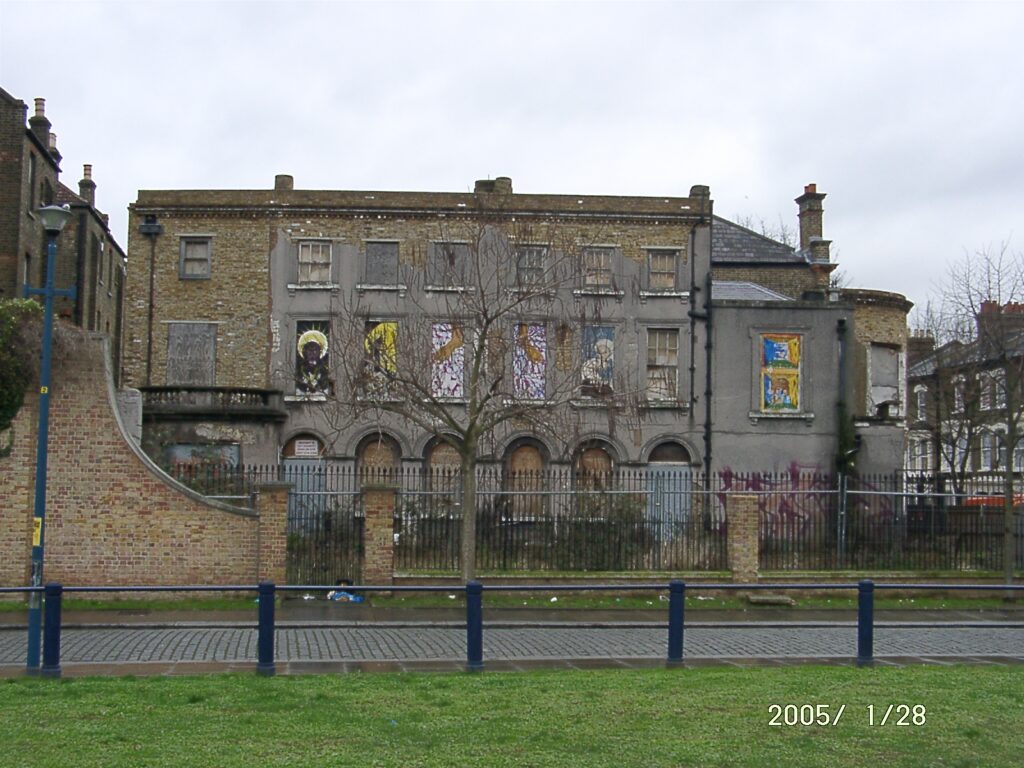 The building itself, built in 1824, has evolved and changed throughout its lifespan, playing host to a variety of different people and organisations. Originally built as two houses on Effra Road, an additional meeting hall was added in 1885. Before the BCA took over the building it had been derelict for many years – however prior to this it was known as Raleigh Hall and had served a variety of purposes. It has been used by the cinema museum in the mid 1980’s, and had been home to Klitsa fashions, Omegas fashion dress manufacturers, Arkwright’s Ltd and Raleigh Furniture workshop who still occupy part of the building today. 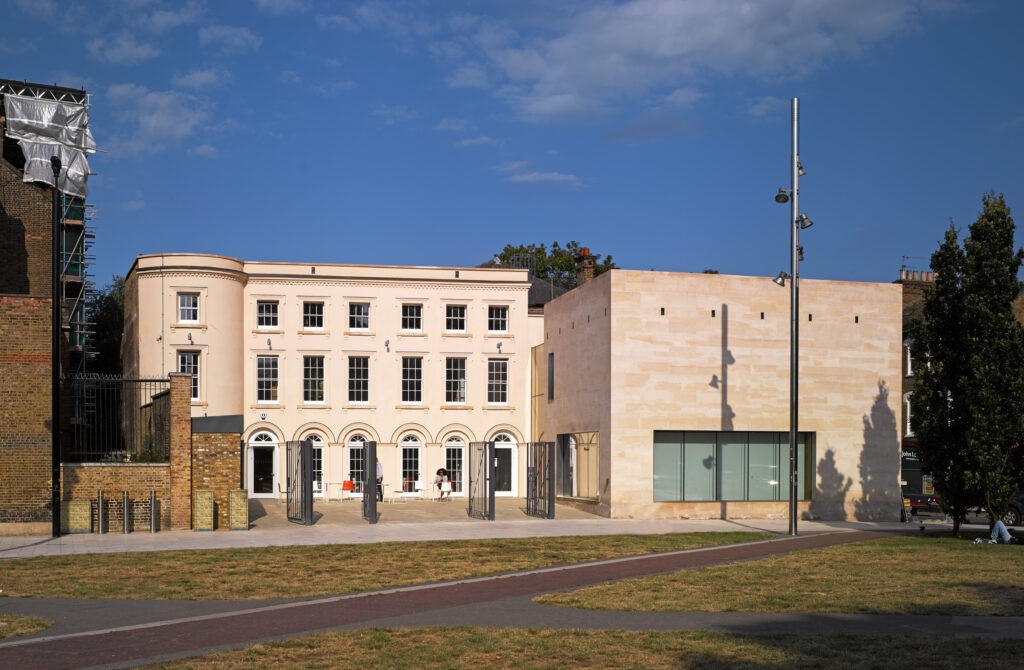 The restoration and rebuild in 2014 was designed by architects Pringle Richards Sharratt and funded through grants from the Heritage Lottery Fund, Lambeth Council, the GLA and others. The practice worked with the BCA to transform the derelict Grade II listed building into a state-of-the-art heritage centre. The building was so neglected that in 1992 it had been placed on the English Heritage register of historic buildings at risk. One of the central themes of the architectural design evolved from establishing and interacting with the six central bays of the listed building, which is the oldest and most significant heritage element of the site. Malcolm McGregor, Director of Pringle Richards Sharratt said: “This was an exciting project for the practice. We’re proud that this new home gives BCA the status and presence it deserves, as well as delivering the practical spaces and technical requirements needed to house their important archive.” The original building now contains a learning zone, café, and shop in addition to the office, archival space and facilities for the BCA’s core activities of education, research, and community engagement.

The BCA project won two New London Architecture Awards in 2015. Both the Overall Winner in addition to the Conservation and Retrofit Award. The citation for the award stated that it had brought Raleigh Hall back from the brink and into active use and that the project is one of the few places in the UK to meet national archive standards. Peter Murray the creator in chief of the NLA remarked that “as a transformation it is quite stunning” In addition to this the building also won two Civic Trust Awards in 2015; the National Award as well as the Special Award for Community Impact and Engagement.  The judges stated that the building makes “an outstanding contribution to the quality and appearance of the environment. Excellence is demonstrated through good design and the local community benefit at social, cultural, environmental and economic levels.” 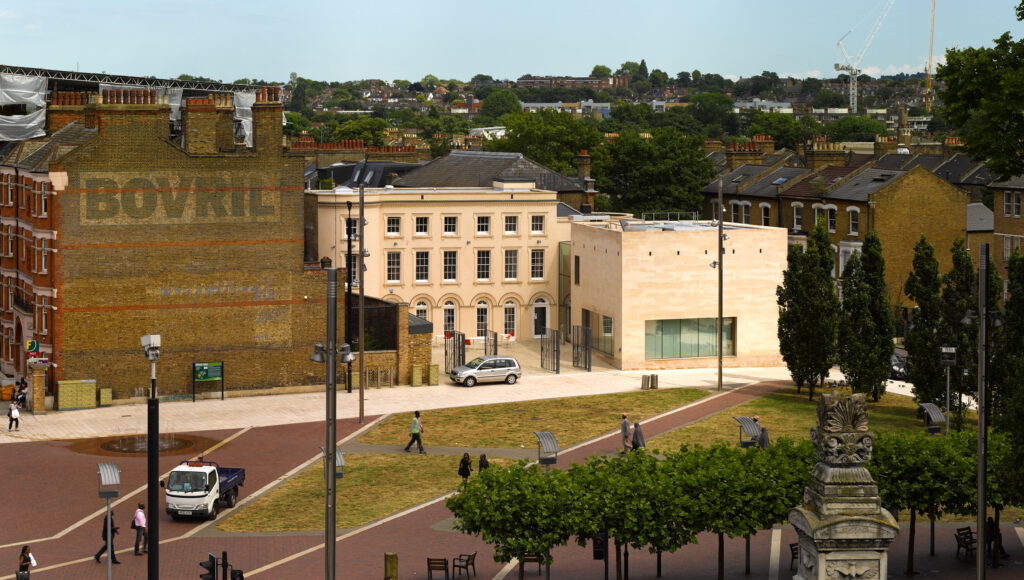 The name of the location itself also holds huge significance as is well known. Windrush Square is named after the SS Empire Windrush which docked in Tilbury in 1948 carrying passengers on their pioneering journey from the Caribbean to Britain. The Georgian period, 1714 to the 1830s, when the original building was constructed is remembered as a time when multiculturalism arrived in Britain. It is estimated that ten to twenty thousand people of African descent lived in 18th century London. All these elements contribute to the rich history of the building. The Black Cultural Archives embodies, collects and celebrates the stories and histories of African and Caribbean communities in Britain and there is no better place for it than right here in Brixton.

Memorial to fallen African and Caribbean soldiers to be unveiled in...