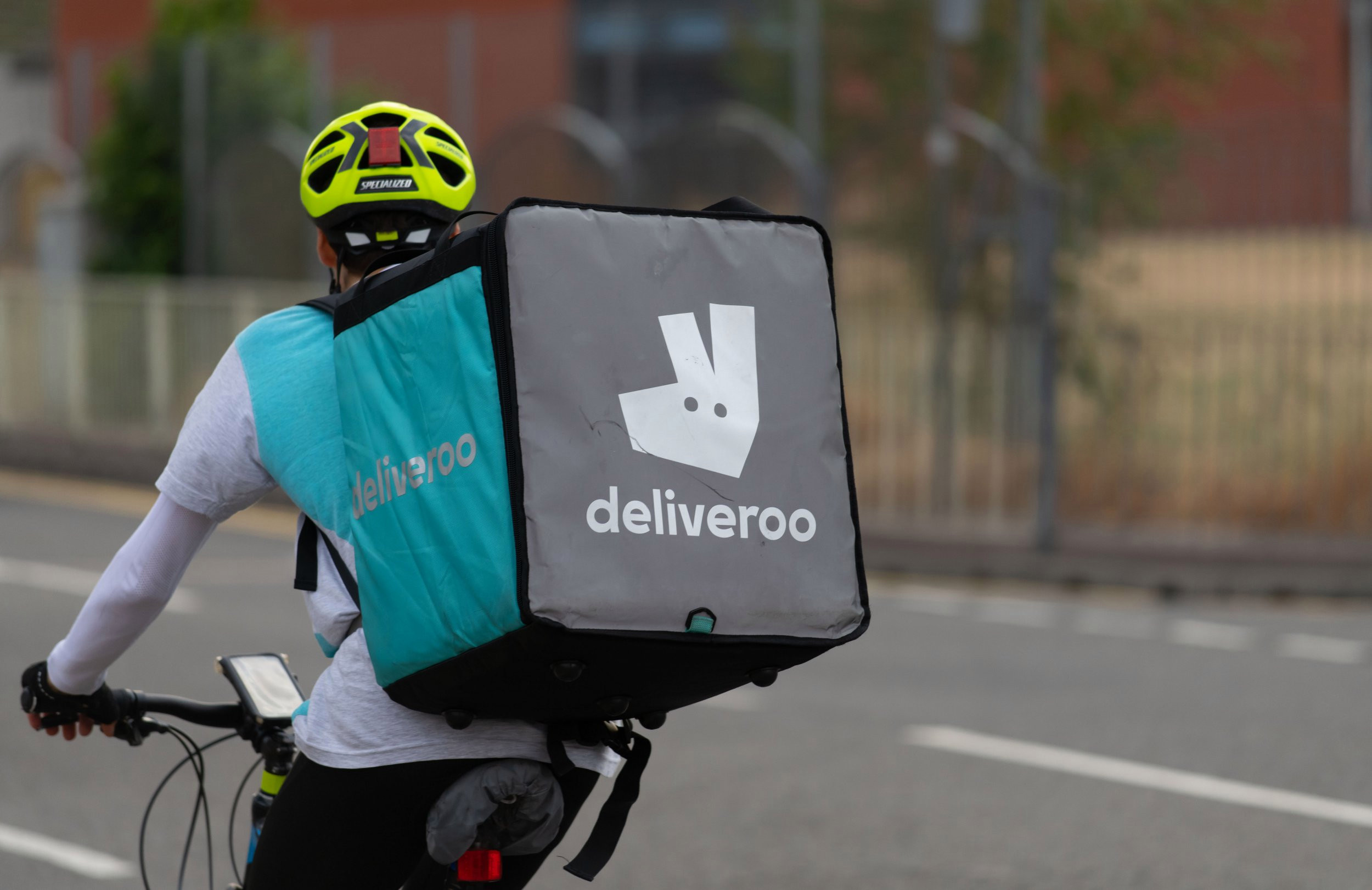 Thus far in life, I appear to have got by without the assistance of a swarming army of 2-wheeled guys bringing me breakfast, lunch and dinner. Even in peacetime, I go pick up my takeaways. Why? Well, after years of extensive research I have established that a 10-minute old burger is better than its lukewarm 35-minute doppelganger.

But, partial lockdown, restaurants closed (for now), I can’t fight this feeling anymore.

I downloaded my Deliveroo app (err, other takeaway apps are available) and got going with my 3 kids. We ordered from places I have reviewed before, got on with it and then waited for 4 guys on bikes (to turn up at 4 different times). Smart kids have probably worked out how to play each place’s delivery times off so things arrive together. Not us. Pizza arrived about 15 mins ahead of burgers so it’s tricky if you think you are having a communal meal. 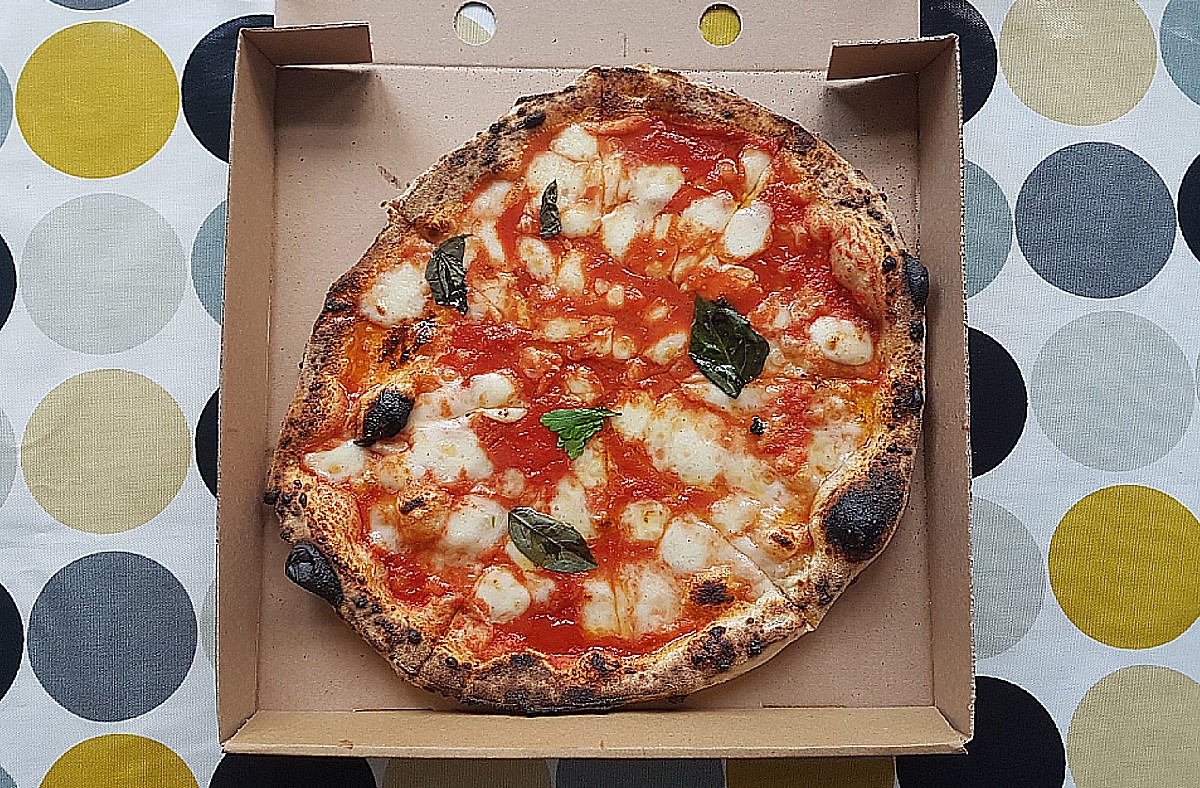 Arrived first so props to Mamma Dough for speediness. These are my favourite pizzas in Brixton in peacetime and their delivery version is, while clearly not straight out of the oven, a pretty decent facsimile of in-house dining. Same crunchy blistered sourdough crust, forgiving centre, nice toppings. I got done inadvertently with an additional delivery charge but the Margherita itself was a good eat. 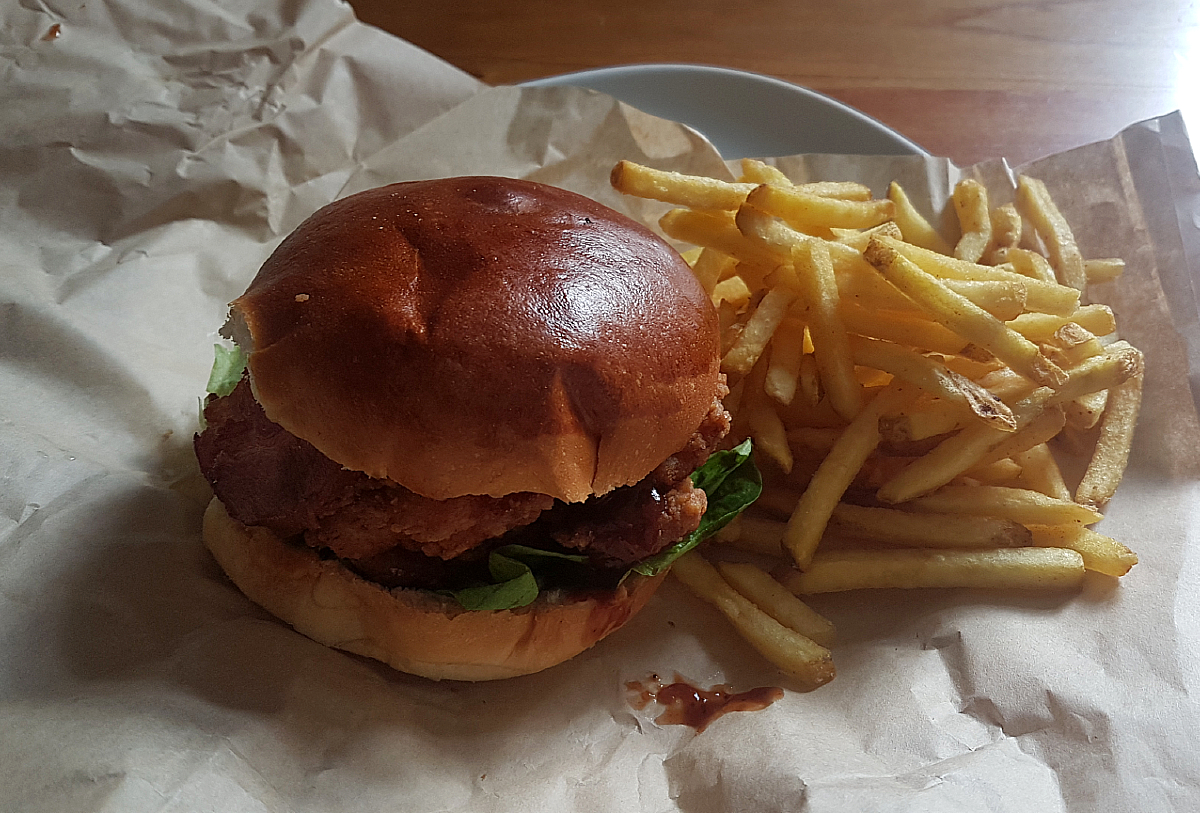 Daughter #1 wants a chicken burger. We’ve been to Bird before and while we didn’t completely fall in love with waffles, we liked their burgers. Elevated far beyond what Morley’s can manage (although correspondingly pricier). Like takeaway fish and chips, the challenge is keeping that crispy batter crispy. One of our later arrivals, the Bacon Cheese took about 20 mins but was fairly robust and ‘authentic’ (in nice packaging), chips survived well also. No complaints from Buglione junior. 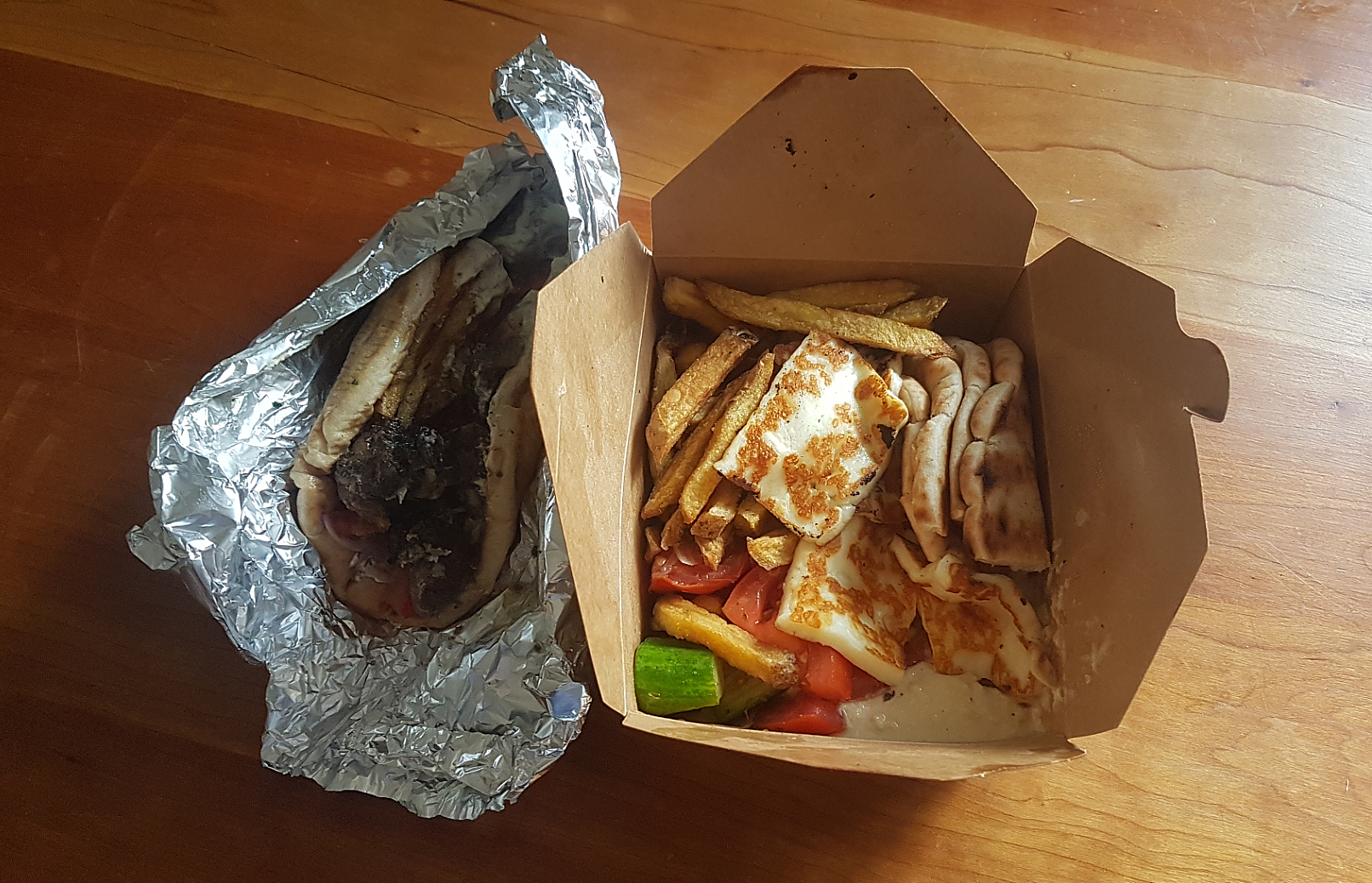 My daughter is veggie and has become semi-addicted to Halloumi boxes from Mikos Gyros. I love souvlaki. Simples. We ordered the Halloumi box and Lamb gyros. The pitta has gone ever so slightly soggy in transit but otherwise works pretty well and for me it’s hard to beat the combo of griddled marinated lamb, tzatziki, med veg and chips. The Halloumi box seems fine, tons of hummus for dipping, chips, pitta slices and still decently warm salty cheese. A Greek snack attack that survives the bike ride well. 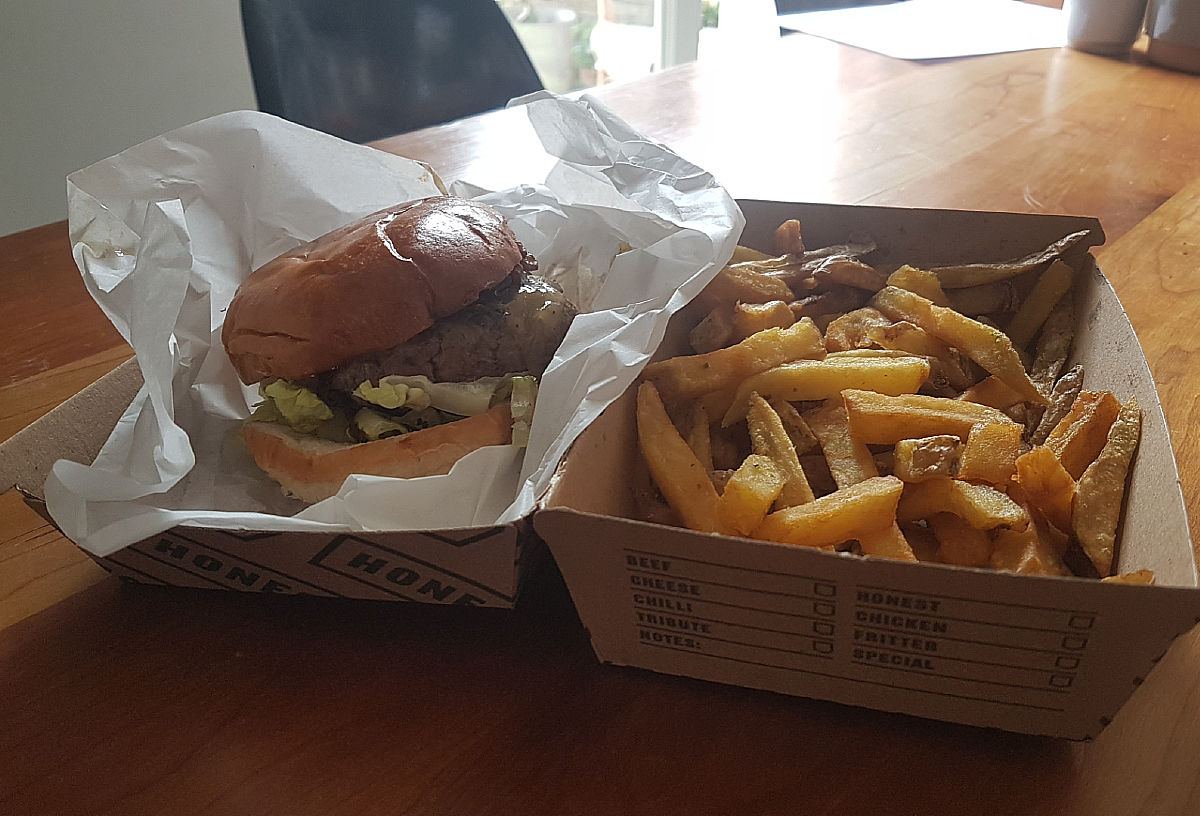 Better late than never, but better never late. Brixton’s spiritual home of the nu-wave burger, I have never actually reviewed Honest and tend to eat at their Waterloo branch (next to my day job, and they do a nice special there). Our ‘Honest’ and those much-imitated rosemary fries arrived in nice branded packaging, if I am honest (really?) a tad lukewarm on arrival but not terminally so. I suspect if they had got it to us a bit faster, all would have been hunky-dory. They are good burgers though.

So what have I learnt? I hate dining apps (but that’s me, now uninstalled) and don’t love a bunch of meals turning up separately but it did the job. I know its not very carbon footprint but I reckon I could have got 4 meals to my door faster if I had picked up, but each to their own.

The kids love it by the way but they arent paying.