Arts editor Leslie Manasseh‘s pick for picture of the week 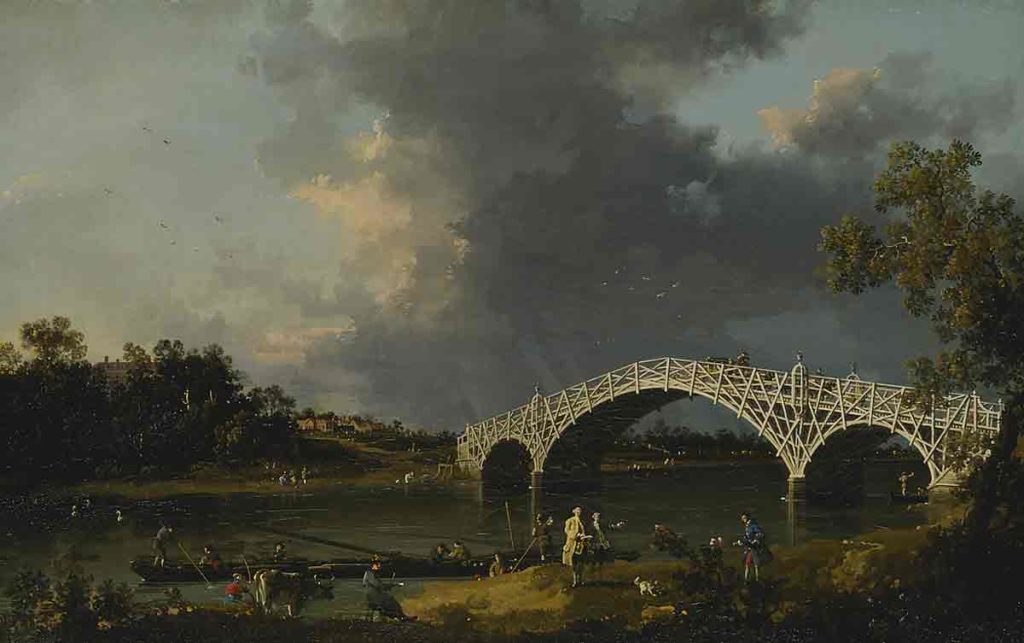 As we learn to cope with the lockdown in our various ways, we thought it would be a good idea to introduce you to some artworks which are within easy reach of Brixton and which you might like to go and see once we can move about freely.

A View of Walton Bridge is by the eighteenth century Italian artist known as Canaletto and is our first example.

Born in Venice in 1697 as Giovanni Antonio Canal, he is justly famous for his paintings of the city which often recorded the lavish public ceremonies, such as the Regatta on the Grand Canal in the National Gallery.

What is less well known is that the spent some ten years in England from 1746. During this time he painted A View of Walton Bridge which is in Dulwich Picture Gallery.

This bridge over the Thames, some 25 miles southwest of central London in Surrey, was newly constructed and was at the time considered to be a remarkable feat of engineering.

Canaletto was known for his meticulous skills at depicting light and meteorological effects, and these are on show in this painting.

But he took some liberties with the bridge itself and omitted the raised brick causeway which spanned part of the marshland beyond, simply, it’s assumed, because he didn’t like it.

The figures in the painting are the wealthy patron who commissioned the work and his friends. The man sitting a little away from the group sketching the scene must be Canaletto himself, making this painting a rare example of the artist inserting his own self-portrait next to his patron.

This is a fine example of Canaletto’s work and interesting glimpse into our history.