DJ duo Pepperpot – Matt and Mathias – have been DJing at The Railway in Tulse Hill for 12 years – and, says Simone Richardson, they can still be enjoyed online

The dynamic DJ duo of Pepperpot are Matt Dean and Mathias – who prefers to be called Don Lorenzo.

Why Don? “It is an homage to Jamaican producers like King Tubby, Duke Reid or Prince Jammy. Don was the one for me, and I started using it when I was doing remixes and mash ups on my Upstate label.”

Matthew Dean – known as Matt – calls himself The Big Fella when DJing.

This month should have been a celebration of 12 years DJing together at The Railway.

“The Railway grew into a great night, attracting a diverse crew of music lovers of all ages from 20-to-70-something,” says Matt. “Nothing better than playing an original Studio One to someone who remembers it from back in the day!”

Matt confides: “I was influenced as a 10 year old by The Specials mostly and the other 2 Tone bands who covered lots of ska and rocksteady tunes.

“My dad and uncles were into soul and my dad bought me my first JA original ska records back then.

“Al Capone and Phoenix City … I never looked back. Been hooked on Jamaican music ever since!”

Mathias thinks back to his youth in Hamburg, Germany: “Growing up there in the 70s and early 80s was musically not great. My first-ever record was the first Santana album that I found in a skip and loved the lion head drawing on the cover. I still have it today. I honestly can’t remember the first ever record I bought – it was most likely shit!”

He arrived in London in the late 90s and, after starting  DJjing, became part of the Don Air music project with a couple of German mates he met on a South London building site. They had an album, Carpenters’ Delight, out on Response Records.

Unfortunately, Matt, Willow and Marc were destined to create the last release on the Stereo MC’s ill-fated label.

“I did quite a few remix and mash up records after that on Update Record,” says Mathias.

Then the duo launched Pepperpot at the Railway every Friday night, attracting “a great mix of people and ages” dancing and enjoying the music.

And there is no need to miss it. “Right now, radio is really important as it is an outlet and, hopefully, keeping up the positive vibes and a way of people feeling connected,” says Matt. “Spreading a bit of musical niceness has to help.”

Tune in to them both on the venturefm.co.uk. Don Lorenzo plays Mondays 6 to 9pm and Matt Dean on Wednesdays from 7 to 9pm – Enjoy and dance round your living room! 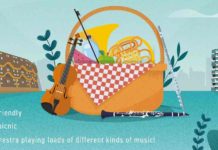 31 March, 2020
We use cookies to ensure that we give you the best experience on our website. If you continue to use this site we will assume that you are happy with it.OKPrivacy policy