It comes from his album Employee of the Month, due out on 28 August. The self-produced track was recorded at Brixton Hill Studios.

It’s a backlash against cuts – “We’re in this together says nowhere man”.

Stephen says: “I wrote Dusbin Man a while ago. At the time I didn’t realise how poignant it would become.

“It has always puzzled me that those who look after us are not treated with the respect they deserve.

“Now we find ourselves in a time that not only are we desperate and reliant on them, but they are literally putting their own health and well-being at risk to keep our essential services running.”

Stephen is taking part today (11 April) in the Balcony Festival in aid of NHS charities. Read more about Stephen and the festival. 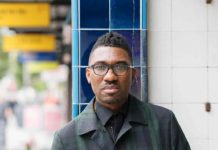 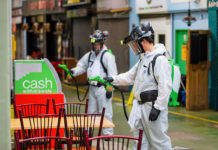