Delores William on an awards ceremony with a difference

People who are nominated by the public don’t have to be a celebrity or well known, they could be your next-door neighbour who is looking after their elderly parents, a child looking after a parent, or someone who makes things brighter in their local community.

On the BLAC website I found this: “Images of deprivation, crime, disenfranchisement and school exclusion in our communities have been thrust into millions of homes followed by buzz words such as ‘lack of discipline’ ‘mental health issues’, ‘single-parent household’ ‘no father figure’.”

BLAC says these statements, coupled with the negative images, can lead to harmful stereotyping, especially for young people in these communities.

Imanii Zenawi, founder of Blac and a Brixton resident for 25 years, is hoping to change all this and that her award project will help.

Listen to Delores’ interview with Imanii

It has taken two years of planning and a lot of hard work using contacts built up over the years.

Imanii has ambitious plans that include BLAC becoming a powerful tool she hopes will become a “negotiating table” in relation to issues pertaining to the working class BME community.

She is in the process of creating an online portal for many black organisations – a sort of “one stop shop” because she has become aware that many in the community do not know where to go with mental health issues in the family and do not understand about talking therapies.

Imanii was born in Cambridge to a family of academics and had a successful career as an event planner for top reggae stars including Buju Banton, Marcia Griffiths and The Wailers .

Setting up this very ambitious plan for a new award ceremony rewarding grassroots heroes has been a challenge, yet the list of judges and presenters who are involved in this scheme is heroic in its own right.

Judith Jacobs, a talented actor, will be presenting an award, as will trauma surgeon Duncan Bew, who works on the front line in London A&Es. He helped set up the charity Growing Against Violence.

Abdi Omar, who has cerebral palsy, was born in Somalia and came to England when he was four. He was the most disabled child in his class, but the remembers the words of his father: “You can’t outrun a non-disabled person, but you can outsmart them” he is now a motivational speaker.

Nominations closed on Sunday 23 February. The awards ceremony will take place in London on 30 April. 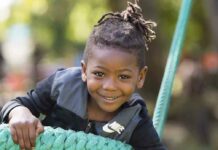