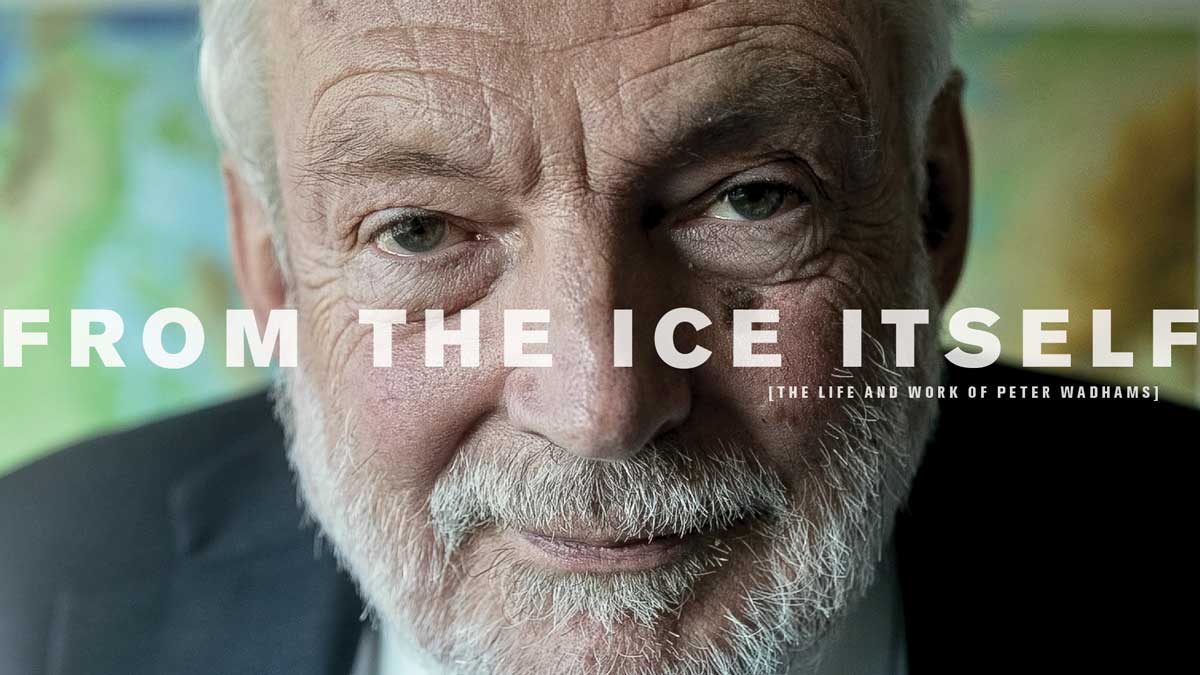 A new film by Brixton based film maker Cal Murphy Barton follows the life of pioneering scientist Peter Wadhams, who is the world’s leading expert on sea ice and an outspoken climate science activist.

In 2016 Cal came across A Farewell To Ice, “a remarkable book which describes the strange and intricate connections between melting sea ice and planetary climate change. According to the dust jacket, the author was the world’s leading expert on sea ice and had visited the polar regions more often than any other living scientist. I knew that this author’s lived experience could speak beautifully (and terrifyingly) to one of the great existential crises of our time. I travelled up to the Centre for Mathematical Sciences in Cambridge to meet Peter Wadhams, and pitched the idea that we could make a film about his life and work on the ice.”

In the late-1970s Wadhams pioneered the use of upward-looking sonar technology to measure the thickness of Arctic pack ice, and in doing so, he discovered that the Arctic ice cap had been gradually thinning over time. This has had huge implications for our collective understanding of planetary climate change.

The film will involve digitalising a private archive of around ten thousand 35mm slides that Wadhams has in storage in Ancona (where he now spends half his academic time).

“These film slides were taken in the Arctic between 1974 and the early-1990s as part of Peter’s field work. And they’ve been retrospectively charged with a kind of unsettling essence, in that they now stand as testament to a rapidly changing (even lost) Arctic. The idea is to build a narrative around the process of unboxing and exploring this treasure-trove of material – using Peter’s interaction with the slides (as he rediscovers them) to recover his own lived experience on film.”

Currently, Cal and his team of collaborators are looking at a two year timescale. “The priority at present is fundraising for the first stage of production, which we hope to complete by late-Spring of next year. The fundraising tagline is: The story of climate change through the life of a pioneering scientist. So much of what we hear and read on climate change and the breakdown of the Arctic has a distancing effect; it all seems too big, intractable and abstract an issue. I’m hoping that – in documenting the lived experience of one individual who has spent fifty years at the frontline of Arctic field work – we can make a film that goes some way towards rectifying this.”

To support the film visit the kickstarter page.