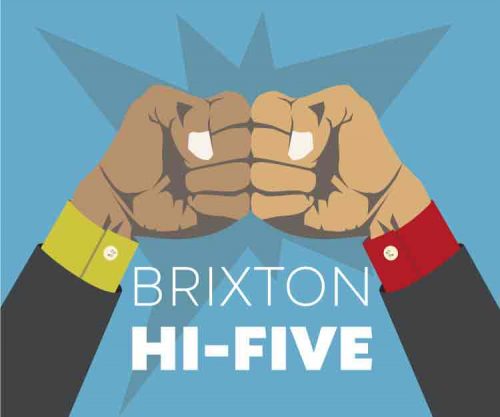 …where we hi-five local musical movers and shakers. We ask five questions to get to know the people who play regularly or contribute in other ways to Brixton’s live music scene. This month it’s the turn of Soothsayer’s Idris Rahman

I’d describe myself firstly as a sax player, but I also play clarinet, bass and a few other instruments as well as sing. I’ve run the Brixton-based band Soothsayers with Robin Hopcraft for the last couple of decades, and we now have a great youth project called Youthsayers, also based in Brixton. I’ve recently played with Anoushka Shankar, my partner Julia Biel, my sister Zoe Rahman, and with two fairly new improvised jazz bands Wildflower and Ill Considered.

We’ve been playing a regular Soothsayers set with our smaller five-piece band at The Effra in Kellett Road for probably nearly 15 years now, and there are so many memories associated with that – the place has a special vibe that is so rare in London. Also the Lambeth Country Show, which we’ve performed at several times with Soothsayers – always a great vibe and amazing to have a family friendly free festival on your doorstep where you can witness some of the greats in reggae music doing their thing.

I’m listening to a lot of Hariprasad Chaurasia at the moment – Indian bamboo flute playing at it’s finest. I’m kind of obsessed with his sound, and I’m slowly learning something about Indian music, which is still fairly mysterious to me.

Coltrane by Coltrane, if I have to narrow it down to one. This record meant a lot to me when I was a teenager – I still love the simplicity of the tunes and modal harmonies, the expansiveness of the drumming, the openness of the forms, and the absolute fire of all four musicians going deep into the uncharted territory that produced some of the most soulful, raw and passionate music of the 20th century.

Soothsayers and Youthsayers are playing a double-bill at Gerry Lyseight’s vibey Mambista night at the Portico Gallery in West Norwood on 7 June. You can also catch Soothsayers at various festivals this summer including Womad and Beat Herder. As for records, Soothsayers’ label Wah Wah 45s is releasing a remixed version of last year’s Tradition album on 25 June, (look out for a couple of singles in the run-up), and Ill Considered and Wildflower both have new albums coming soon…

Album of the week: We Are Many by Soothsayers