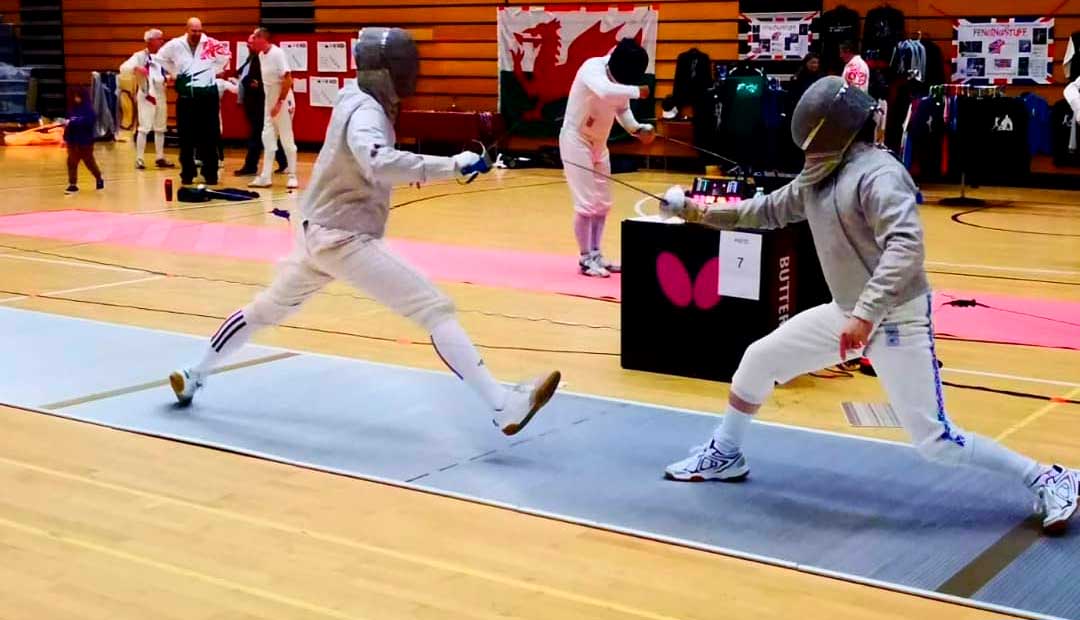 Marc Lepere represented Ireland and Ceri Thomas made his international debut for Wales.

More than 50 veteran fencers – all aged 40 and above took part. Ceri’s Welsh sabre team took silver, losing out to England for gold.

“Veterans’ fencing demonstrates that fencing – and especially sabre – is a sport for all ages,” says Ceri, pictured in action on the left above.

“Younger fencers may have the edge in speed, but never discount the guile and cunning that older fencers bring to the sport.”

Founded last year, Brixton Sabre welcomes anyone over 16 who would like to try the fastest and most exciting style of fencing at its Tuesday night sessions in Brixton Rec.