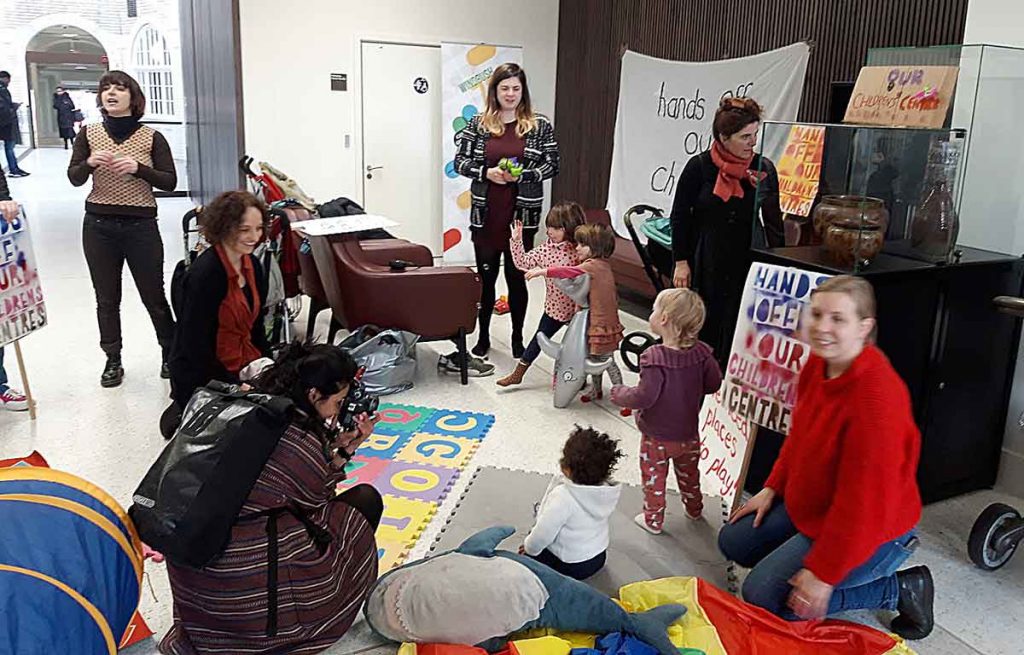 Families protesting against the planned closure of five children’s centres by Lambeth council staged a play-in in the reception area at the Town Hall in Brixton this afternoon (23 January).

They marched in and set up their rugs and toys for the children to play while the parents made their point to the council.

Council officers and staff stood back and made no move to stop the protest.

Jennifer Brathwaite, the council’s deputy leader and cabinet member for children and young people, agreed to meet the protesters.

She had said earlier that recent government cuts and changes to grant funding mean Lambeth council has a £1.4 million budget gap for its children’s centres. It is consulting on proposals to reorganise the centres. The consultation closes on 10 February.

The “play-in” was organised jointly by Lambeth Unison, the trade union that organises staff in the children’s centres, and Lambeth Save Our Services (SOS), a campaign group.

Becky Crocker, a local parent and Lambeth SOS campaigner, said: “We’re fighting to stop the closure of our children’s centres because we need to. Pressure on remaining centres will increase dramatically, at a time when parents are already being turned away because stay-and-play and other sessions are oversubscribed.”

Kelly Rogers, Lambeth Unison organiser, said that, in the long run, the proposals would cost the council more than it hopes to save by the closures.

Another protest, in Windrush Square, is planned for Saturday 26 January.

Details of the council’s plans [PDF] 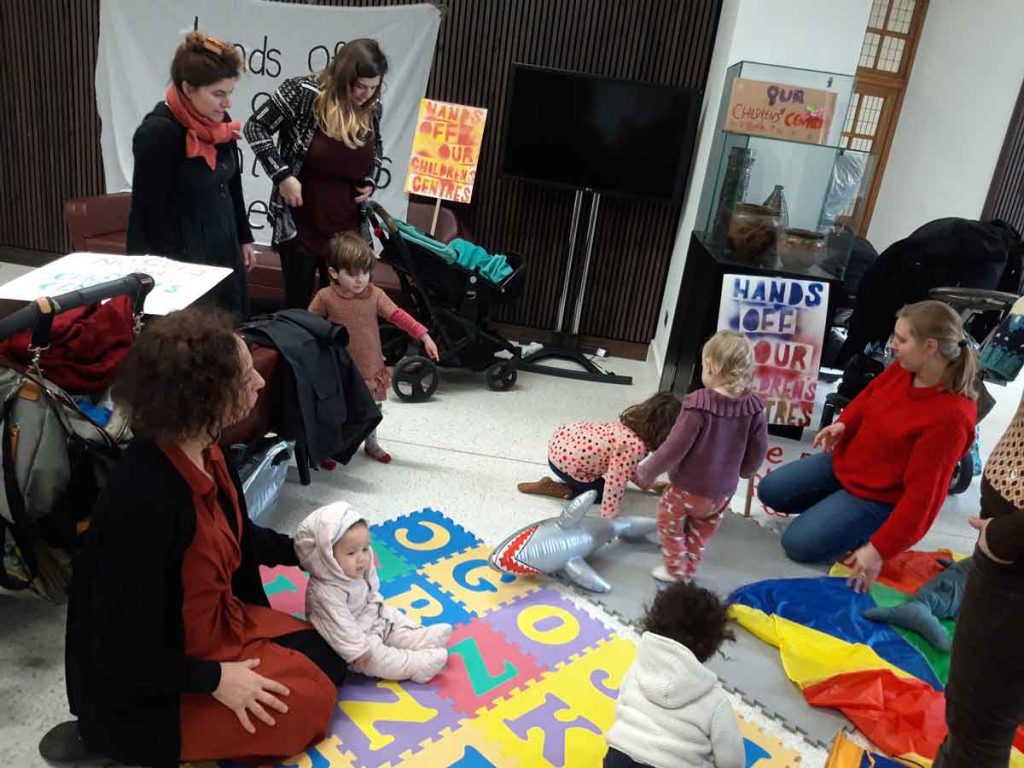