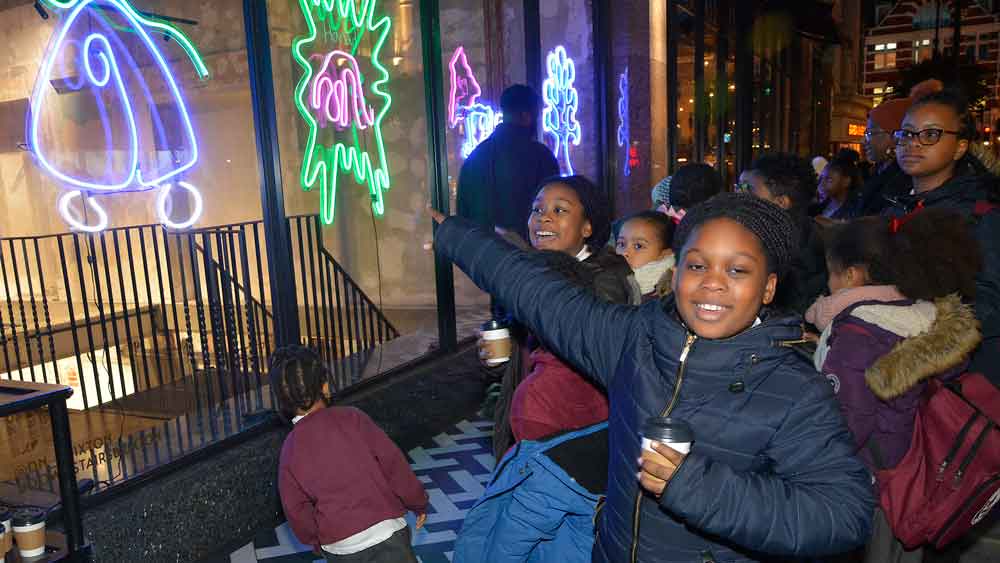 There was a buzz of excitement as children and parents from Brixton’s Hill Mead primary gathered outside Brixton’s Department Store to see their handiwork illuminated in an eight window light show. The Winter Windows switch on took place on  Friday 30 November at 4.30pm.

Winter Windows is a series of eight bespoke window illuminations created by Hill Mead primary school in collaboration with model makers and architects from Squire and Partners. The lights were switched on in front of children, staff and family.

Now in it’s second year, Winter Windows is a collaboration between a group of children aged 8-11 and designers from Squire and Partners. 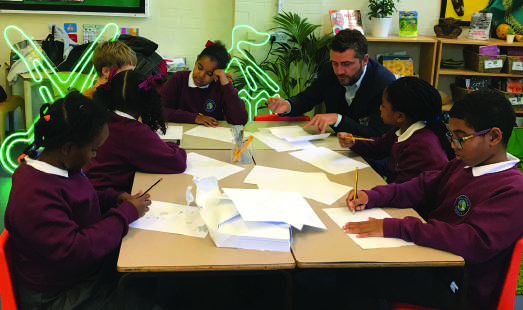 In 2017 the practice worked with Stockwell Primary, In 2018 designs are by children from Hill Mead primary school. Over the course of two workshops run by the practice, children were challenged to create expressive winter shapes using a continuous line of light.

The first workshop at Hill Mead Primary School introduced the children to the concept of designing abstract winter shapes based around emotions or senses such as excitement, light or cold.

Children explored these alongside more traditional winter symbols such as snowflakes, sweets and gingerbread men, drawing with pencils on paper and testing out the ideas with a ‘line of light’. 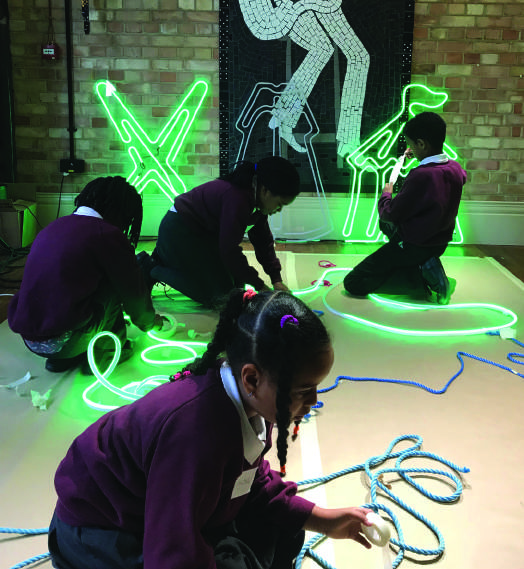 A second workshop in Squire and Partners focussed on testing ideas and working up a final design.

Armed with paper, pens, string and pipe cleaners, the children progressed initial ideas, which were then tested in rope or the ‘line of light’ on a large floor area.

Each child presented their final idea with either pipe cleaners or string on a sheet of A4.

A panel of judges from Squire and Partners selected eight designs varying from ice skaters to steaming mugs of hot chocolate.

Occupying an entire glazing panel along the street, each bespoke light is made using a sheet of Perspex with a coloured LED light set into it. 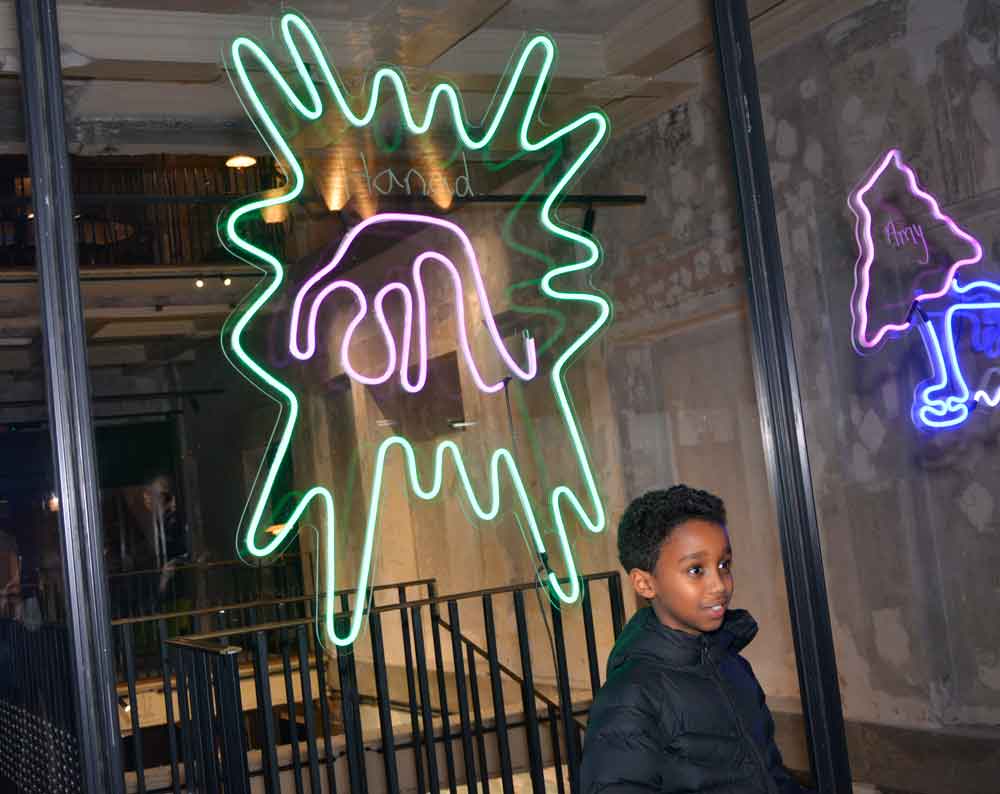 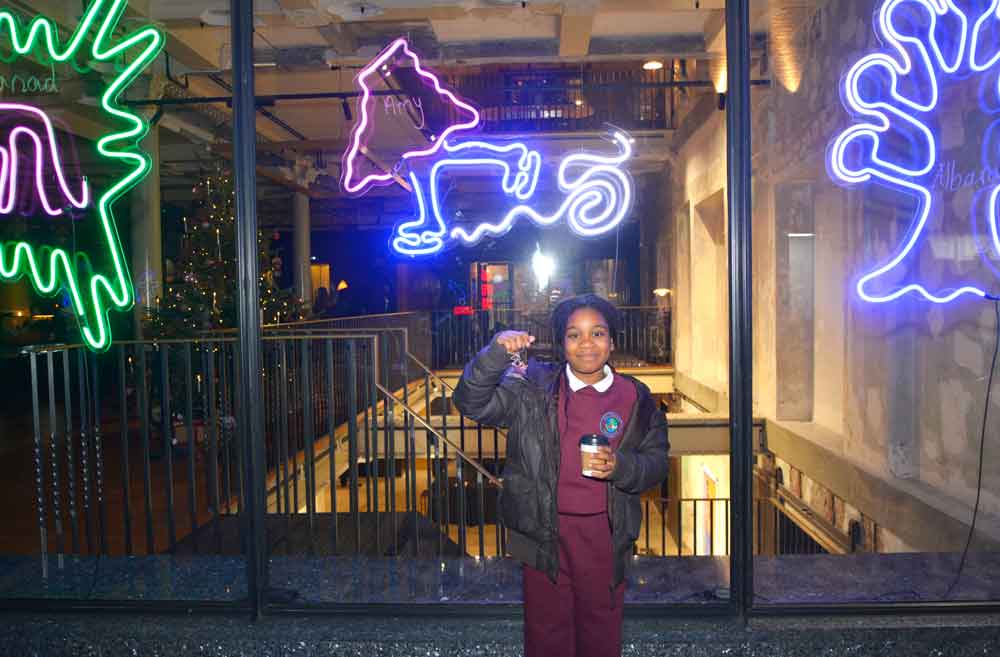 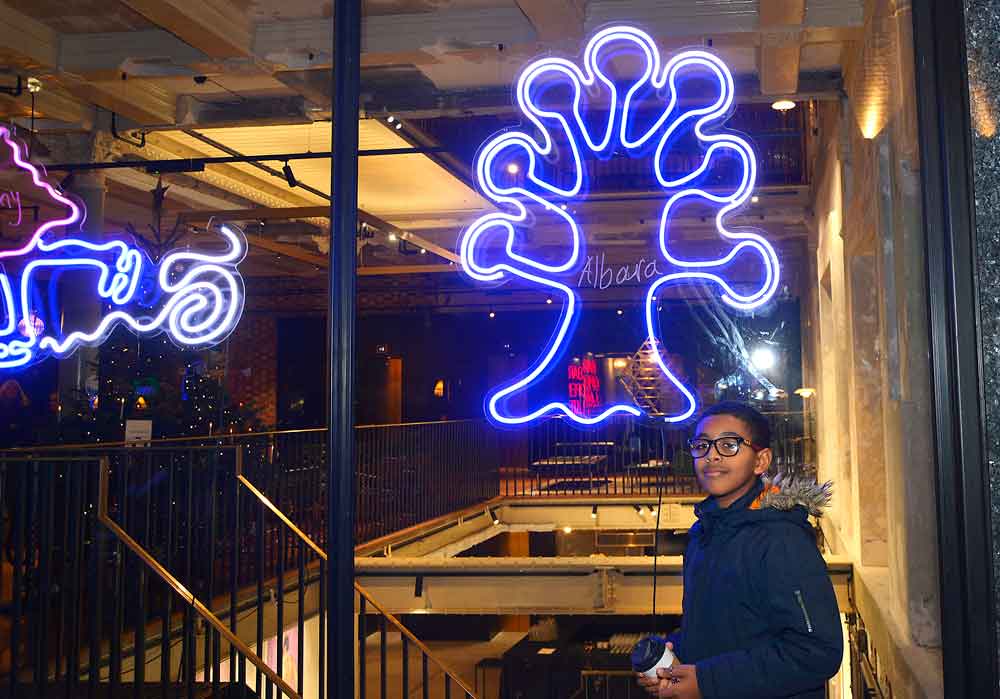