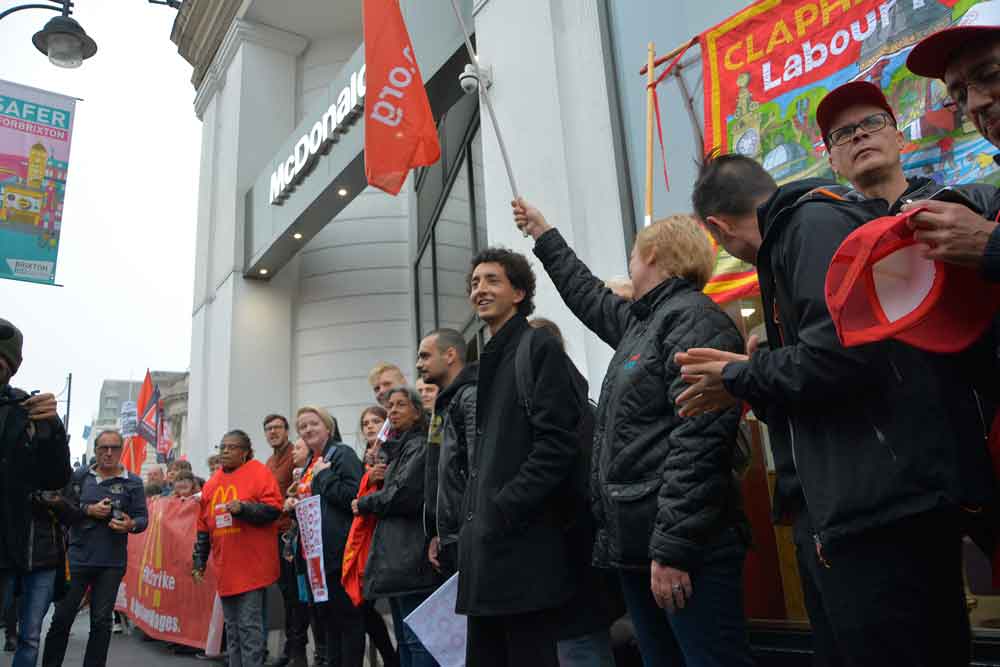 McDonald’s workers and other low-paid employees and trade unionists picketed the fast food restaurant in Brixton this morning (4 October).

After a brief rally in Windrush Square – where they were joined by local MP Helen Hayes and recently elected Coldharbour ward Lambeth councillor Scarlett O’Hara – they were due to join others for more protests in central London. 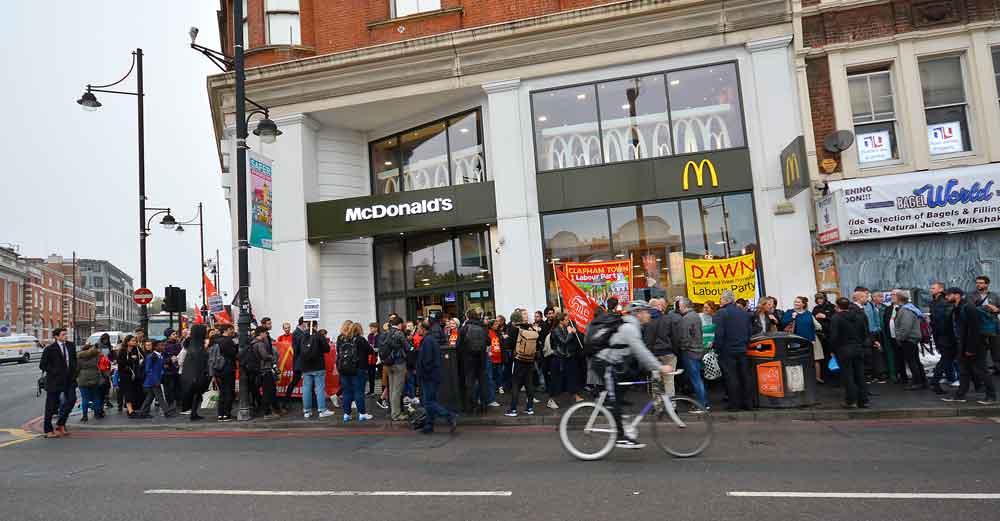 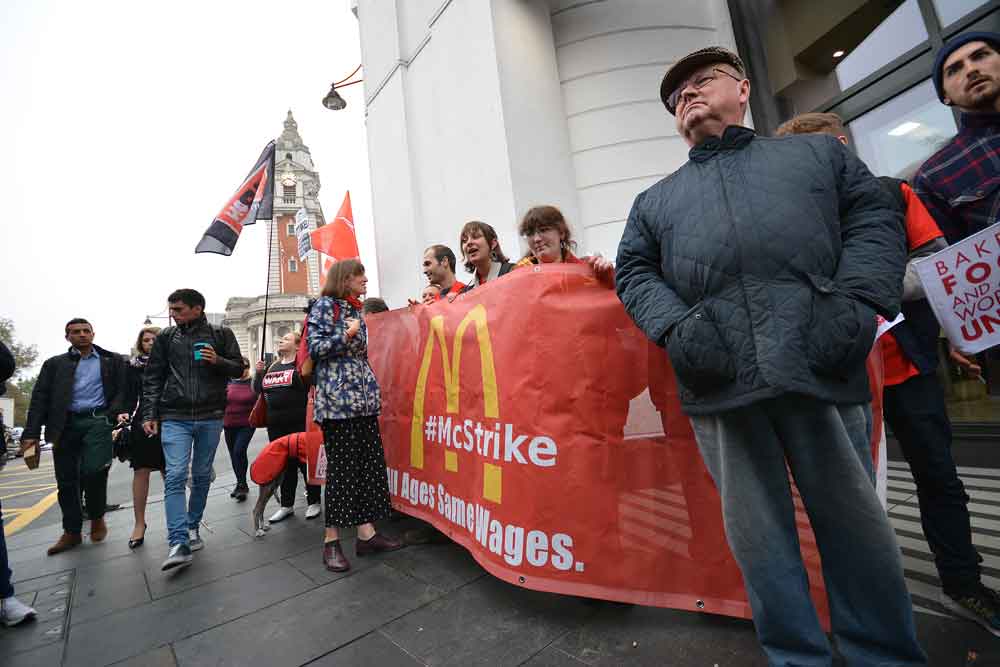 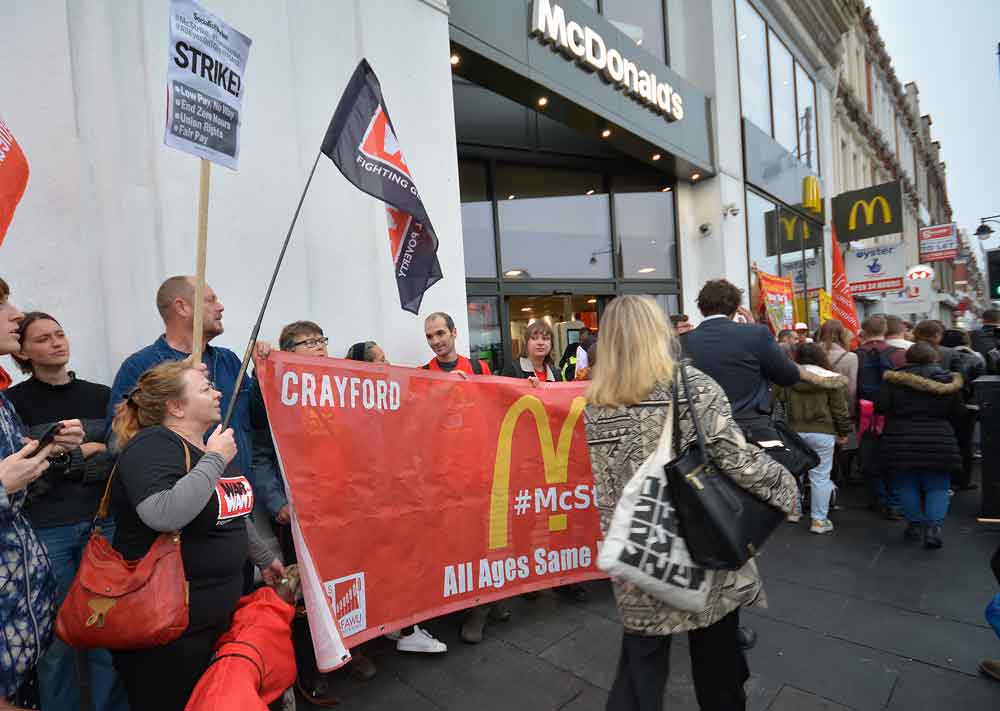 Ronnie Draper, general secretary of the Bakers, Food and Allied Workers Union, said the campaign was not just for McDonald’s workers, but also for Wetherspoons and TGI employees who faced the same problems of low pay and zero-hours contracts.

He said multi-billion-dollar companies like McDonald’s should not have “juvenile” pay rates. “Rent in Brixton is exactly the same price for a 24-year-old and a 25-year-old,” he said.

Companies like McDonald’s, Wetherspoons, TGI Friday and Uber were stacking up a future economic disaster as young people would not be able to buy houses or cars – “all the that keep this country going”.

Brixton McDonald’s worker Justine said she was inspired by the support.

“The reason I am on strike,” she said, “is that workers deserve better wages.

“I think we can all agree that it’s pretty crap right now.

“What is particularly inspiring about this campaign is that we were previously regarded as workers who could not be organised – people who were just in and out of work.”

Mick Brim, who represents Victoria Line drivers and other workers in the RMT union, pointed out that, even if McDonald’s workers in Brixton achieved the £10 an hour they were seeking, that would fall far short of the minimum £16 an hour that anyone wanting to live locally in a rented flat would need to earn.

Two workers from the “community run” Ivy House pub in Nunhead whose staff went on strike for three days in September after four of them were sacked after trying to form a trade union, were cheered.

“I always thought unions were irrelevant,” said one, Mark. But after his experience, he realised they were crucial organisations.

“What you guys are asking for is exactly what we were asking for: an end to zero-hours contracts and the right to be paid enough to live in this expensive city.

“You are moulding history. It’s easy to forget that grass-roots action like this can genuinely make a difference. You guys have inspired us so much.”

Betty Douglas, a McDonald’s worker from the United States, said everybody deserved to be able to earn enough to take care of their family. “I am so happy and proud to be here in solidarity with my brothers and sisters. We have to let them know that we are noy going to stand for this any more,” she said.

In a statement, the local London Assembly member, Florence Eshalomi, who grew up in Brixton, joined others, including shadow chancellor John McDonnell, in backing the campaign.

She said: “It is disgraceful that Londoners who are employed by hugely profitable companies such as McDonald’s and Uber are not paid a living wage or given a proper contract.

“It is high time that these employers listen to the repeated calls from the Mayor of London, and their own workers, to adopt the London Living Wage.

“Sadly, thousands of workers in the capital are being left in limbo by their employers’ stubborn refusal to guarantee basic rights in the workplace”.

She said that since coming into office the mayor of London, Sadiq Khan, had championed a London Living Wage, which increased to £10.20 per hour last year. She said more than 1,500 employers in the capital were now signed up to the scheme. The next London Living Wage rise will be announced on 5 November.

Brixton McDonald’s stands opposite the Ritzy cinema, where low-paid staff have been campaigning for the London Living Wage for several years.

Their solidarity message on the cinema was swiftly removed soon after 8am and, after some consultation, replaced by one of the usual saccharine displays. 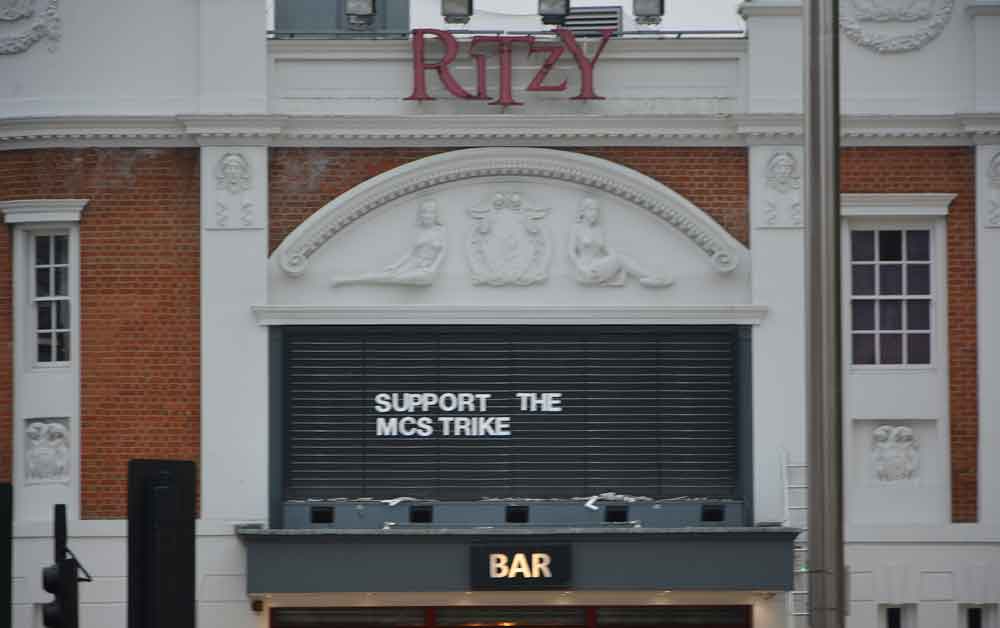 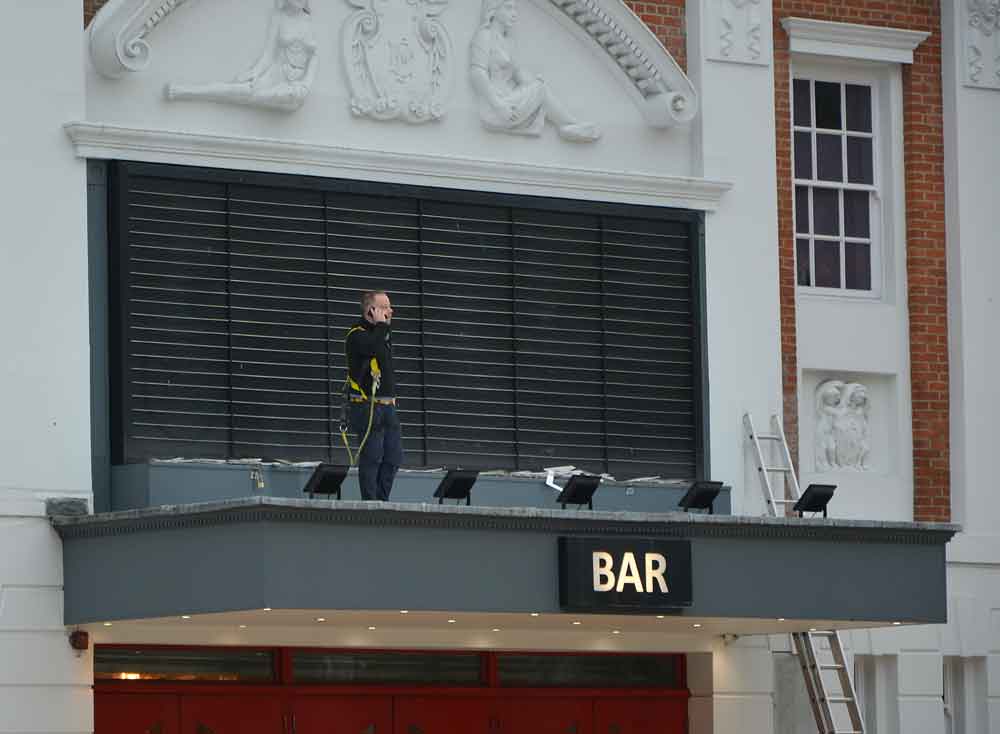 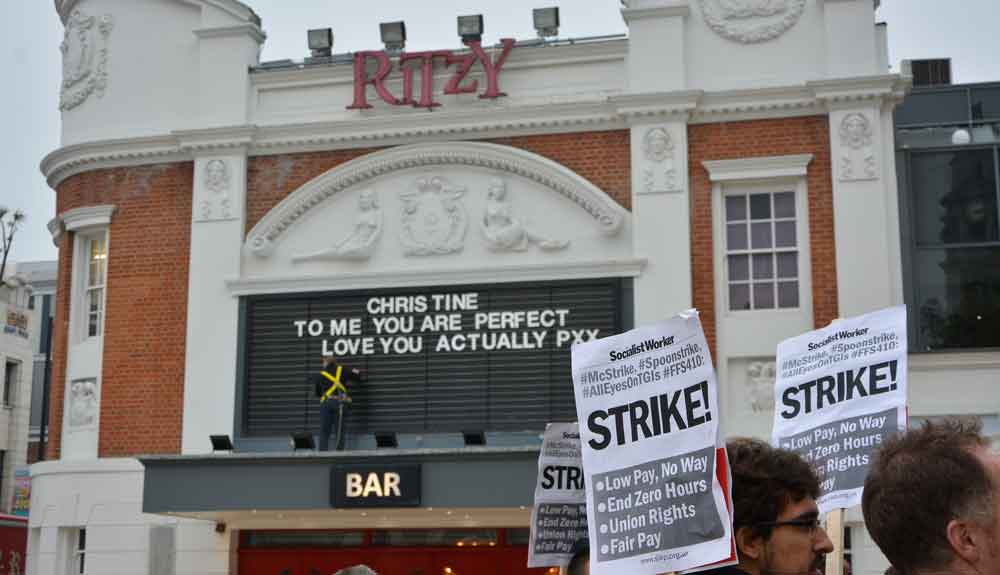 Labour win by just 19 votes in council by election

Eshalomi ‘still to be convinced’ Garden Bridge best use of taxpayers’...