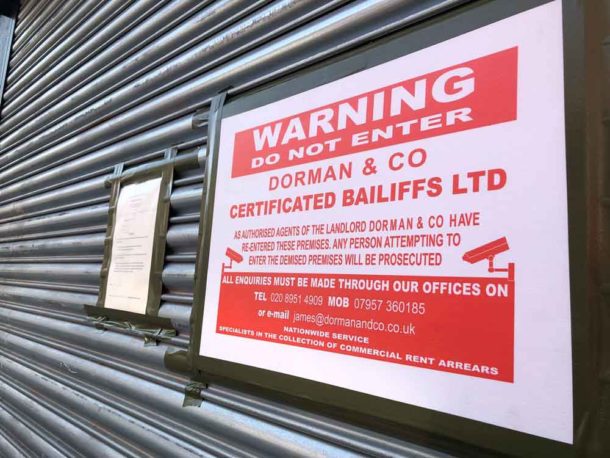 Elly Foster of Market House on Coldharbour Lane, joint chair of the Brixton Business Improvement District, has warned that there could be more closures of independent businesses in Brixton after bailiff notices appeared on Fancy Funkin Chicken next door to Market House.

She said independent businesses were being “wiped out” by sky-high rents and competition from chains that did not need to make an immediate profit in Brixton because they were doing so elsewhere in their chains.

She said the fate of Fancy Funkin Chicken was more confirmation that rents in Brixton are too high.

“New arrivals beware,” she said in a Tweet. “There is no pot of gold at the end of the Brixton rainbow.” 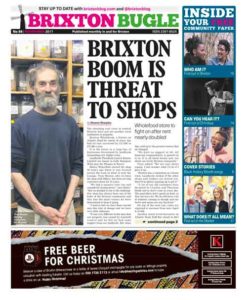 Last November the Blog reported on the plight of the long-established Brixton Wholefoods. The shop, a fixture on Atlantic Road for nearly 40 years, had its rent increased by £17,000 to £37,000 a year in 2017.

“We had a massive rent rise and considered closing down,” said Hilary Waterfield, who started the shop 38 years ago when it was located across the road in what is now the Lounge.

“But we decided to rise to the challenge. Our shop has always been one of the hubs of the Brixton community and this was the main reason we were determined to keep it going.

“I tend to feel we have been carried into this tide of change and we have very little influence.

“It was very different in the days that our property was owned by Lambeth council and we felt we had some support from our landlords. But when they sold up to the present owners that all changed.”

Another much loved favourite on Atlantic Road, Kaff Bar, closed in 2015 after its rent tripled. The premises are now occupied by a burger chain.

Many Brixton traders have also been hit by large business rate rises and other increased overheads.

Brixton boom is threat to shops