Brixton’s Photofusion photography centre has announced an open call for submissions for its August exhibition Made in Brixton – After Dark.

The exhibition is inspired by London Nights, the current exhibition at the Museum of London.

Photofusion hosted the public programming for London Nights which included a nocturnal event on 22 June.

Its Brixton centre on Electric Lane opened until midnight and organised a series of free workshops and talks, including a photo-walk through Brixton, a lighting and pop-up studio workshop, an opportunity to photograph the night sky using telescopes and Polaroid film, and a panel discussion featuring women who shoot at night.

If you already work after dark, or are inspired to try it after attending one of Photofusion’s free workshops, you are invited you to submit between six and 12 images that, in some way, meet the brief “Made in Brixton – After Dark”.

Anna Sparham, curator, photographs, at the Museum of London will select five to 10 photographers to appear in the exhibition.

Submitting to Made in Brixton: After Darkis free, to submit upload your submission via Photfusion’s online form. Submissions will be accepted until 16 July. Shortlisted artists may be asked to meet the selection panel during the week of 23 July 23.

The exhibition will open on 9 August and run until 1 September. 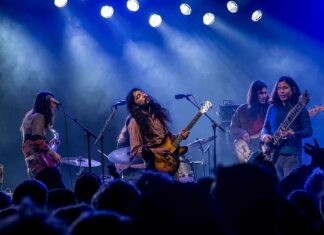 Let The Brixton Chamber Orchestra put a smile on your face

Local Heroes on show at the Tate Library Brixton