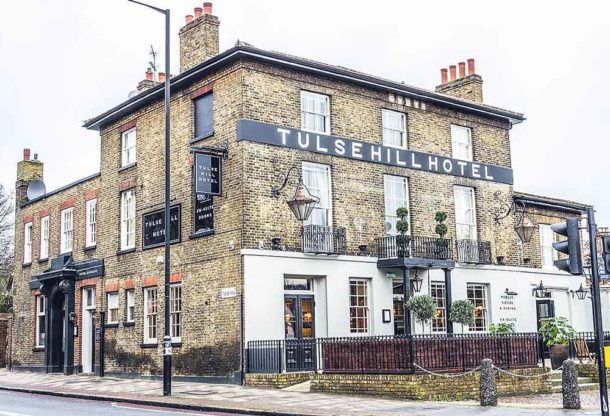 When we moved to Tulse Hill 12 years ago, there were several local establishments my then boyfriend and I were keen to visit. The Tulse Hill Tavern wasn’t one of them. A shabby, unreconstructed old boozer, equally old school clientele and its location by the South Circular gyratory didn’t exactly lure us in.

So, at the back end of 2014 when the 1840s building was re-vamped as the nine-bedroom Tulse Hill Hotel, promising modern gastro-style pub trappings, we were all ears. We weren’t disappointed. The décor harks back to a former Victorian splendour and it feels comfortably lived-in, like it’s been there forever already.

I’ve been at every time of day, but the Sunday roasts with their massive Yorkshire puds are a particular family crowd pleaser. The front of the pub is still good to pop in for a pint and it’s particularly lovely by candlelight with its squashy sofas. You can eat there too and the amicable, yet trendy, well-dressed staff, where natty beards are de rigeur (and the men make an effort too) always keep back some tables for walk-ins. 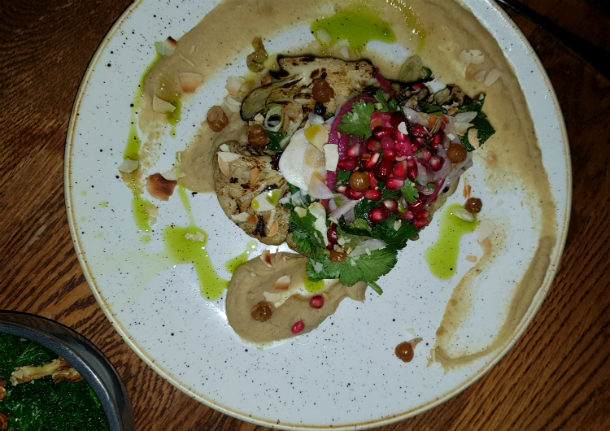 But it’s the more formal restaurant out back that we’re heading to for a mid-week dinner. The open plan kitchen turns out a broadly speaking modern European menu, but isn’t afraid to dabble in more far-flung flavours.

We started with ox cheek and Stilton croquettes with mushroom ketchup. Three gargantuan bad boys were full of flavour and nicely crispy. Our miso and honey roast aubergine would have benefitted from further and slower cooking as it wasn’t quite that desired melting, sticky consistency. 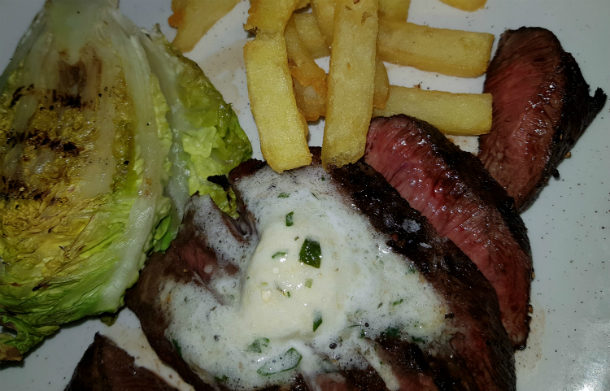 They’re rightly proud of their Robata grill (flashy Japanese BBQ) and the flat iron steak with garlic butter was beautifully cooked. The spiced cauliflower, also from the Robata, was less of a success – its accompanying crispy chickpeas, tahini and almonds made for a slightly bitter ensemble. Sides of polenta chips and Bloody Mary ketchup and kale with walnut butter were generous.

Puddings were a highlight, well executed and showing the proficiency of the kitchen. As I take my food reporting duties seriously, I gallantly tackled the cherry cheesecake, chocolate leaves and brandy cherries, which was as decadent as it sounds.

Booze-wise, admirably they offer close to 20 whites and reds by the 175ml glass, 500ml carafe and bottle and prices are fair. We tried Beck Ink, an organic red from Austria, mainly because we’d never heard of it and it was an inky old night out. We got a splash to taste first and it was great. Trendy seasonal cocktails might include a rose negroni or black cherry bourbon sour. Reluctantly we stumbled back outside via the beer garden, which really can’t disguise the fact that it’s bang on a major road, so it’s further testimony to the hotel’s allure that it’s always rammed when the weather lifts. 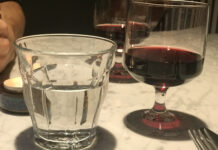