Lambeth is well provided for when it comes to tilling the soil. There are plenty of organisations keen to help – Incredible Edible, Brockwell Greenhouses and the South London Botanical Institute, to name but three.

But the volunteer-run Lambeth Horticultural Society has been promoting gardening for 67 years since its foundation in 1951.

And, while it has a long history, it is also at the heart of one of modern Lambeth’s cultural treasures – the carved vegetable competition at the annual Country Show in Brockwell Park.

Bob Tydeman is the competition organiser and one of several people who help to run the borough-wide society.

It organises two flower shows a year, managing a remarkable display at this year’s April spring show in the midst of unseasonably icy weather. The late summer show will be on 1 September.

The whole floral marquee at the Country Show – which houses the vegetable competition – is organised by the society.

The society also has a hut that is not a hut but a former council estate laundry leased from Lambeth council – it replaced an actual hut, but the name stuck.

Membership is open to anyone and nobody is going to check a new member’s postcode – LHS is unaware of any similar organisations in neighbouring boroughs.

Members, who include two Chelsea Pensioners, can enjoy coach trips to important gardens in the South-East of England, talks on horticulture from April to November in West Norwood’s Old Library, garden supplies at discount prices from the LHS hut and a newsletter three times a year.

Chris Smith of Pennard Plants – which sells one of the largest selections of edible plants, heritage seeds, fruit and herb plants to be found in the UK – captivates LHS audiences most years with a talk about his garden at the Chelsea Flower Show.

Members’ detailed knowledge of local soils and growing patterns – especially as the climate veers from unseasonably cold to hot – and advice and companionship is also really valuable.

Members form friendships across the usual boundaries. Steve Cutler with a young son is a good friend of pensioner Betty Cox.

People from many different backgrounds might be interested in tomatoes and start talking about them, he says, “and, all of a sudden, you’re talking even more”.

“Gardening is one of the activities that cuts across perceived barriers,” says LHS publicity officer Gabrielle Garton Grimwood. “It creates a bond between people.”

You can, she says, get fanatical about gardening, “so it’s nice to meet people who share your obsession”.

The current LHS membership of about 250 is predominantly middle-aged or older, but the society is doing something about that, beginning with a new presence on social media and a revamped website.

Gabrielle and Steve believe it is social media that has elevated the status of the vegetable competition.

And, should you be thinking of competing for the £2 prize money and the glory this year, Bob Tydeman has a suggestion.

He thinks that the fight of Dulwich Hamlet Football Club to keep its ground at Champion Hill would be a good topic for a sculpture.

It costs just £7 a year to be a member of the LHS. You can sign up at www.lambethhorticulturalsociety.org.uk/membership. 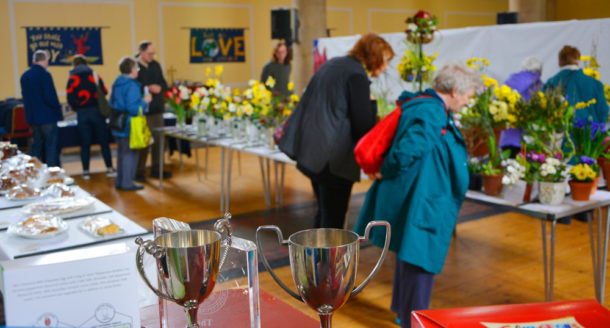 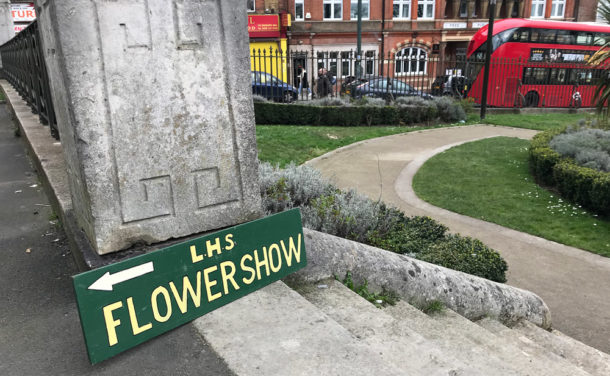 Faiths Together in Lambeth:  Calling all artists!