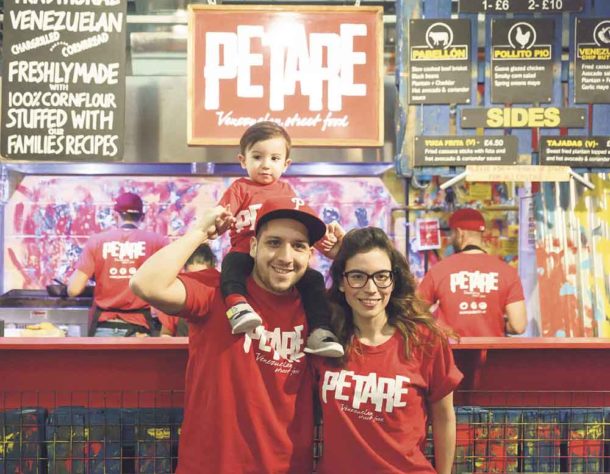 Arepa! Until the other day, what I knew about Venezuelan street food you could write on a stamp. Enter Rotsen Ibarra and family, hosts of Pop’s latest arrival Petare.

I know it’s borderline sacrilege to say this, but I never quite got the evangelical devotion to previous tenant Zoe’s Ghana Kitchen. I am though in danger of becoming a disciple of the arepa. Hola Caracas. Unlike some reinvented street food, which was never on a street, Petare feels like the real deal. Less of a traditional meal, more an extended small plates stop. It’s a small place with a big fat smile on its face and highly munchable munchies. 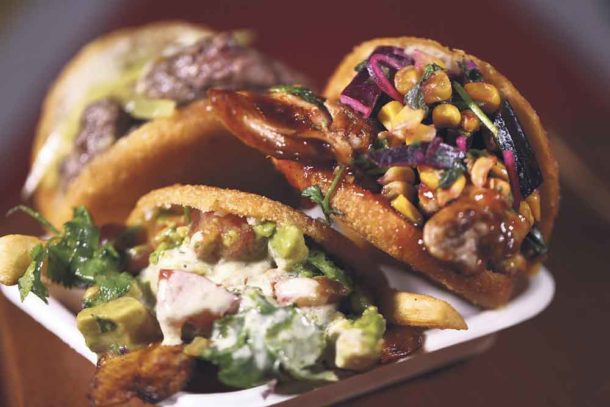 The arepa, pretty much the cornerstone of Venezuelan and Colombian tables, is a traditional fried cornbread “pouch” into which all sorts can be placed. At £6 a pop, £10 for two, you can dip in or go large and try everything. Nanana says hello to soft shell crab, spicy chipotle and lime mayo, Pollito Pio is full of masa glazed chicken, habanero mayo and smoky corn salad. Drunken Pig comes with beer braised pork, pickled onions, sour cream and chives and, my favourite, Pelua is melty braised beef brisket, fried plantain, queso fresco and hot avocado & coriander salsa.

Think crisped up fist-sized pack-a-pocket, with deeply flavoured, loved up meaty fillings, sultry sauces and some good old-fashioned kick. That’s not all they do but arepas are the beating heart of Petare. 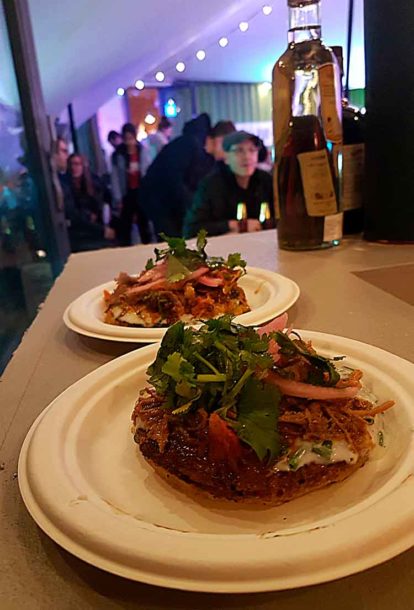 They even do a Venezuelan “chip butty” arepa for non-carnivores, cassava chips, plantain, avocado, feta and habanero mayo. Along with cachapa, a sweetcorn pancake topped with either cheese or the braised pork and you can have more or less all the fillings as a cornbread-free small plate if you prefer.

Petare has family recipes, wives and sisters in the kitchen helping out and a bustling sense of joie de vivre. All within a space Houdini would think twice about working in. Pop Brixton is truly a coming together of world cuisines and Petare has only extended that. Pop in.

A bit of positivity at Pop Brixton