During the recent show at Electric Brixton, Princess Nokia took time to talk about the plight of London’s Latinx* communities whose long-established community spaces, such as Latin Village in Tottenham, are under threat from exorbitant rent rises and redevelopment plans.

It’s not the first time she’s shown integrity and principle. Her robust response to a sexist heckler at a gig in Cambridge earlier this year won her many admirers – and it is this incident that plays on my mind as we approach the festive season.

This is a time to catch up with family and friends, eat, drink, party and have fun – but let’s be sure to look out for one another.

As the excellent Good Night Out campaign has highlighted, we all have a responsibility to ensure that nightlife is safe, respectful and enjoyable for everyone. Venues must adopt and implement clear zero-tolerance policies towards harassment.

If anyone – security, bar-staff, performers or punters – witness harassment or an assault they should intervene or ensure that someone else does. Businesses have a duty of care to respond professionally and with compassion to incidents and the whole community has a role to play.

The music industry should also take a good long look at itself. Casual sexism, misogynistic music marketing and gender-based bullying are commonplace.

All this has to stop. Though local music lovers may have little influence over the big cheeses and boardroom bullies, we can encourage venues to seek training from and adopt the recommendations of campaigns such as Good Night Out.

Bookers can also play their part and aim for a better gender balance on stage. Credit in that regard to local Latin music promoters Movimientos who recently brought the fabulous Cuban-inflected sounds of the (almost) all-female Wara to Pop Brixton and an all-female fronted night of Brazilian beats to the Hootananny, headlined by São Paulo’s queen of dancehall ragga Lei Di Dai.

In her own words, she “brought the Brazilian summer to Brixton and burnt down babylon”. Better than mince pies, secret santa and awkward moments under the mistletoe if you ask me.

For your festive fill of underground bass music head to Phonox on Friday 15 December where Butterz signee Flava D will spin her distinctive mix of house, garage and grime. 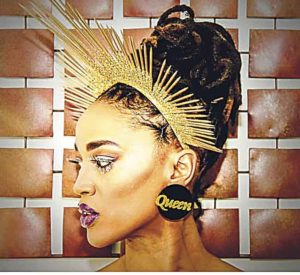 Then, if overcrowded shops and family feuds are starting to stress you out, sooth yourself with soul sister FLO’s sublime blend of poetry and music at JAMM on Saturday 16 December. FLO (Natalie “Floacist” Stewart, above) was a founder member of Grammy-nominated, platinum-selling, neo-soul sensations Floetry. Expect a full live band playing all the hits and look out for guest spots from British soul legends Omar and Terri Walker.

Looking ahead to new years eve, grab tickets while you can for what promises to be an epic knees-up at the Hootananny. The Correspondents head the bill with their weirdly wonderful high-octane aristocratic scats, while Dat Brass and Chainska Brassika get us in the mood.

Music filled, safe and happy holidays to all.

*Latinx is a gender-neutral word used instead of Latino and Latina. 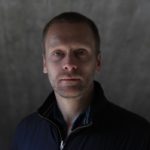