The ceremony at the African and Caribbean memorial was hosted by Jak Beula, who designed it and worked tirelessly to see its find its place in Windrush Square, and Nairobi Thompson, the grandniece of First World War hero Walter Tull.

In one of several powerful and moving speeches, leading educationalist Professor Gus John, the former director of education and leisure services for the London Borough of Hackney, said that even as the soldiers being remembered fought for freedom and against repression, their own freedom was being denied them. Even as they served, the racism of the society they were defending was visited upon them as Black service personnel.

Given their sacrifice, and that of all who died in the wars, he said, “we should not, still, be having to deal with the most virulent forms of racism in this society”.

The future for which they struggled “has not yet dawned” and we are “still in a struggle against repression; against various forms of oppression based on race, on gender, on sexuality and much more”.

He went on: “The more people in this nation believe you can put rings around Britain – Brexited from the rest of Europe – and go back to being a Little England, whose Britannia ruled the waves, the more we stoke trouble for ourselves and dishonour the glorious dead.”

Professor John warned that, as climate change made previously fertile parts of the globe uninhabitable, “there will be wars, make no mistake about it”. If we wanted to avoid the next atrocity, we should “dwell soberly upon why they died and why we have this monument. Because they were written out of the history of the two world wars by the nation states of Europe,” he said.

“Let us learn the lessons of history, And let us not just honour them as the glorious dead, but understand that their death was a political event.

“Let us not pray that they rest in peace. Let their spirit continue to rise and rail against racism. Rise and be amongst us, inspiring us in the struggles, so that human liberation can be our goal and no one nation should feel they have the right, as the result of myths of racial superiority, to lord it over the rest of the world.” 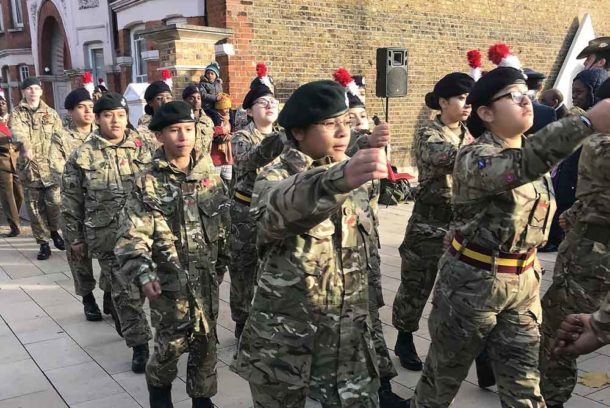 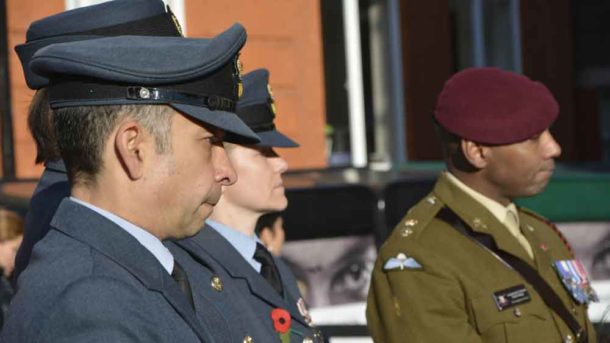 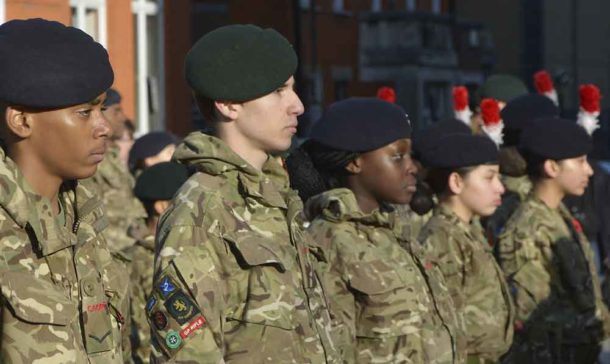 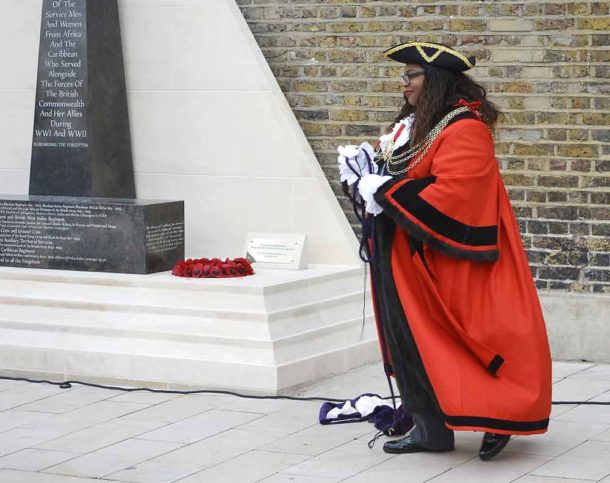 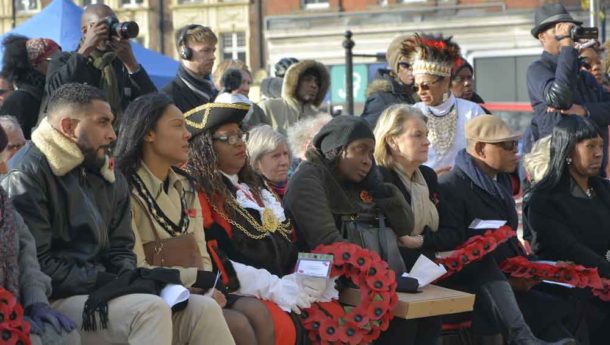 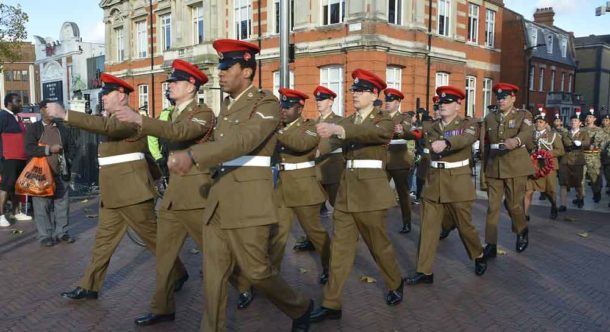 After the memorial event, Brixton library saw the official launch of Remembered by Jak Beula and Nairobi Thompson – an anthology of African and Caribbean experiences in the two world wars.