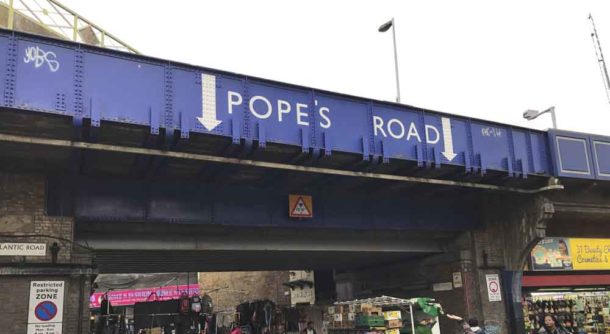 Lambeth council is to award a legal firm a contract of more than £100,000 to provide advice on its Brixton Central masterplan.

Trowers & Hamlins LLP was will assist the council with issues including “land assembly” for regeneration, and compulsory purchases.

The strategy for the masterplan is due to be completed in less than a year – by 30 September 2018.

A council report says that “the draft masterplan development brief is currently being reviewed to confirm its deliverability and this process will require input from the appointed advisor”.

The current masterplan was drawn up in September 2015, before the purchase of the “coalyard” site – that currently houses Brixton Beach and shops on Pope’s Road – by Sports Direct and the expected sale of Brixton Village by its current owners. Neither had the plan for a 96-room budget hotel next to Marks & Spencer been approved.

Network Rail has said that it expects that tenants returning to its arches in Atlantic and Brixton Station roads will be back by April next year. But the court case against it by four tenants who refuse to accept its terms has yet to be heard.

Work for Trowers & Hamlins will include:

Land assembly including a strategy for obtaining vacant possession

Selection and appointment of a developer or developers.

The current masterplan speaks of “The creation of new high-quality animated public spaces; improvements to the public realm around the rail station; improvements in provision for pedestrian movement and cyclists; improved linkages within the town centre and connections with adjoining areas; and support for communal use of public spaces and public art.”

One change under consideration is making Atlantic Road one way.