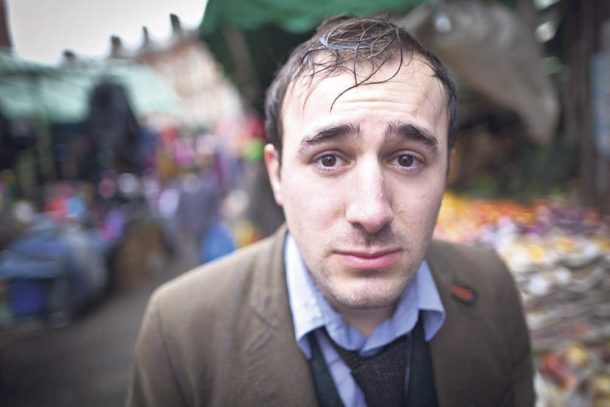 George Lewkowicz (aka Super­bard) – no stranger to our pages with stories about his Edinburgh Fringe shows – has made it to home turf with a podcast novel, The White Beyond the Wall, set in Brixton. It is a post-apocalypse fantasy about teenage twins Aron and Jacob, who can turn into an owl and a dolphin respectively. So far, so standard fantasy fare. But George is just as concerned with them being real teenage boys, including awkward encounters with girls and unwanted erections. And they learn quickly that it’s not that helpful to be able to turn into animals. George records each 15-minute episode with an immersive soundscapes and music. It’s now up to episode 14 of 32 and Aron has arrived at a university/commune in a future Ritzy cinema. Brixton feels different yet familiar. It’s a place of pilgrimage. The market’s still there, but it sells mainly religious icons and it spills onto Windrush Square. Lewkowicz (above) has lived in Brixton for seven years, and wrote the novel in F. Mondays on Brixton Hill. He’s set stories in Brixton before, including his show and iBook, The Flood, about a Brixton under the sea. The White Beyond the Wall is available free from all good podcast providers.