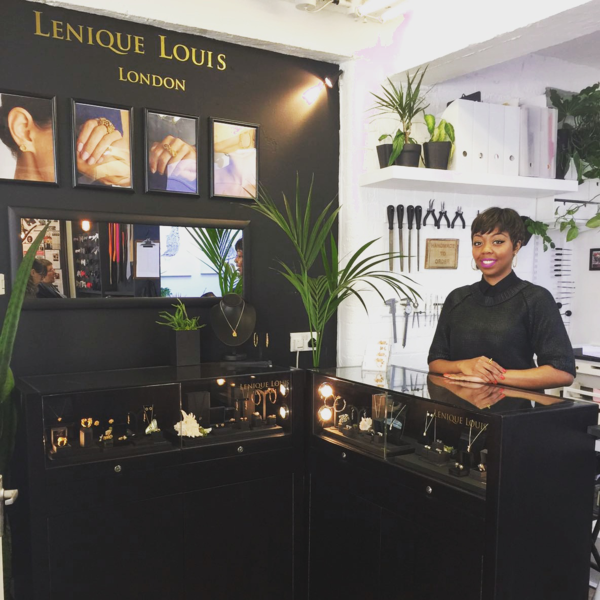 Brixton resident and jewellery designer Lenique Louis is a finalist in the Black British Business Awards.

As well as running her own jewellery company, she also runs an academy where she trains local people in jewellery skills and helps them with their wellbeing.

The awards celebrate the drive and success of members of the Black British business community and are backed by a score of large multinational companies.

Winners will be announced on 19 October.

Lenique, who began her career in a makeshift studio in her grandmother’s garage, is a finalist in the consumer and luxury rising star category. She has already won other awards for her work and business.

She was helped by a start-up loan from The Prince’s Trust and has been through the Hatch Ventures programme and took part in its Start Up Brixton event last year.

“I have a strong passion to help other Brixton residents wanting to test their business idea, or build their already established business,” she told the Brixton Bugle at the time.