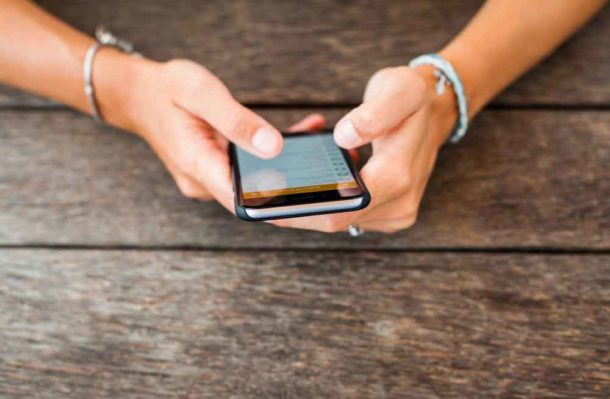 One-woman comedy play, The Pursuit of App-iness, is a surreal journey to the extremes of our relationship with mobile phones.

Miztli has since developed the play further with help of the Soho Theatre’s Comedy Lab, and brings the latest update to the Camden Fringe on 13 August. 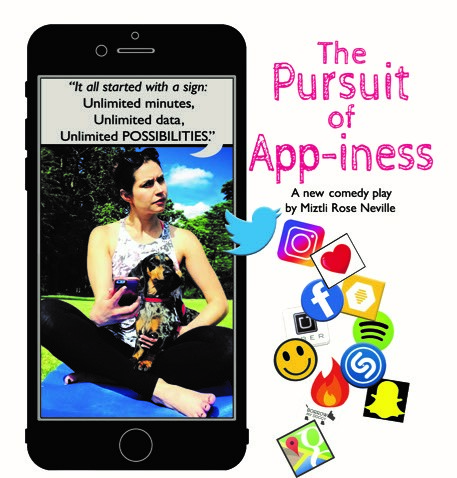 Miztli, who has lived in Brixton on and off since she was a child, and works part time at Casa Morita in Brixton Market, began work on the play around six months after graduating from her acting degree at RADA.

“I was really desperate to start writing,” she SAYs. “I was reading so many fascinating stories about our relationship with tech as a society. I was watching people becoming addicted to their phones, and was really interested in all the different apps out there, so that’s where I put my focus.”

Yet Miztli is not a technological native. Unlike most other 28-year-olds, she only got her first smartphone in 2015, shortly after graduating.

“I’m so clumsy,” she admits, “so I’ve always had a cheap phone because I have to replace them so often. When I graduated I wanted something to cheer myself up, so I got an iPhone and it changed my life.”

Despite being a latecomer to the smartphone party Miztli has adapted well. She admits that she’s already found herself addicted to Deliveroo, and managed to incur the wrath of Harry Styles fans after voicing concerns on Twitter that the popstar was maybe not the best casting choice for Dunkirk.

However, it was the discovery of the Borrow My Doggy app that proved the real game-changer. Borrow My Doggy connects those in need of a dog-sitter with people looking to hang out with a dog for an afternoon or two. While scrolling through pages of canine profiles, two sausage dogs – one of whom features in the play – caught Miztli’s eye, and so she messaged the owner.

“On our first meeting, she gave me the keys to her house. To me, it was really strange how quickly you could end up in a situation where you’ve met up with someone just to look after their dog and, without really knowing anything about you, they’ve given you the keys to their house.

Strangeness and surrealism play a vital role in The Pursuit of App-iness. Written as a series of vignettes based on the six pillars of joy, Miztli imagines the extent to which a reliance on technology, twinned with an active imagination, can take you.

One scene found inspiration from Zombies, Run!, an app which provides motivation for reluctant joggers by simulating a Zombie chase through their headphones.

“My character uses a very similar app,” explains Miztli, “but her imagination takes over. She has anxiety about fitness and running, but the anxiety that there are Zombies out there becomes so much more frightening.”

More than simply about discovering the most bizarre extremes of modern technology, The Pursuit of App-iness is about self-discovery, and what apps can teach you about yourself.

“Apps can make life so easy, so there was that combination of them being great, being terrible, and being addictive as well,” explains Miztli. “Maybe it’s the millennial story, or maybe it’s my story about being a graduate and not really knowing what you’re doing, and just trying to work through your life on a budget with apps.”

The Pursuit of App-iness appears at The Lion and The Unicorn in Kentish Town on August 13. Tickets are available here.