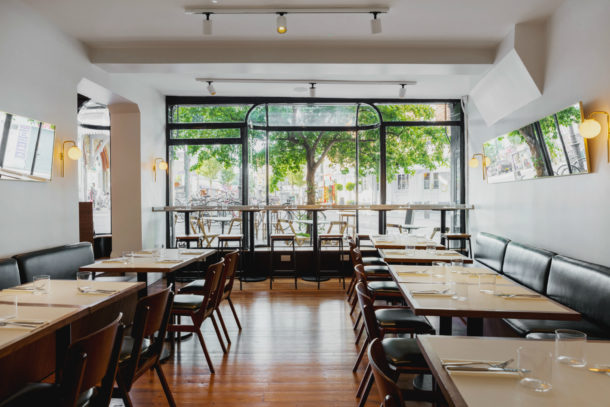 When Llewelyn’s opened in Herne Hill in an enviable location on Station Square, home of the popular Sunday Market, the anticipation was palpable. After all, its predecessor Pullens was a local institution, a neighbourhood restaurant before neighbourhood restaurants became cool. For decades diners flocked there for its laid-back, bohemian feel, spilling out of the restaurant on wonky metal tables on a summer’s evening or cosying up inside at happy hour through the winter.

When it closed last summer, talk of high rates pushing out local businesses for yet another hairdressers were rife. Well, a hairdresser was involved, but only in the sense that local Katya Davies from next door’s Myla and Davis salon snapped up the site, no doubt partly fuelled by nostalgia for her early days waitressing at Pullens.

Sporting a new, streamlined, grown-up look courtesy of local architect Henry Harker, the two relatively small rooms have been maximised with white walls, banquettes, oak, dark leather, brass and mirrors. And the décor’s not the only thing to get more serious. Where you never really went to Pullens for the food (unless you had a penchant for decidedly average mussels and chips) Llewelyn’s daily-changing menu clearly means business.

Modishly short and broadly British, its suppliers list is a real Who’s Who. Chef Warren Fleet hails from the Anchor and Hope and Ravneet Gill of St John on pastry promise to be a dream team in the kitchen.

But do they deliver? Not quite … yet.

Allowing for early day teething problems, the food was still a bit hit and miss. I started with a moreish cuttlefish in ink, chickpeas and aioli but my friend fared less well with griddled mackerel, beetroots and horseradish. The mackerel’s skin could have been crispier and the beetroots appeared to be of the vac-u-pac variety. OK for a quick home supper but Llewelyn’s suggests, and aspires, to more than this.

Mains were more consistent – roast cod, asparagus and beurre blanc featured a thick slab of beautifully cooked cod. But they forgot the beurre blanc and when it came it was on the road to tepid. Spotting the next table’s good looking chips (which they urged us to order because they were so amazing) we asked for some too. But we were told pointedly that they were only available with the rabbit. This struck us as inflexible. 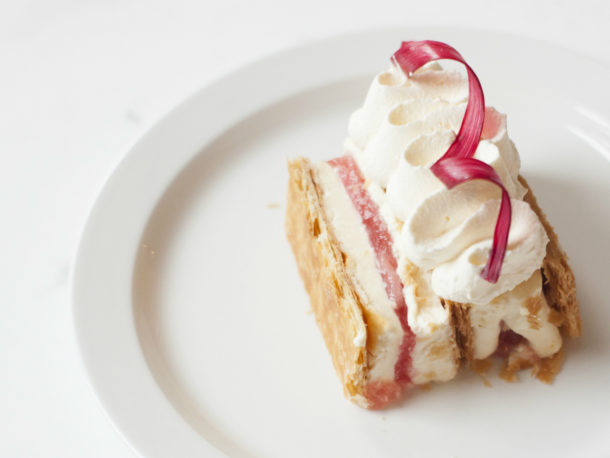 Gill’s solid pedigree means breakfasts (of baked goods like Welsh, Eccles and loaf cakes) work really well at Llewelyn’s. On a return brunch visit, the staff seem a bit more relaxed too, with the service less erratic. Sunday roasts to share look well worth a try and the wine list is carefully sourced with all wines available by the glass.

I’ll be watching Llewelyn’s evolution with interest. At the moment it’s a perfectly pleasant bistro which can’t quite decide whether it has illusions of grandeur or just wants to loosen its waistband and slip off its shoes. Once it decides Herne Hill may very well have the top-notch neighbourhood restaurant it truly deserves.