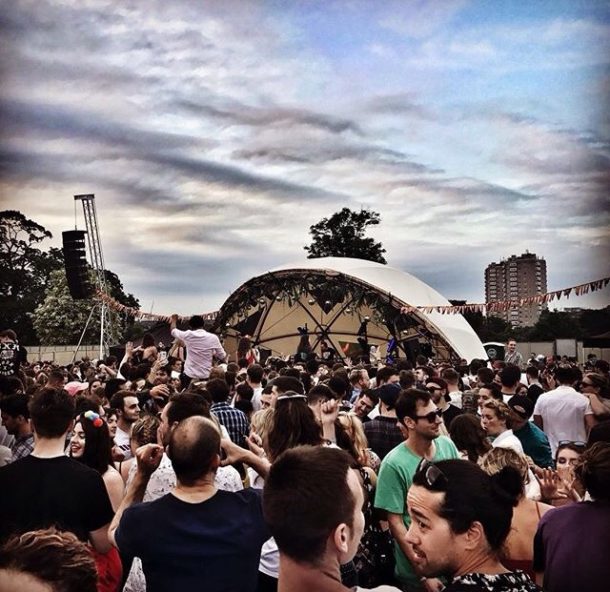 Brixton is one of the most vibrant and diverse yet still emphatically convivial places in London – and I would argue the entire United Kingdom. Joe Wallen reports on this year’s Gala Festival.

During these dark times where much of the media would have us believe our differences can do more to divide than unite us, Gala Festival stood for everything us Brixton residents love about our home.

6,000 Individuals from a whole host of backgrounds, beliefs and boroughs descended on SW2 for a day which successfully celebrated south London’s best of music, food and drink in Brockwell Park at the end of May.

Headline DJ Nicky Siano got it spot on when he spoke to the Brixton Bugle about his excitement at having headlined the festivities.

“I loved playing at the festival,” he said, “the first time I played Brixton was at the Prince of Wales pub.

“Before I went on a few friends took me out to dinner and as we walked the streets I was reminded of New York in the seventies.”

“The energy was palpable and the streets were filled with cool people who were excited to be part of something growing and changing – I love the UK and Brixton remains a very special part of it.”

Whilst Gala Festival may be a new addition to an already fairly saturated day festival scene in London – its second year showing is certainly a major improvement on its debut last year. With a few tweaks it could certainly be mentioned in the same breath as established competition such as Field Day.

The line-up had a distinctly funk and soul flavour and featured some world-class acts that did very well to distract the crowd from the unfortunate weather conditions.

A particular highlight was disco ensemble, Crazy P who headlined the main stage.

Many festival goers described the moment of the festival as being as when the sun set over the London skyline in the distance – turning an atmospheric lilac – while Chris, James, Tim and Matt, with Danielle on vocals, entertained us with a truly memorable electro house set.

The wildest reaction from the crowd was for the band’s biggest hit ‘Heartbreaker’, which brought the festival to an end on a sizzling crescendo. The group certainly blew away any lingering damp spirits from the earlier downpour.

As well as the main stage, there was the Horse Meat Disco Dome which proved its weight in gold (or purple!) – providing cover for revellers from the inclement weather.

I don’t remember seeing quite such frivolous yet memorable detail on a festival stage for quite some time. It was adorned with silver mannequins, purple plants, pink flowers and butterflies which reflected the hedonistic vibe the Horse Meat Disco guys are known for.

Local dance music enthusiast Joe Thomas, 24, picked out Joey Llanos as his favourite set of the day, another act that graced the Horse Meat Disco Dome.

“I’ve always wanted to see a set from Joey Llanos as he is a bit of legend from his Paradise Garage days, and he did not disappoint. He treaded the line perfectly between soul, funk and boogie.”

The Family Stage stood in the corner of the field, and while its early attendance suffered from the weather, many braved the elements as the afternoon progressed as they chatted and clung onto pints supplied by a number of south London’s finest such as Brixton Brewery.

The close proximity of the three stages and bars on the site were not to everyone’s tastes. But it ensured that when friends were lost in the melée it was never for too long. It contributed to the festival’s community vibe as you often bumped into a similar crowd throughout the day.

For me Gala was the perfect metaphor for everything I love about Brixton, it brought people together through a friendly, fun atmosphere for a day not to be forgotten.

Organisers Jonny and Giles certainly have a lot to be proud of.  See you in 2018!

Everything you need to know about the Effra