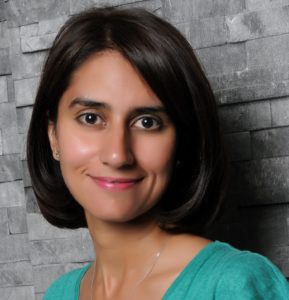 The housing crisis is getting worse and there appears to be a land grab for prime real estate going on across London. Homes are being used as financial instruments not homes to live in. Targets to build affordable homes are not being met and since when was 80% of market rate in London affordable!

Firstly I would change the definition of affordable so that it reflects reality, 80% of £800K (a price of a 1 bedroom flat in St George’s Wharf tower according to Zoopla) is not affordable. I would also hold Council to account so that they are better and bolder at ensuring commitments and contract terms negotiated with Developers are strictly enforced. Councils have a role in getting the best for all its residents.

The Greens think homes should be safe, secure and affordable. We would introduce a living rent for all through smart rent controls, provide more secure tenancies for private renters, and introduce mandatory licensing for all landlords. We would launch a major programme to build affordable homes including half a million new socially rented homes over five years and start action to bring empty homes back into use. We would reinstate housing benefits for the under 21s and bring an end to the cruel and unfair Bedroom tax.

In Lambeth, there’s been a push for estate demolition. We’ve seen it with Cressingham Gardens, Central Hill estate and it’s now happening with the Westbury and Fenwick estates. Refurbishment doesn’t seem to be an option even though residents have developed good alternative plans that are cost effective. I would give residents a genuine say in what happens to their estate and community, no demolition without the vote of residents. This is a promise Sadiq Khan made to Londoners and has already broken. Greens would put the right for residents to decide into law. I’d also push for more council homes to be built and push for community led housing and new co-ops to take over empty buildings.

Locally we need more affordable homes available to buy and to rent by local residents, and more council homes that remain council owned. Let’s stop the land grab and give back our communities safe, secure and affordable homes.

Over 9000 premature deaths in London are attributed to air pollution. In Lambeth, we breached annual limits within the first four days of the year. Vauxhall has some of the worst levels in the country. Air pollution affects us all, from the womb to old age. It triggers strokes, heart and asthma attacks and is linked to premature births and stunted lung growth in children. The Government has released its plan to deal with this public health crisis, and sadly, it falls short of what we need to protect the lives of the millions of people facing illness and respiratory problems. Basically, it’s a plan to make a plan. We deserve better.

We should first start by raising awareness. More monitoring means a better understanding of the scale of the problem. There are only 3 monitors in Lambeth but we could introduce more local monitors outside schools for example. We should invest more in better walking and cycling routes to make it safer, easier, and more pleasant to get about by bike or by foot. We should expand the Ultra Low Emission Zone to go beyond Zone 1 and 2 and introduce a new Clean Air Act fit for purpose. We should shift to more electric vehicle use (cars, buses and vans) with more charging points across London and push Government for incentives to shift from diesel to electric. We should also charge a one off fine to the car companies who lied to us about levels of emissions from Diesel cars . We should cancel the expansion of Heathrow and use that money instead to invest in the much needed upgrading of public transport routes. We must also ensure that our EU environmental protection rights are not lost with Brexit.

Finally we should not demolish the bus station at Vauxhall Cross, a plan that will most likely exacerbate the situation.

As a staunch Remainer/EU Reformer, and someone who is directly affected by the decision I would fight tooth and nail to immediately guarantee the rights of EU citizens in UK and British citizens abroad in the rest of the EU. I’d work with Lambeth for Europe and other organisations to send the message that Lambeth and Vauxhall respects and values its international residents. We are a multi-cultural area and unfortunately some of the rhetoric used by the Leave campaign has been adopted by the the media and some members of the public. It is important that we get our message across that we are an open, tolerant society. I’d also support communities and families directly affected by the decision to get the information and help they need with residency applications.

The Green Party will hold a second referendum on Brexit once the terms of a deal have been agreed with the EU. Like any commercial deal, that referendum will give the public two clear choices: stick with what we have, or sign up to the deal on offer. And like any deal we will make sure those affected are involved: a Green referendum would give 16 and 17 year olds the vote, making sure that they actually have a say over their future instead of having that decision made for them.

The issue hasn’t changed since the last time I stood as a candidate. The key issue that local businesses raise with me is the fact that they are being priced out of the high street by large chains who can pay huge sums for the rental of premises. I support local independent businesses having access to affordable premises so that the nature of the high street is not warped by the major chains. I would also encourage the Council to use its significant purchasing power to favour local procurement of goods and services.

Local schools do a tremendous job, but since 2015 £2.2bn has been taken out of the education system and between now and 2020 the Government plans to take out a further £3bn. That’s over £200,000 for every school or £1000 for every pupil. At the same time more is being asked of teachers and pupils. Children are now being tested from age 7 onwards, with their results affecting the classes they are put in and their chances of getting into a decent secondary school. Asking children of that age to learn, revise, and test their knowledge has sapped all the fun, creativity, and inspiration out of going to school. The fact that teachers are also assessed on how well they drill their pupils for these exams – with the shadow of Ofsted hanging over them – means they have no time to do the thing they are meant to be at school for: teaching. We need to put a stop to this sausage factory of exam testing.

The Greens want to create an inspiring education system that transforms lives.

We believe in creating an inspiring education system. First and foremost we must make up for the enormous shortfall, the massive neglect, in our education system. Greens will ensure the education spending deficit of £7bn is plugged, laying the foundations for a transformative education system. Smaller class sizes, more extra curricular activities, We will scrap SATs so that pupils are no longer subjected to pointless, pressurised testing. And we will ensure that children’s education is in the hands of teachers and parents, not businesses.

Education should be inspiring, and teachers should be allowed to pursue their passion to teach.