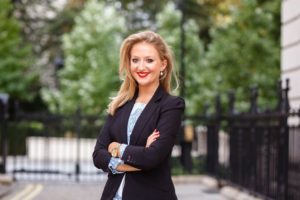 The housing crisis in Lambeth not only means there is a lack of affordable and social-rented homes, but also Lambeth Council’s plans includes demolishing existing communities, without knowing what will replace them. If elected, I would take the matter to Parliament and call a halt to the demolition plans, and seek a full and proper consultation, with all options on the table. until residents are properly consulted and a full review is provided.I will also work to protect the rights of tenants, and leaseholders across those estates. The Conservative Party has set out an ambitious house-building programme, including building a million homes by the end of 2020 and introducing new social housing, protecting Right to Buy, and ensuring that fund from the sale of homes is used to build more social housing.

Air pollution is one of the most urgent issues affecting residents, and I will work to improve the Government’s Clean Air Bill, to be more responsive of issues specific to Central London. This requires a co-ordinated effort, and I would seek to create a local cross-party organisation, including local groups, schools, Lambeth Council, TFL, and the Mayor’s office, to tackle air pollution, most of which is caused by through-traffic passing through the constituency. I would also work to improve our cycle lanes and ensure Vauxhall sets the example of the Conservative’s pledge to plant 1 million trees in towns and cities.

Like most of you, I voted to remain in the European Union, and understand local sentiment on the issue. What is important at this election is getting the best deal possible from Brexit and beyond – something that can only be delivered by Theresa May and a strong Conservative Government. London is open to the world, and if elected, I will take that message clearly to the top of Government.

There are now 1.8 million more children learning in good or outstanding schools since 2010. The Conservative Party has also announced new technical qualifications, known as T-Levels, to ensure young people are properly equipped to enter British industry. As a passionate believer in diverse choice of career paths, I would work with local schools and businesses to build relationships, encourage apprenticeship scheme partnerships and ensure schools are meeting the needs of local employers, as well as supporting the students seeking to continue their academic studies in higher education.