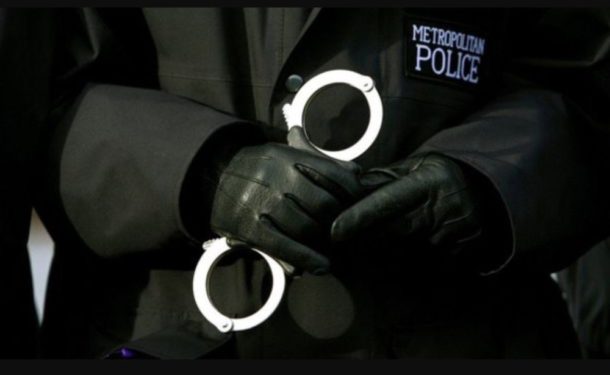 The police have a hard time in Brixton. We all want crime to be dealt with quickly and efficiently and we all want it done politely and with a light touch. When was life ever like that? Simon Still met a police officer who knows all about the problems and, unusually, wants to talk about them

John Sutherland has lived in the area throughout his time in the Metropolitan Police and was serving in Brixton when violence erupted in 1995 after the death in custody of Wayne Douglas.

We met to talk about his book – an account of his career in the police and the breakdown that ultimately led to him leaving the force. The father of three young girls, in person he’s warm and quietly spoken and brought with him his spaniel puppy who sat at our feet while we talked. 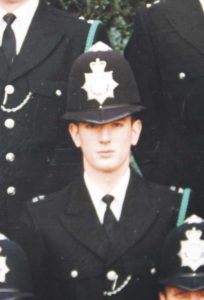 After joining the Met in 1992 he rose to senior roles fairly quickly – latterly as borough commander for Southwark. A breakdown in 2013 – a “crisis of everything” – left him debilitated and he began writing about his experiences as a form of catharsis. He started publishing a blog which developed into a memoir.

A series of vignettes taken from a career spanning seven London boroughs give an insight into both “the carnage that happens beyond the sight of many of us” and the “painful privilege of policing”.

While, like most police officers, he refers to “the job”, it’s obvious both in conversation and from his writing that it was much more than that to him. He joined hoping to make a difference.

His frank and honest account of his breakdown and depression feels like another act of public service and, while it lacks a single trigger, it’s obvious that the “relentless wear and tear of policing” played a part.

Whatever filter allowed John to go where most would not and do what most could not, his book will give readers an insight into the realities of life as a police officer and the impact it has on them.

Extracts below from Blue: A Memoir – Keeping the Peace and Falling to Pieces, published by Weidenfeld & Nicolson, May 2017. £12 from Amazon.

I’m in the front passenger seat of an unmarked police car with a couple of plain-clothes colleagues.

Gavin is driving and we find ourselves somewhere near the top of Brixton Hill. We’re stopped at a T-junction when a moped crosses from left to right in front of us.

Young rider, dressed casually and wearing a helmet. Gavin and I look at each other and say, almost simultaneously: “That’s nicked”. It’s just instinct, but somehow we both know.

And we’re off after him. Nice and easy does it – he doesn’t know we’ve seen him. Southbound, towards Christchurch Road [The South Circular between Brixton Hill and Tulse Hill].

Onto the radio, I call up for a check on the number plate. It comes back stolen and we’re in business.

Right onto Christchurch Road and towards the junction with Brixton Hill, he still hasn’t seen us.

Everyone else has heard the result of the check and they’re all heading our way.

Someone on the radio asks for India 99 – the helicopter. Having them overhead makes it easier to track a moving suspect and their thermal imaging equipment can pick up signs of life in the most unlikely of hiding places.

Straight over the junction, eastbound onto Streatham Place. Approaching the next set of lights.

Left into New Park Road. And immediately left again into an estate – Hayes Court, I think. He drops the bike while the engine is still running. I’ve got my door open before we’ve stopped moving. He’s off and I’m after him.

Through the estate and back out onto Streatham Place. I’m trying my best to keep up. At least this stretch is downhill.

Then, up ahead, I see some members of the public walking towards us. I shout out: “Police … Stop, police …”

Nothing is as it seemed

The TSG are on the ground and one of their carriers pulls up a suspect vehicle on Acre Lane.

The TSG – Territorial Support Group – are a central Met unit, trained and equipped to deal with public disorder. When there are no marches or demonstrations going on, they deploy to London’s crime hotspots in support of local officers. They usually turn up in three vans containing six or seven officers each and, today, they’re with us.

The car they’re following has just done a red light and they’ve still got it in sight. Game on. We head down Brixton Hill, anticipating that we’ll catch up with them somewhere near the town hall. My hand is hovering over the car radio, ready to press transmit and take up the commentary.

We are bang on the money. As we approach the junction from the south, we see the car with the carrier coming up behind it. It does another red light. But, just as my sense of excitement is reaching a peak, the car simply pulls over, with the TSG bus right behind it.

Dammit. Not only is there no chase, but some other PC is going to steal my prisoner. I jump out of the car and run forward, still hoping for some of the action. But nothing is as it seemed.

The car isn’t stolen and it doesn’t contain a gang of hardened criminals. Not even a petty thief. Instead, in the driving seat is a distressed husband. Curled in a semi-foetal position in the front passenger footwell is his wife and she’s in the advanced stages of labour. My grumpy sense of grievance vanishes.

One of the TSG lads gets into the driver’s seat of the car and we lead a three-vehicle blue-light convoy to King’s. I jump out at A&E and run inside, looking for someone other than me to deliver the baby.