Certitude, the social care charity, has teamed up with professional photographer Mike Tinney to show the human face of social care. The charity provides personalised support for people with learning disabilities, autism and mental health needs. 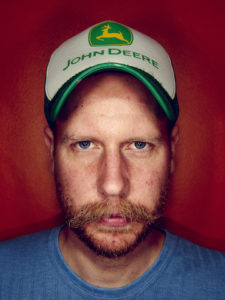 The exhibition is the result of a collaboration between Certitude community development manager, Jake Meyer and photographer, Mike Tinney. It sets out to show the human face of social care – colourful, bright and engaging – a sharp contrast with the negative narrative of budget cuts and negligence so often portrayed in the media, says Tinney. The exhibition runs to 14 July at the Certitude Connect & Do Space in Brixton.

Everyone is in some way associated with Certitude’s Connect and Do. They include people who are supported by Certitude, their friends and staff. In a bid to break down the barriers which traditionally exist between carer and cared for, the pictures do not identify the subjects by their role in the social care system. 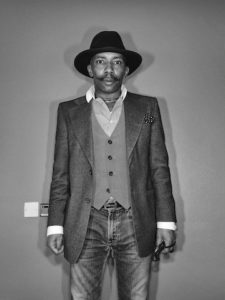 As well as having their portraits taken, those involved were also asked to answer three questions to supplement the photographs. The answers to these questions – “What do you see when you look in the mirror?” “How would you describe your face?” And “Tell us something about yourself?” will be included in the exhibition.

Mike Tinney has worked in both the commercial and third sectors and Jake Meyer and the Community Development team recently won an award for their work with Certitude to increase social inclusion in the arts for people with learning disabilities and mental health support needs.

Jake explains that as he and Mike began to work on the content, the themes of this exhibition continued to evolve:

“As the project developed, Mike and I became more and more interested in how people see themselves and the commonalities that we all share, i.e. we all have a face which we can be identified by, we all have insecurities and opinions of ourselves and both of these factors help us to relate to one another. The aim was to promote a sense of inclusion and belonging for everyone involved.”

“Self Portraits in Social Care” runs to July 14 at the Certitude Connect & Do Space, 109 Railton Rd, London SE24 0LR and is open Monday to Saturday 10am – 4pm. For further details email.