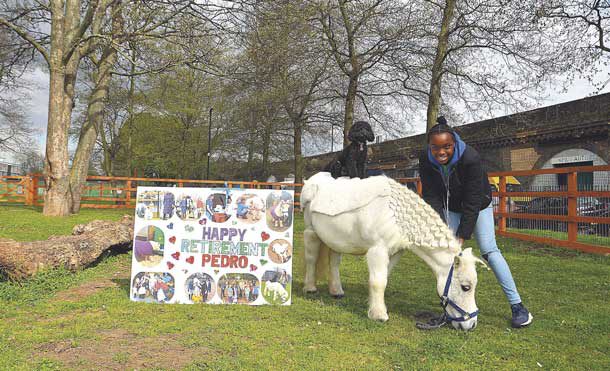 Brixton’s hardworking Shet­land pony Pedro is retiring to the countryside in Surrey after three years at the children’s charity Ebony Horse Club.

During his time in Brixton, the 17-year-old miniature has cultivated quite a following, meeting royalty, Olympians and film stars.

In 2015, he finally got the chance to see over his then stable door after children designed him a special “Pedroscope” and raised funds to build it. He has also made an appearance as the guest of honour at a wedding party.

But arthritis has begun to set in and the Ebony team decided that it’s time for retirement.

Dan Cook, who looks after the eight ponies at the club, said it was a tough decision as “he’s been such an asset to the club and everyone loves having him here, but the welfare of the horses has to take priority”.

Pedro is heading to a “wonderful home” in Epsom that will help his condition, Cook said.

Ebony Horse Club in Wyck Gardens was founded in 1996 when children were transported by minibus to riding centres around London. In 2011, it was officially opened as a community riding centre in Brixton’s Coldharbour Ward, one of the most disadvantaged neighbourhoods in the country.

The charity gives children who would otherwise have no contact with horses the chance to learn to ride and interact with them.

It aims to be a safe haven for young people in the area, mentoring children through a mix of sessions with youth workers, as well as helping them get into colleges and employment using the equestrian skills they develop.

Pedro’s petite stature – he is only 33 inches high – has meant he has been perfect for introducing young people to ponies, as well as working with children with disabilities.

Pedro was less intimidating than some of the bigger horses, particularly for those who have never come face to face with one before.

In March this year, he met the president of the club, the Duchess of Cornwall, when she visited the centre to mark its 21st anniversary.

Balding said she wished Pedro “a very happy retirement after a life lived in the service of others. He has mastered the art of pretending to let children take control while dragging them towards a patch of tasty grass.”

Although the diminutive star has been a firm favourite with the young people and staff, it’s his best pal Parker the miniature Poodle that will miss him the most.

Owner Holly Lieberson, senior youth worker at the charity, said that at first Parker was very timid and afraid. “Then one day I found him sat next to Pedro in the yard and since then they’ve been inseparable pals.”

“He’s got this funny thing he does with his hoof, when he knows there’s a carrot or something around, he’ll scrape his foot on the ground to get your attention,” added Laura Fee, 16.

Another member, Zoe Cardew, 13, who likes plaiting Pedro’s mane and tail, said he is particular when it comes to his mane. “He lets you know when you’re not plaiting it right, which is really sweet.” 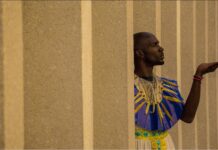