An acclaimed film about gentrification in Brixton will open here exclusively next month before playing more widely in May.

It deals with the many issues that gentrification of a place like Brixton can throw up – from the purpose of art to whether a Black person can be a gentrifier in Brixton.

It is an exciting mix of documentary, drama and performance art in a multi-media format.

Director Shola Amoo lives at Elephant and Castle and spent his youth between the Elephant, Peckham and Brixton.

Producer Rienkje Attoh grew up in Brixton, left and then came back to a place that was very different to the one she knew. 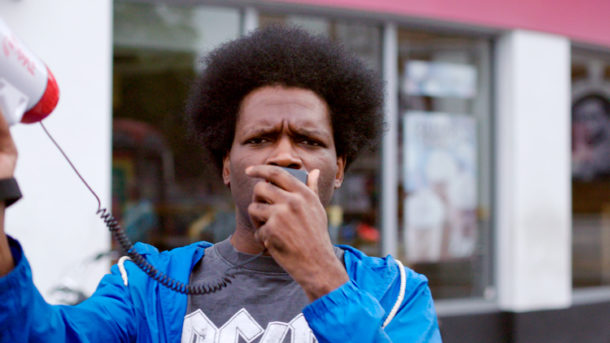 This forms the basis for the experiences of Nina, played by Tanya Fear.

A young artist, she returns to her community after a long absence and soon questions whether she is part of the problem of gentrification that she sees around her.

As she struggles with what may be her own complicity, she decides to create a piece of art that can bring her community together.

The film follows her journey, and fact and fiction merge as the lives of real Brixton residents affected by gentrification are brought into focus.

A Moving Image opens at the Ritzy on 28 April.

Look out for our review and more.