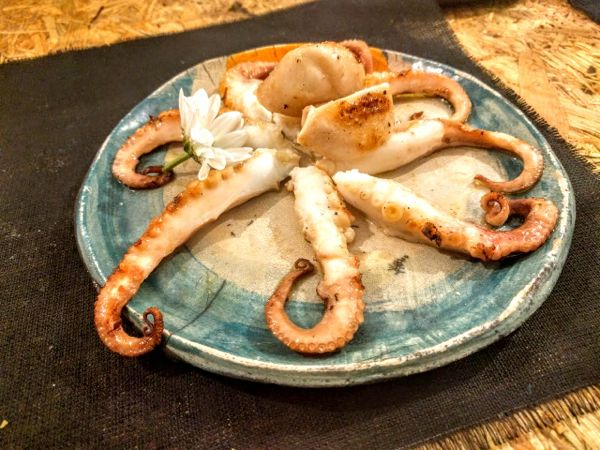 Trattoria Franzino has just signed a three-month extension to its residency inside Pop Brixton’s flexible restaurant space, designed to offer new starters a chance to establish and grow their business. Being a lover of all Italian food, I thought I’d go down and check it out for this month’s review.
The Sicilian style cafe is owned and managed by hubby and wife team Pietro and Stefania, both having moved to London from Palermo just over a year ago. Pietro has a background in working in some of Sicily’s top restaurants, but this is their first venture as a pair into the food world.

The style is purposefully laid back and invokes a warm, friendly and sociable vibe. The menu is made up of ‘schiticchio’ (pronounced ski-ti-keeo) which means small plates of local specialities. Usually these small plates would be washed down with wine; well, if the locals do it… This menu radiates the true Sicilian style of food, taking influences from their geographical neighbours such as Spain, Greece, North Africa and, of course, mainland Italy.

Stefania and the rest of the team are wonderfully friendly. The interior is clean and bright yet still cosy, with long sharing tables and minimal décor inside. There are a couple of outdoor tables as well which are now useable, thanks to Pop’s new roof.

I tried a glass of their house white wine, the Caleo Inzolia. This is a delicious, crisp and dry white and I would highly recommend it if that’s how you like them. Also worth trying is the special edition Moretti beer they have, which has a noticeable flavour of orange blossom – it could be likened to one of those trendy, citrus-style IPAs. And it comes in a cute bottle.

First up on the food side of things we tried the Sfincione, a home-made Sicilian focaccia with tuma cheese, anchovies and a tomato sauce. The bread is rich, salty, savoury and perfectly baked. The melting cheese is unevenly distributed throughout, meaning you get some truly delicious mouthfuls when you chance upon a big chunk of it. The flavour of the cheese could be likened to a parmesan. With a cube of this bread in one hand and a glass of wine in the other, you can’t go far wrong. 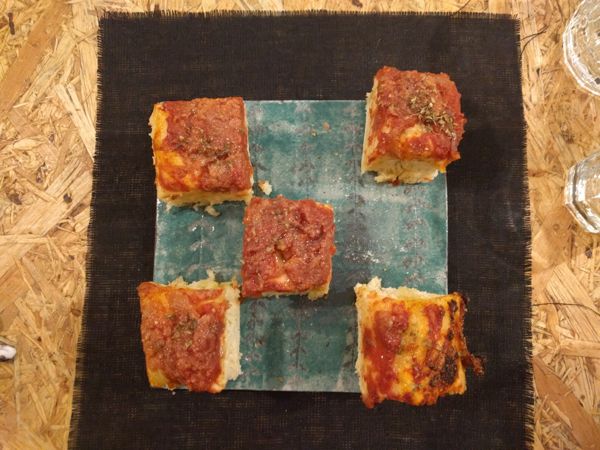 Next up, an impressive looking chargrilled polpo (octopus) arrived. I love the art of simple plating, serving up beautiful ingredients and letting them shout for themselves. The texture was just a little more al-dente than I would normally like but the smoky, charred flavour is utterly delicious.

My favourite dish of the night was the fresh pasta which comes with a choice of sauces; we opted for the ragu. And it was a proper ragu, with not a tinned tomato in sight. This humble sauce gets its creaminess from the battuto (minced carrot, onion and celery) and the meat juices. And it is both delicious and generous. The other stuff on the menu is awesome but I’d be equally happy popping back for a bowl of spaghetti and a glass of wine. 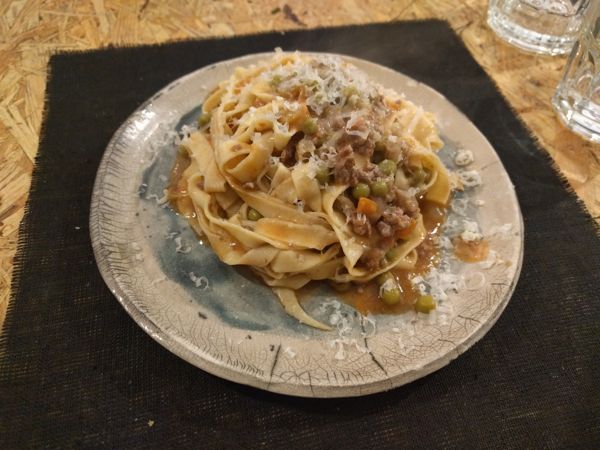 According to the menu, there is a Sicilian saying – futtitinne – meaning ‘don’t worry, make the most of life’. It’s temptingly written alongside the dessert menu. And because of it, we couldn’t leave without trying the warm dark chocolate souffle, which was the perfect way to end an excellent dinner. 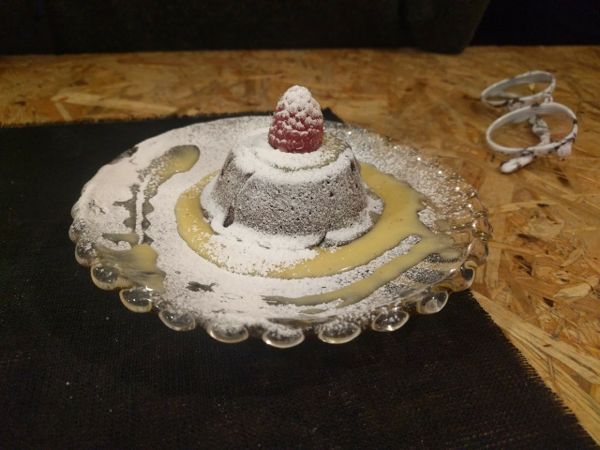 The cooking at Franzina Trattoria just goes to show that traditional, simple and delicious cooking will forever be a winner. The addition of a relaxed atmosphere, friendly service and good wine makes Franzina Trattoria a new favourite of mine and I hope that Stefania and Pietro are in Brixton to stay.