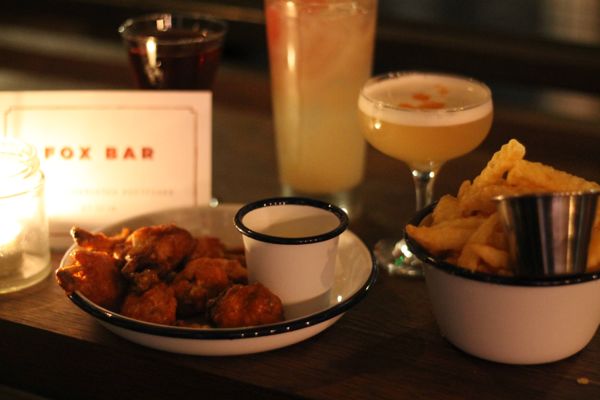 Our food and arts correspondent Mark Muldoon reports back with words and pictures from the latest local opening from the Soho House group in Brixton.

Although by now we’re getting bored of saying it ourselves, the big corporate invasion of Brixton continues. Soho House, having five minutes ago opened a branch of Dirty Burger on Coldharbour Lane, have now followed that with a much bigger multi-use space in Piano House. I don’t know about you, but this is helpfully placed downstairs from Pavilion Medical Centre – my GP’s surgery – meaning loads of us can now get judged by our doctors for drinking too many units a week, then head immediately downstairs to drown our sorrows about the whole situation.

The entire space combines the burgeoning Soho House eating brands Chicken Shop and (yes, again) Dirty Burger, for both of which the standard Brixton Blog advice applies: the chicken is a four star experience (certainly better than Nandos, it’s worth stating that as clearly as possible), the apple pie is a five star dessert masterpiece, the burgers are unimaginative (save for the veggie option), and the crinkle-cut chips are a waste of ours and everybody else’s time.

Of course there’s a ‘your guess is as good as ours’ line of questioning to be asked about why the hell Soho House has opened the world’s 14th Dirty Burger operation within five minutes walk of an existing branch. Maybe Dirty Burger is set to be Brixton’s next ‘Sainsbury’s Local’ phenomenon, where just walking three minutes down the road in any direction means you encounter another branch.

Also included in the basement development, though, is Fox Bar. This – save for Soho House’s other Fox Bar in Chicago, anyway – is an exciting for-now-at-least Brixton exclusive. And if that’s the kind of news that gets your contactless card begging for mercy, well, maybe don’t get too enthusiastic just yet. It’s a fairly standard (a harsh critic might choose to argue boring) looking late night drinking den – lightly American themed, with a strong emphasis on cocktails. These cocktails, however, are a reasonable £8. They’re classily made, rarely overly-sweet, pleasingly understated affairs. The staff are as charming as they always seem to be with this organisation. 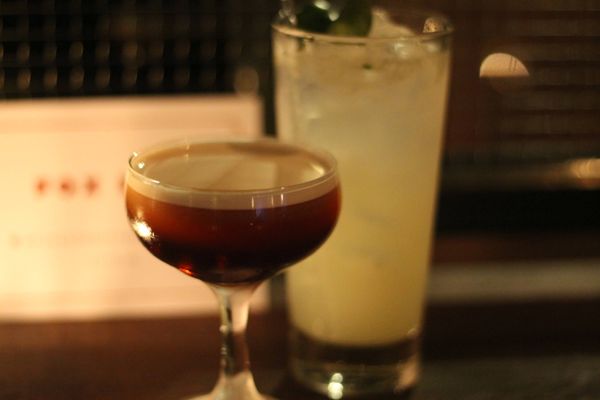 But the point remains: Soho House don’t seem to have put much thought into giving the bar any kind of unique feel or identity. If we’re comparing Fox Bar in the fairest terms – against its rival big-money entrants to Brixton, you’d have to say that it feels like The Columbo Group have lavished more attention on their opening of The Blues Kitchen and Phonox. Heck – even Turtle Bay visually out-performs this place. 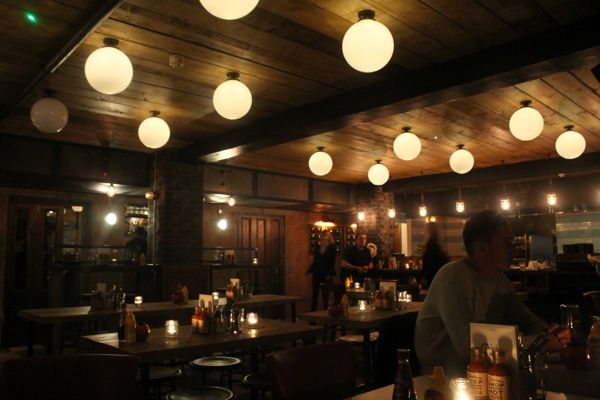 Still, the cocktail menu: yes. Chicken Shop: yes. For our money though, there seems little chance of Fox Bar unseating the Shrub and Shutter or Café Cairo as our local after-hours cocktail favourite. There’s just far more character and charm on display in these places already.

Mark Muldoon discusses all the fun Brixton – and London in general – stuff on Twitter and Instagram respectively.
We visited the new Soho House complex twice – once as a guest of the organisation, and once on our own dime.