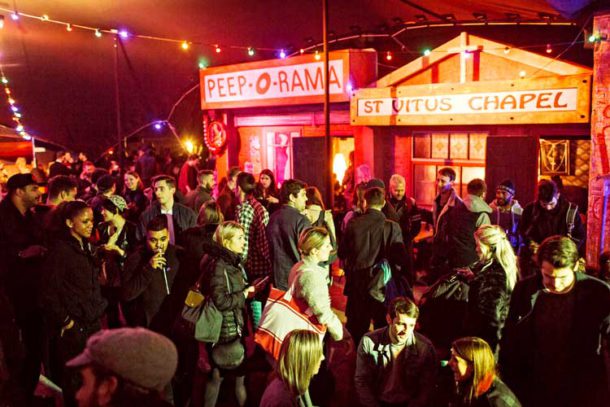 The next incarnation of the Popes Road rooftop, previously home to the South Pole Saloon and Brixton Beach Boulevard, is “Big Apple Brixton”.

Once again you’re promised an “immersive production”. What that means will be familiar to anyone who’s spent time at Glastonbury or Boomtown – it’s a film-set-style themed bar and club space with some costumed performers.

This time the inspiration is New York in the late 1970s at the birth of Hip Hop which means you get a Studio 54 inspired club room called Le Freak (which wasn’t ready on the opening night) and private rooms including a peep show and a record store among the attractions. 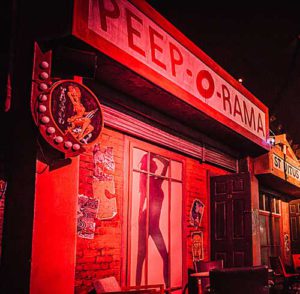 The burger we tried was tasty and reminiscent of local favourite “Honest” with slightly rare aged beef, crispy bacon and a sweet onion relish.  Our mac and cheese also went down well with a generous portion and a rich cheesy sauce. Expect typical street food pricing.

The beer selection was disappointing in the age of craft beers – we were drinking a reasonable IPA at a wallet emptying £6.50 a pint but the other, cheaper, options were big brand cooking lager and cider. I’m sure there are cocktails if that’s your thing.

You’ll know already whether you like this sort of place, but we had a good time and I can see myself going back with a group of friends.

The food was good if unoriginal and there is enough seating to have a chance of a perch while you eat – one of the failings of nearby Pop Brixton.

The bar area looked big enough to keep the drinks flowing without long waits, though the limited beer selection is a shame.

Music was loud on the dancefloors but not too intrusive away from them and a soundtrack of classic Hip Hop will always bring a smile to my face and a shuffle to my feet.

The biggest weakness looked like it would be the toilets – even on the opening night some were already missing seats and the tiny pedal bins meant hand towels littering the floors.

The whole venue is covered by a large tent so you should you should stay dry but it is outdoors, so remember to wrap up warm.

Big Apple Brixton is open Thursday to Sunday from now until 1 January with advance tickets currently ranging from free to £3. Find out more here.

If you’re looking for an unusual fitness class they have Disco Yoga on Monday evenings and Witness the Fitness hip hop fueled Cardio on Tuesday nights at £10. 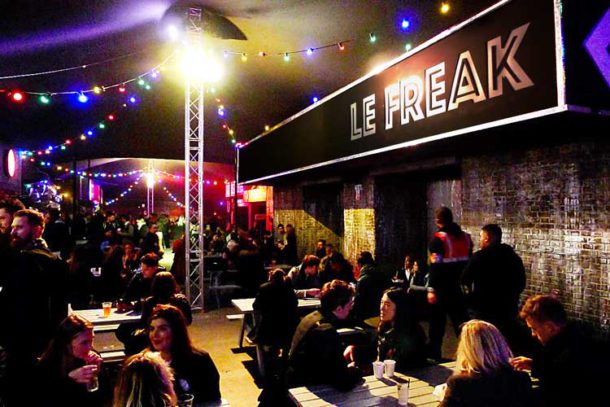 Brixton BID Call for the Curfew to be Cancelled