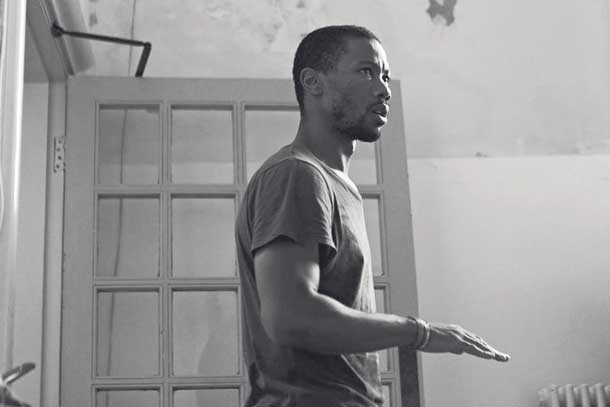 Alex Kiffin from Brixton has landed a leading role in the London premiere of a Tennessee Williams play opposite Holby City star Rob Ostlere (Arthur Digby).

Alex, who attended the Guildford School of Acting, will appear with Ostlere in Confessional at the Southwark Playhouse as Tony, the law enforcer in a pub full of reprobates.

He started his acting career later in life at 25, but he has made up for lost time. Since graduating in 2012, he has done several theatre productions including critically acclaimed Streets, which was nominated for two Offies awards. Alex has also appeared in Javeon McCarthy and Skepta music videos.

“I always enjoyed acting at secondary school, and I didn’t realise you had to train to be an actor,” said Alex. “So what really made me want to become an actor was when I used to do extra work on EastEnders, I saw what the main actors were doing on set and thought ‘I can do this’.

Confessional is set in a run-down seaside bar in Southend. The actors use British accents and mingle with the audience.

“You will literally be sat in the bar drinking, while the action kicks off around you,” says director Jack Silver. “You get to join the bar’s regulars over the course of one furious and fun evening, as a pair of strangers enters their world – and all hell breaks loose. It’s like an episode of EastEnders that you get to sit in.”

Confessional was written by US playwright and screenwriter Tennessee Williams, who rose to fame in the 1950s with a string of hits including A Streetcar named Desire with Marlon Brando, Sweet Bird of Youth with Paul Newman, Cat on a Hot Tin Roof and The Glass Menagerie.

Confessional, Williams’ first play to feature an openly gay character, gets its London professional premiere in a four-week season at Southwark Playhouse, 77-85 Newington Causeway, SE1 from 5 to 29 October. It had a critically acclaimed run at the Edinburgh Fringe last year.

Silver says: “You don’t know till the very end which of your fellow drinkers/audience members has a speaking part. I want the audience to feel unsafe, I want them to have a physical reaction to the play which means something in their instinct compels them to watch.

“When you sit on the Tube and there’s a sketchy guy on your carriage, you have to watch him, even out of the corner of your eye. Because something deep within you says that if you don’t watch out, you might not be safe. I’m trying to recreate that instinct, to compel you to watch.”