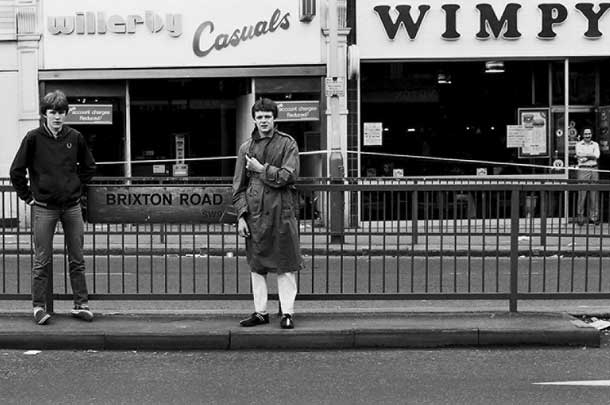 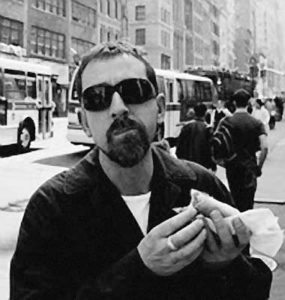 Nowadays it’s easy, marvellous Mark Zuckerberg can remember it for you wholesale. Real memories are so last century. My journey back to 1980s Brixton predates Tim Berners-Lee and Facebook, so I have to delve into old shoe boxes of photos, concert tickets and, that most analogue of tools, the human brain. Nick Buglione’s excellent adventure.

To a kid growing up in leafy white middle class Dulwich, Brixton was a scary, exciting, crazy home to most of the kids I went to school with.

For I was sent to the long gone and not too fondly remembered Tulse Hill School, an eight-storey glass and brick comprehensive monolith with, in its heyday, almost 2,000 boys, an unhealthy slice of racial tension and one of London’s worst disciplinary records.

Thankfully I wasn’t there for the running street battles with the also now demolished Dick Shepppard and the mass pupil walkouts.

Still, it boasted Red Ken (more or less my political hero warts and all) among my predecessor alumni. I think I survived by having decent trainers and being in the football team which gave me a degree of protective cachet.

So Brixton’s infamous 1981 riots and Lord Scarman passed my innocent 11-year-old schoolboy more or less by, and my introduction to the place where I now live was the end of term treat where I was given a couple of pound (notes!) to wander down the hill with my footie teammates to go for a Wimpy.

I remember getting lost in Brixton Market and having to go into the police station to tearfully beg 10p for the bus home.

Fast forward a few years and Brixton had become a kind of voyeuristic playground to dip, and eventually immerse myself into.

The Dogstar was but a twinkle in Lawrence Merritt’s eye and was a dubious pub called The Atlantic. The Fridge wasn’t yet embedded in the old Ace Cinema (Electric Brixton to the new arrivals) but was a bijoux club down towards the Wimpy over the Electricty Board showroom – hence the name – where we bopped unconvincingly to Frankie Goes to Hollywood holding cans of Red Stripe.

Legend has it that Joe Strummer bankrolled Andrew Czezowski and Susan Carrington’s move to the “big” Fridge with a bag of contraband tenners. Little did I know that one day I would work for them.

In between, it, along with The Wag (RIP Vaughn Toulouse), became a weekly home from home, for Launderette with Andy & Ben Boilerhouse and, most wonderfully, every Friday night for Soul II Soul. The Friday after Back to Life went to number one was amazing and Jazzie B and Nellee Hooper introduced me to Run DMC, EPMD, Eric B & Rakim and Public Enemy.

They, along with The Smiths, Echo & The Bunnymen, Red Guitars, Human League, OMD, The Clash and Teardrop Explodes were purchased at the excellent Red Records, in its earlier vinyl persona (and of course occasionally Woolworths – remember Woolies (now H&M) – for the chartier stuff). And so was kickstarted a lifelong expensive devotion to vinyl (with a dispiriting forced 1990s detour down the compact disc cul-de-sac).

And, of course, everyone played the magnificently scuzzy Academy. It was there I saw the Smiths twice (out of four times, the others being Glastonbury and the glorious Save the GLC fest at County Hall), The Clash circa Combat Rock (from which I returned with a Red Brigades T-shirt?), Siouxsie & The Banshees, the Bunnymen and, in the era of the warehouse party, those epic Westworld extravaganzas.

Back then we drank at the gothy-tinged Prince Albert (still there, but just “refurbished”) and the gloriously unruly George Canning (now Hootananny) which, in the era of 11pm pub shutdown, for some reason stayed open till 1am.

Perhaps the most obvious paradigm of old school Brixton and today’s regenerated, gentrified and some would say ethnically cleansed version was the Tube.

A late night Tube journey home to Brixton was an exercise in increasing solitude as no-one came here. We often were the only ones left in the carriage by Brixton. And getting a black cab to take you home from town was almost impossible. Compare and contrast with today.

The Ritzy was massively important, not just for the discovery of amazing films, but back then it denoted the borderline between “do go” and “don’t go” Brixton.

Coldharbour Lane was decidedly murky after sundown and our forays down there, and occasionally along the famous “Frontline” (daytime only) were only ever in search of herbal contraband. We usually got the Schwartz variety.

Having alluded to “don’t go” areas, despite the reputation, we remained unmugged, unrobbed, unscathed and more often than not, unstoned.

Unlike today’s shiny middle class multiplex, the Ritzy back then was a glorious single-screen fleapit palace, home to Pat Foster and Claire Binns’ carrot cake and tea all-nighters and even gigs (Billy Bragg, the Sid Presley Experience).

We would go to squat parties in Bonham Road, dodgy bits of Stockwell or the sprawling arty mega squat Cool Tan building and pitch up at the Ritzy at ungodly hours to catch Bladerunner, Alien, Body Heat, Subway, The Shining, Blue Velvet et al. Where everyone knows your name and you were almost guaranteed to find mates already nestled down for the night, having popped down Coldharbour Lane. Shabbily splendid. Much like 1980s Brixton. 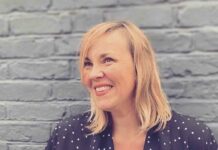 How to give the gift of Brixton in a box

A new service for enjoying local products at home has just launched with a gift box showcasing Brixton. Steven Wilson created indebox after he was...

Brothers who bring beauty to Brixton