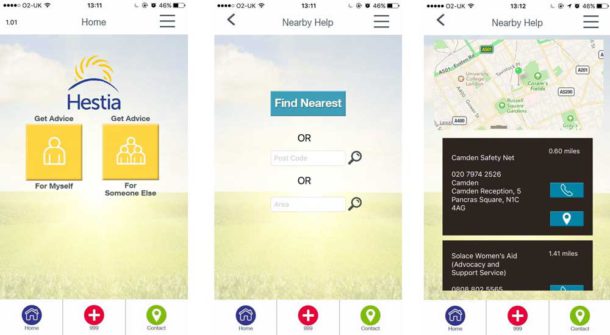 A South London charity that provides services throughout Lambeth has launched a groundbreaking app to help people experiencing domestic abuse or who are concerned that a friend or family member may be suffering abuse.

Hestia is the largest provider of domestic abuse refuge services across London and its “Bright Sky” app is available for Android and iOS.

It was developed in partnership with Newton Enterprise Consulting and has a journal and a directory that will locate the nearest domestic abuse advocacy service, either through the mobile device’s GPS system or an area or postcode search.

The journal enables entries to be made in text, photo, video or audio form. These are then sent to the user’s own chosen secure email address.

“This app is a huge step forward to bringing about much needed assistance to those who have experienced the trauma of an abusive relationship,” said Patrick Ryan, CEO at Hestia.

“We are grateful to Newton Enterprise Consulting for helping us to develop what is in essence a lifeline to hundreds of women and men across the UK.”

The app also has a function which gives users the ability to reflect on and asses the health of their relationship.

Through a series of questions, the app provides advice on the health of the relationship and what course of action someone ought to take should the results suggest that the relationship is an abusive one.

“Hestia is more fully enabled to achieve their purpose of ending domestic violence through both traditional services and now digital services.

“Patrick’s commitment to provide services through a digital platform is truly visionary in social services.” 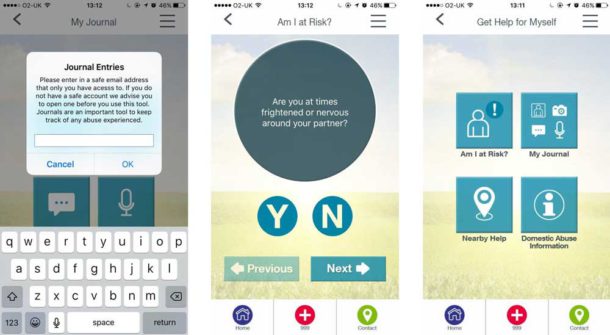 The launch of Bright Sky ties in with work Hestia is doing to bring about an end to domestic violence and sexual assault across the UK with its campaign “UK SAYS NO MORE”.

Its aim is to dispel common myths and to engage bystanders on the issue by making it the responsibility of every UK resident to stand up, take note and take an active step to end domestic violence and sexual assault.

It promotes the use of a new national symbol to express support for ending domestic violence and sexual assault in our society.