Your guide to what’s happening in Brixton this week 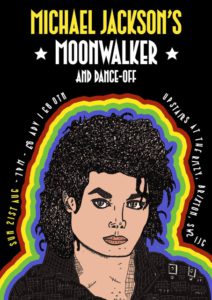 Thurs 18 @ Black Cultural Archives
Ebun Culwin, artist, poetess, and screenwriter will be talking about the donation of intimate and personal material to our archive.  Ebun was fostered at a very early age, and the papers document her continued endeavours to obtain details about both of her parents from Dr Barnados. Free, priority booking to Friends of Black Cultural Archives. 6pm to 7.30pm.

Fri 19 @ The Ritzy
Brixton’s Ritzy cinema will be one of the hosts for the fifth Argentine Film Festival, which is in London from 18 to 21 August. The festival will feature the best contemporary films from and about Argentina, as well, say the organisers, as plenty of Malbec and special events. On Friday, director Pablo Trapero will be in London to present The Clan, set in Argentina at the start of the 1980s: behind the respectable façade of a well-to-do family in the traditional neighbourhood of San Isidro is a sinister clan dedicated to kidnapping their wealthy neighbours. From £12. 6.45pm.

Sun 21 @ Brixton Soup Kitchen
Brixton Soup Kitchen founder Solomon Smith is organising Soliy’s BBQ Splash – a barbecue competition festival to raise awareness and funding for BSK. The festival will be in BSK’s large green open space garden at 297-299 Coldharbour Lane, SW9 8RP, from noon to 8pm. Entry will be free with an option to donate.