As this British summer continues to elude many of us there is always the option of hiding out in the cinema until the sun comes back out to play. July is at least heating up with some varied options for film lovers. This begins with the American holiday themed sequel INDEPENDENCE DAY: RESURGENCE (from 1 July) that has director Roland Emmerich returning to his alien invasion story twenty years later. Bill Pullman is also back as the former President – let the speeches commence! 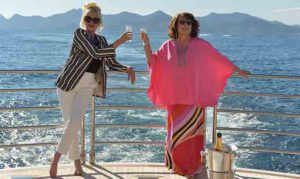 Another spawn of an original idea hitting screens is ABSOLUTELY FABULOUS: THE MOVIE. The big screen story is written by one of its stars, the darling of the darlings—Jennifer Saunders. Fans of the television series can rejoin the cantankerous duo of Edwina and Patsy as they get into even bigger sozzled scraps in the fashion world. Feel like adding some bubbly to the mix? The Ritzy is also doing three brunch time boozy screenings with Bollinger. Isn’t that fabulous?

From the independent film world arrives NEON DEMON (from 8 July) from Drive director Nicolas Winding Refn. Starring the elfin angel actress Elle Fanning, the film has enjoyed tremendous buzz after Cannes Film Festival. Fanning finds herself in the treacherous world of modeling in Los Angeles. MAGGIE’S PLAN (from 8 July) stars a stellar indie cast, with Greta Gerwig playing a young woman having an affair with a married man played by Ethan Hawke, whose wife is none other than Julianne Moore. From director Rebecca Miller, this snarky anti-rom com might just be the thing for a date night. 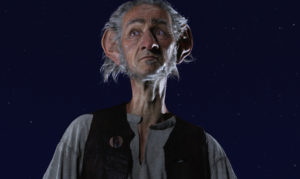 This month is also privy to some big booming movies! The all female GHOSTBUSTERS (from 15 July) from Bridesmaids director Paul Fieg is finally here. Now we can all take a break from judging the trailers and get down to brass tax on the film. Then comes Steven Spielberg’s adaptation of Roald Dahl’s THE BFG and the next installment of Trekkie time with STAR TREK: BEYOND (both from 22 July). Bridge of Spies Oscar winner, Mark Rylance plays the gentle giant in a film that is sure to melt event the coldest of hearts. And finally FINDING DORY (from 29 Jul) comes across the pond, as the Disney/Pixar sequel to Finding Nemo has already been well released and reviewed in the U.S. 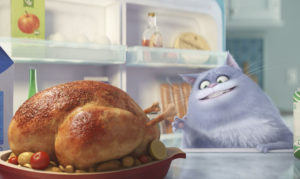 Other options this month include the documentary THE HARD STOP (from 15 Jul) that will feature a special Q&A screening on July 16th with director George Amponsah. The animated SECRET LIFE OF PETS (from 1 Jul) is a family flick to wet the pallet before the fishes sequel arrives. Rachel Tunnard’s ADULT LIFE SKILLS (from 1 Jul) and documentary WEINER (from 8 Jul) are also on. The Ritzy’s ongoing Studio Ghibli Season continues.

Nicola Jones is a new writer for the Brixton Blog and Bugle. Read more from here at asophisticatednoise.com or find her tweeting @MzJones